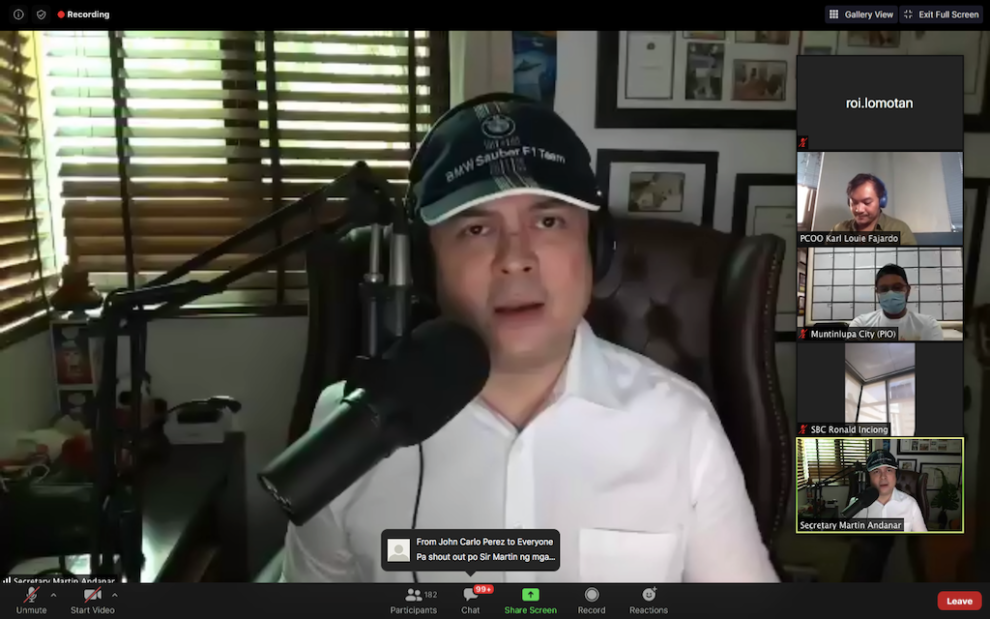 The partnership between the Presidential Communications Operations Office (PCOO) and the Department of Education (DepEd) to provide distance learning education will benefit the Filipino youth.

During the 5th Virtual Town Hall Meeting organized by the PCOO, National Inter-Agency Task Force (IATF), and the National Task Force (NTF) – Covid held May 29, PCOO Sec. Martin Andanar said this undertaking will pose some challenges but it also has benefits.

“I’m looking forward to this distance learning education albeit it is no longer face-to-face. There are challenges but there are pro’s for this,” Andanar said.

DepEd Sec. Leonor Briones earlier made a proposal to utilize the state-run channel IBC-13, which is under the PCOO, as a platform for television-based instruction which is one of the proposed alternative methods of learning while public schools could not hold physical classes due to the Covid-19 pandemic.

Andanar expressed his support to this endeavor.

Andanar also disclosed that PCOO officials had a meeting with IBC-13 executives and presented to them their plans on the distance learning concept.

He said their proposal was well-received by the network officials.

The PCOO secretary also noted that the next step is to hold another Technical Working Group (TWG) meeting.

“The plans of IBC and the plans of PCOO will be merged. After that we will be meeting Congress and the Senate,” Andanar said.

He is positive that the partnership between PCOO and DepEd will have a great impact on the country’s youth.

DICT-7: PH forced to be technologically savvy under ‘new normal’
DOT-7 sees need to reinvent CV as a tourism hub