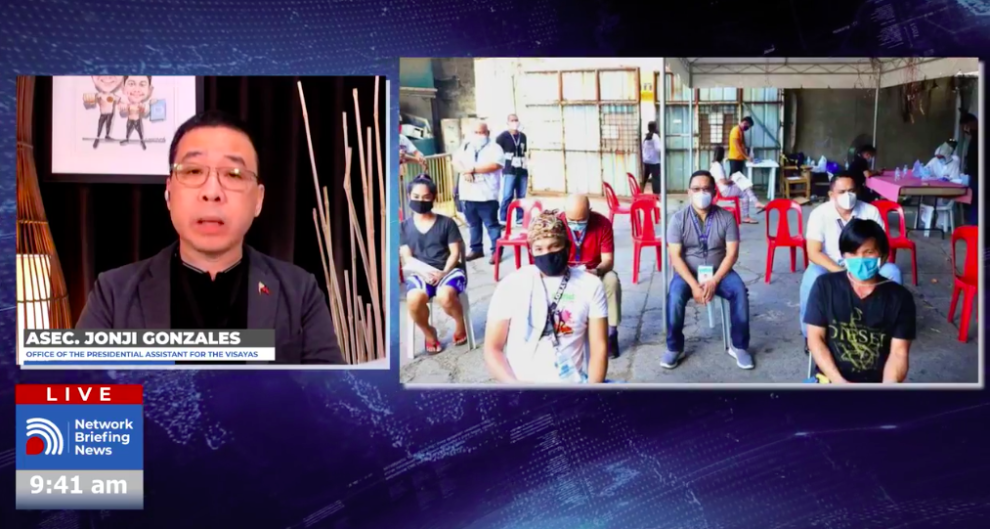 The Office of the Presidential Assistant for the Visayas (OPAV) will raise to the National Inter-Agency Task Force (IATF) on Covid-19 the concerns of some local chief executives on the guidelines for the management of the arrival of Locally Stranded Individuals (LSIs).

Gonzales disclosed he is already aware of Negros Oriental Gov. Roel Degamo’s concern about returning LSIs who test positive for Covid-19 based on another round of swab tests conducted on them by the Integrated Provincial Health Office (IPHO).

He added that Degamo is also requesting the IATF to consider granting the provincial government the authority to modify the guidelines for returning LSIs at the local level.

Degamo is seeking to require LSIs to show proof of having taken Covid-19 tests with negative results and certificate of acceptance from their home Local Government Units (LGU) before they will be allowed to enter the province again.

The two said requirements were already stipulated in a local resolution made by the Provincial IATF-Emerging Infectious Disease (EID) but were overruled by the national guidelines which require LSIs to secure only two documents, which are the certificate that proves a person is fit to travel and a travel authority.

“Ito yung mga hiling niya na sana mapakinggan ng national government Kasi nagkakaproblema. Maraming dumadating nagkakapositive kapag nag-PCR sila (These are his requests which he is hoping the national government will consider since they are having problems in this area. A lot of returning people are turning positive after they take PCR tests),” Gonzales said during the interview.

As of yesterday, there are 22 confirmed cases of Covid-19 recorded in Negros Oriental.

Majority of those are LSIs, including 13 of the 164 fishermen who returned to the province last month after a fishing expedition in Palawan.

All of them, however, are asymptomatic.

Gonzales said this problem is not only happening in Negros Oriental but also in Ormoc City in Leyte.

“I think this is something we have to address. Our office will be coordinating closely with Sec. (Carlito) Galvez and Sec. Vince Dizon para makita natin kung ano ba talaga iyong maiging guidelines for LSIs,” he added.

On the other hand, Gonzales also shared that since June 1, the Department of the Interior and Local Government (DILG) released a memorandum to all LGUs to create a one-stop shop to cater to the needs of LSIs.

Meanwhile, in a separate media briefing held at the Capitol on June 4, Degamo clarified that he does not prohibit LSIs from going back to the province since it is a directive of the national government, but he also wants to protect the millions of NegOrenses from the threat of Covid-19.

“For the past two months wala tay positive. We are trying our best na dili magka-covid ang mga katawhan nato sa probinsiya. Pag-abot aning mga LSIs all of the sudden naa tay Covid. We are accepting LSIs wala namo na ginadili. But I have to protect the 1.5 million of this province (For the past two months we didn’t have a positive case. We are trying our best to protect our people from Covid. However, covid cases emerged upon the return of LSIs. We are accepting LSIs. We are not barring them from coming back here but I have to protect the 1.5 million residents of this province),” Degamo explained.

Degamo had a virtual meeting with DILG Usec. Epimaco Densing and Gonzales also on the same day where he reiterated this concern.

The governor said both officials understood his plight and Densing has asked him to put his request in writing which he will raise to the national IATF. (ral/PIA7-Negros Oriental)