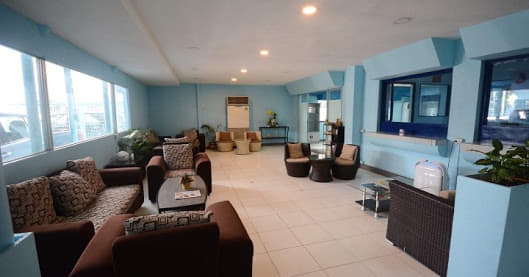 CEBU CITY— The Land Transportation Office (LTO-7) in Central Visayas has established 11 more LTO-offices since January 2018 in addition to the existing 12 offices in the region to serve the public efficiently and better.

There are also TOPO in Alturas Mall in Tagbilaran City; LTO Garcia-Hernandez in Jagna; and Tagbilaran City District Office Licensing Extension Office all in Bohol.

“Malasakit Lounge will turn one year in October this year and we are glad that Asec. Galvante approved this initiative as our way of giving back to the public for the convenience of everybody,” Caindec said.

He added that the Malasakit Lounge aims to provide convenience to all senior citizens, persons with disabilities, pregnant, lactating women, and diplomatic officials in getting new driver’s license while enjoying the amenities at the lounge.

According to him this is the only Malasakit Lounge in the whole of LTO offices in the country and we hope to establish more in other islands in the region.

In April the LTO-7 turned over its Malasakit Lounge to Cebu City Medical Center (CCMC) which served as temporary quarters of the hospital’s front liners which serves about 80 health care workers. The lounge is now under the LTO-7 after Cebu City was placed under General Community Quarantine (GCQ) where public transport is no longer a challenge, Caindec said.

He added that now a portion of the Malasakit Lounge is utilized as LTO 7’s Driver’s Education Center (DEC). “We already have the go signal from Asec. Galvante and we are just finalizing everything before we can start offering our DEC to the public.”

Caindec went on that those LTO Offices are now authorized to accept and process applications for new driver’s license and utilize the Automated Driver’s License Examination System (ADELES) facility. He added that before, only renewals were allowed in the said offices, they can already process new licenses as well.