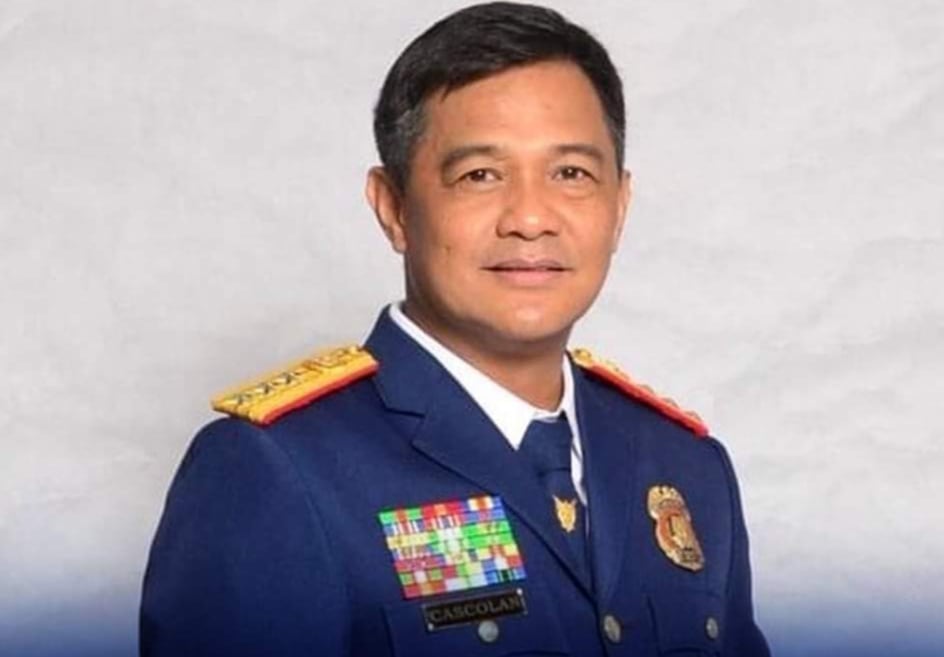 Cascolan, erstwhile PNP 2nd in command as The Deputy Chief for Administration (TDCA) was designated Chief PNP with the rank of Police General by President Rodrigo R Duterte to ensure continuity of command in the supervision of all administrative and operational execution of the PNP mission “as the weight of responsibility of the PNP increases due to the pandemic and the threat of terrorism.”

In a statement, PNP Spokesperson, Police Brig Gen Bernard M Banac said Cascolan “brings with him the occupational specialty in command and control, honed by vast experience in field operations and strategic management.”

Upon graduation from PMA in 1986, Cascolan saw action in Parang, Maguindanao as Junior Officer and Platoon Leader in the Regional Special Action Force (RSAF) of Central Mindanao until 1988.

From Mindanao he was reassigned to Western Visayas where he was designated to various leadership positions in the 324th PC Company in Iloilo, the 1st Iloilo CAFGU Active Auxiliary Company, 1st and 3rd Provincial Mobile Groups of Iloilo, and as Chief of Police of Barotac Nuevo, Ajuy and Balasan Police Stations.

After serving 13 years in the field, he was reassigned to an administrative post as Chief of the Special Research Division of the Philippine Center on Transnational Crime (PCTC) in Camp Crame from 1999-2001, and thereafter, as Security Officer to then Police Director General and DOTC Secretary Leandro Mendoza until 2003.

For four years in 2004-2008, he held highly technical positions in various capacities while assigned with the PNP Aviation Security Group, including a stint as Chief of the 7th Police Civil Aviation Security stationed at the Cebu International Airport in Mactan.

In between these command assignments he also served staff functions as Regional Finance Service Office Chief for the Davao Region, and as Chief of the Case Monitoring Division of the Directorate for Investigation and Detective Management (DIDM).

He was named PNP Director for Operations in 2016 where he operationalized the Double Barrel Strategy to implement the national anti-illegal drugs campaign.

In 2018 he commanded the National Capital Region Police Office as Regional Director, and briefly served as Director of the Civil Security Group before he was elevate to the PNP Command Group as Chief of Directorial Staff (TCDS) in September 2018.

As consistent government scholar, Cascolan is a product of the University of the Philippines System where he completed his secondary education at the UP College Baguio High School in 1981 and Master in Public Management at UP Visayas in 1995.

In a concurrent capacity as TDCA, he was Commander of the Administrative Support to COVID -19 Operations Task Force (ASCOTF) that provided administrative support and formulated strategic policy on PNP response to the national health crisis. (PNP-PIO)

A school in Basilan as beacon of hope for dynamic distance learning
PLDT, UV-GCM forge partnership for e-learning, connectivity solutions