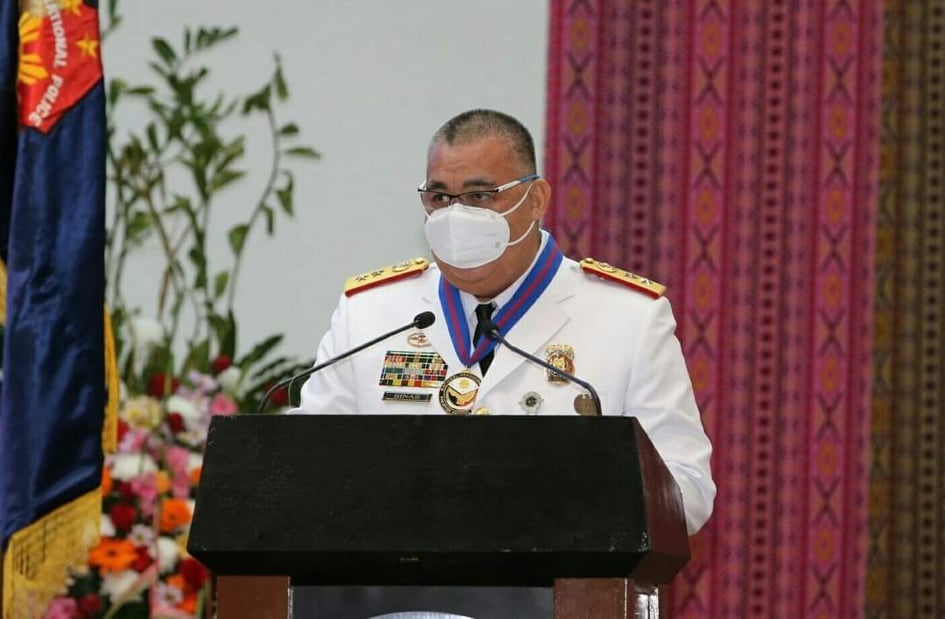 During the ceremony, Año passed on the command saber and symbol of leadership to Sinas that was relinquished by retiring Police General Camilo Pancratius P Cascolan. 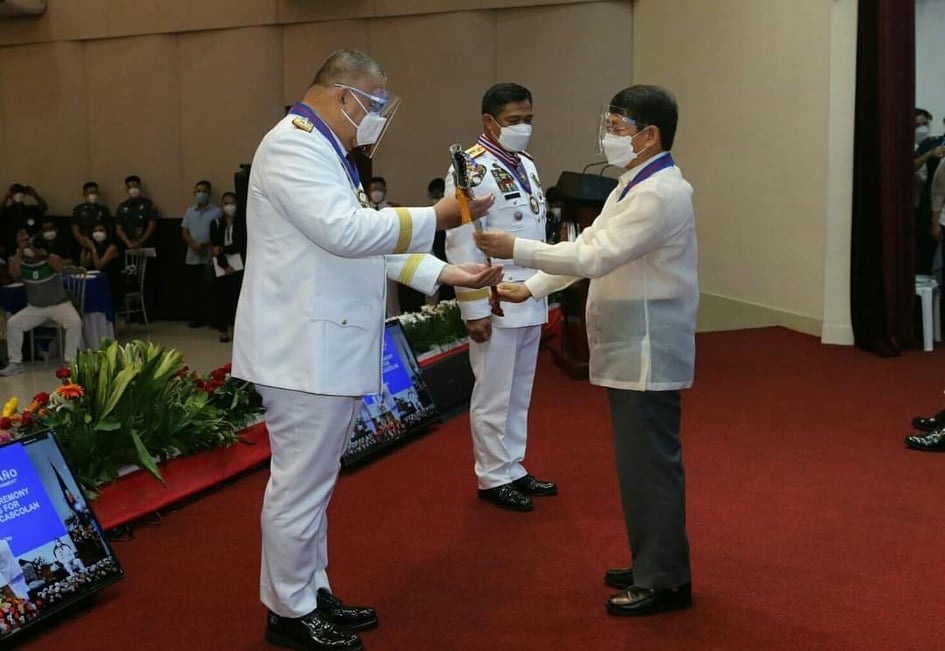 In his keynote address, Año highlighted the significant accomplishments of the PNP under Cascolan during the recent months while the country is facing the health crisis.

Año underscored the challenges ahead for the PNP as it continues to perform its law enforcement and public safety mandate under the prevailing conditions to which he took Sinas to task to “Take Charge.”

In his assumption remarks, Sinas assured PNP units of optimized utilization of resources by downloading funds to the lowest police units as a key feature of a fiscal reform program that he vowed to put into action along with the 85% patrol and 15% administrative deployment scheme of personnel to maximize police visibility as deterrent to crime. 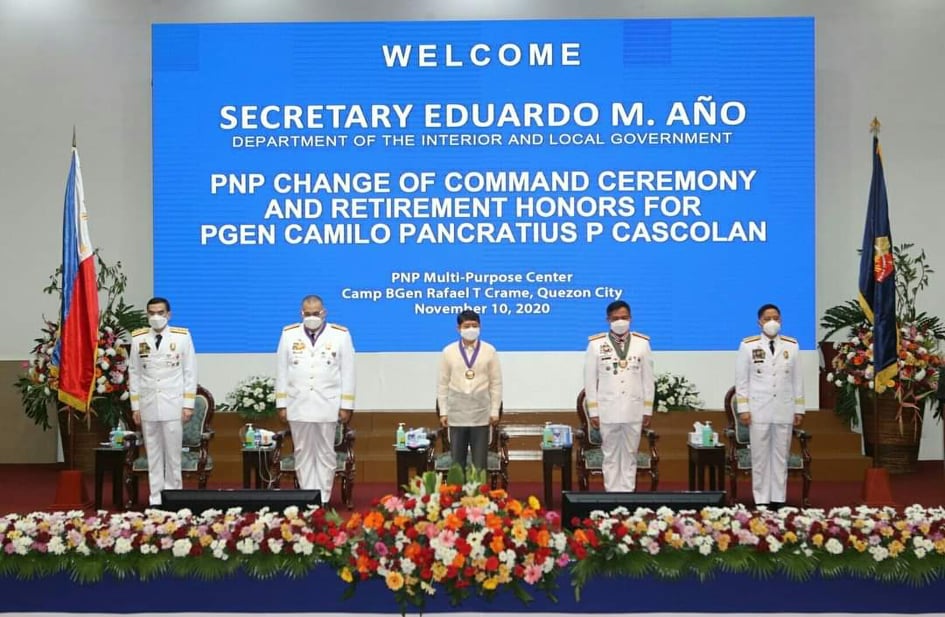 Sinas also made known his priority program to lead the PNP in the national campaign to End Local Communist Armed Conflict and the national crusade against crime, illegal drugs, corruption, and terrorism.

To put emphasis to discipline in all PNP camps and stations, Sinas reiterated outstanding command policy that prohibit golf games by PNP personnel during working hours, and banned police personnel from gambling establishments and similar places.

A system of “reward and punishment” will be the guiding standard for discipline in the organization, he said. 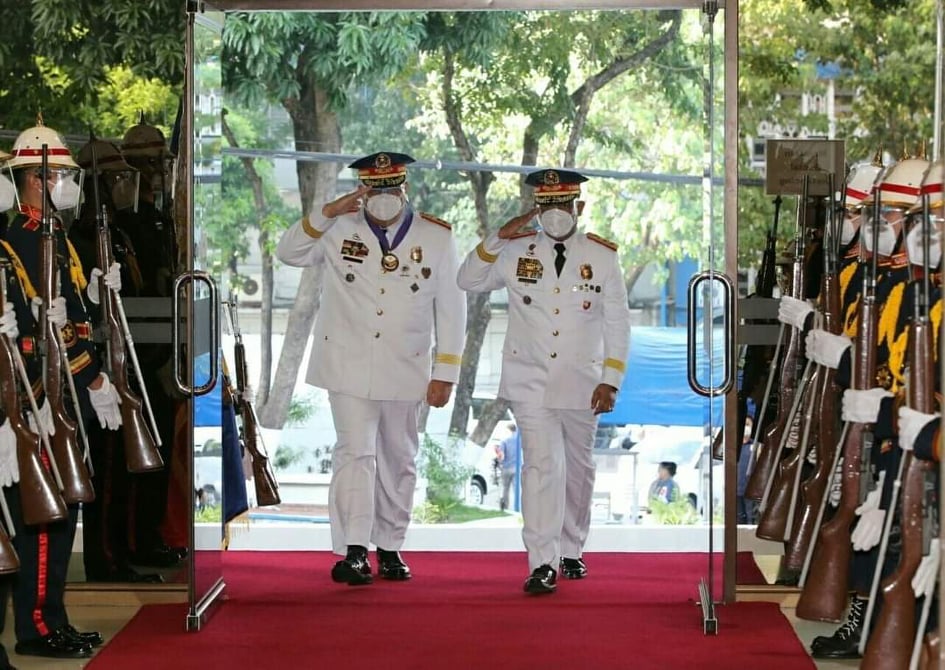 He also outlined his action program for PNP COVID-19 resiliency by ordering the establishment of health units and care facilities in all PNP lineunits and stronger emphasis on Community-Oriented Policing as an active response to the health crisis. (PNP-PIO)