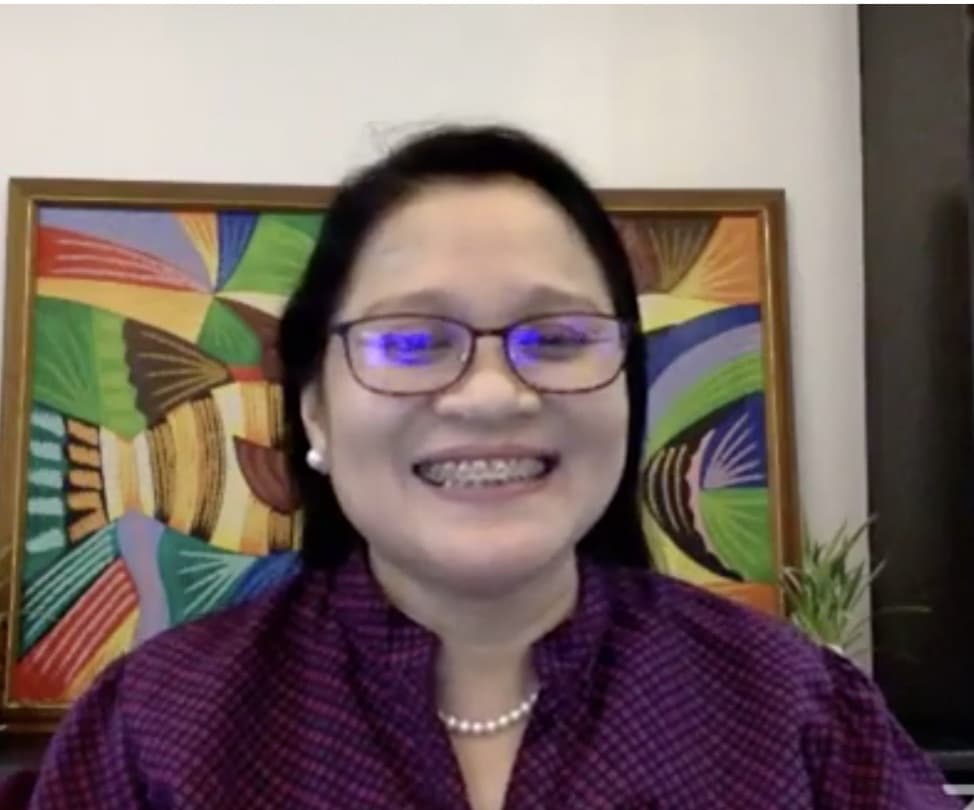 CEBU CITY – Zonta Club of Cebu II, in partnership with the Integrated Bar of the Philippines Cebu City Chapter, hosted its first of a series of webinars for creating safer spaces and VAW free communities on November 24, 2020. In attendance were members of Zonta Club of Cebu II, IBP Cebu City Chapter, city officials of Mandaue, VAW focal persons, PNP-Women’s Desk personnel and other guests. The series titled “Dissecting the Safe Spaces Act” aims to push for localized adaptation of Republic Act-11313, better known as the Bawal Bastos Act of 2019.

The first webinar was about “Creating Safe Spaces: Responding to Gender-Based Sexual Harassment.

Key speaker was Atty. Mylen Gonzales- Esquivel, Philippine Commission on Women Gender Resource Program. Myles, as she is fondly called, is one of the country’s leading women’s rights advocates and an expert extraordinaire in the laws and legislation protecting women’s rights. Esquivel’s presentation aims to strengthen knowledge on the newly legislated gender-based sexual harassment law and for the public to gain better understanding and appreciation on the roles and responsibilities of everyone in creating safe spaces for all.

To better understand the impact and importance of RA-11313 Esquivel provided insights into the historical background of sexual harassment laws, from the DOLE Administrative Order No.80 series of 1991 and the Civil Service Commission Memorandum Circular No.19 series of 1994 to RA-7877 Anti-Sexual Harassment Act of 1995 passed by Congress and how it evolved into The Safe Spaces Act of 2019 or The Bawal Bastos Law (RA-11313).

Though the Anti-Sexual Harassment Act of 1995 (RA-7877) created a mechanism to investigate, prosecute, penalize SH and made employer of head of office or institutions liable for failure to take action on reported SH cases, it only limited acts committed in the workplace and in educational training institutions in public and private sectors and violations covered superior to subordinate SH only.

RA-7877 also does not provide protection from retaliatory action, particularly against employees with no security of tenure and students. 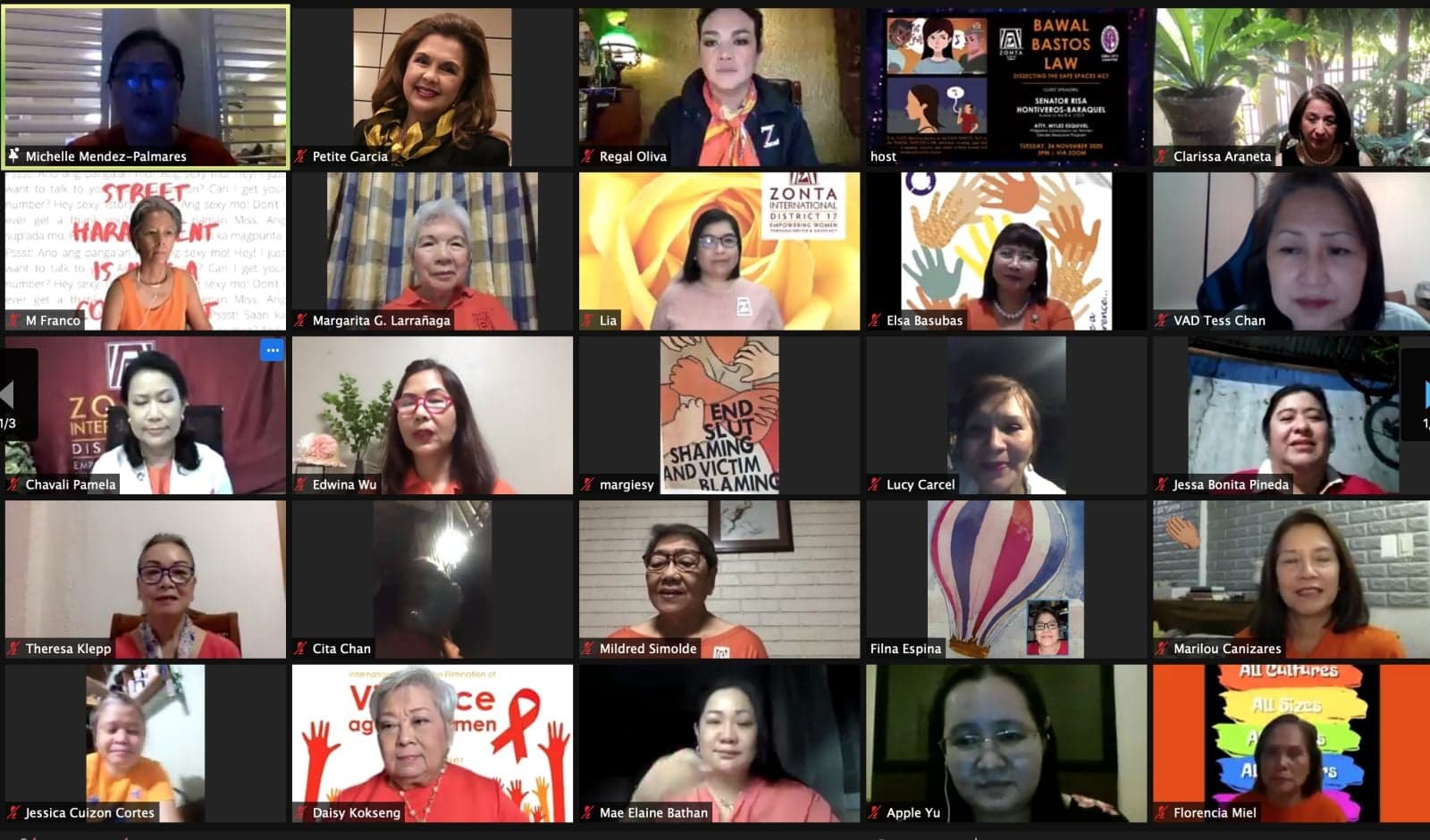 The Safe Spaces Act of 2019 (RA-11313) a landmark legislation, 24 years in the making, amends and expands the definition of sexual harassment. The Act defines gender-based sexual harassment in streets and public spaces (GBSPSH),online(GBOSH), workplaces(GBHW), and educational and training institutions (GBSHETI). The law also provides protective measures and prescribes graduated penalties for repeat offenders.

Sexual harassment crimes committed under gender-based streets and public spaces include any unwanted and uninvited sexual actions or remarks against any person regardless of the motive for committing such action or remarks. Catcalling, wolf-whistling, unwanted invitations, misogynistic, transphobic, homophobic and sexual slurs; statements of sexual comments and suggestions, relentless requests for personal details, offensive body gestures, groping, making offensive body gestures at someone, and other lewd sexual actions are some of the descriptions of these crimes.

For the successful implementation of the Safe Spaces Act of 2019, government agencies, from national down to LGUs, are duty-bound to pass laws and ordinances that will localize the applicability of the RA-1131and to embark on a massive information and advocacy campaigns to prevent gender-based sexual harassment violations in all public spaces in the communities.

Those who participated in Atty. Myles webinar truly came out of it well-informed about RA-11313. But most of all, her commitment to the protection of women’s rights resonated throughout her talk. Truly an inspirational speaker.

Let us value the dignity of every human person and guarantee full respect of human rights. VAW Free Community Starts with Me. 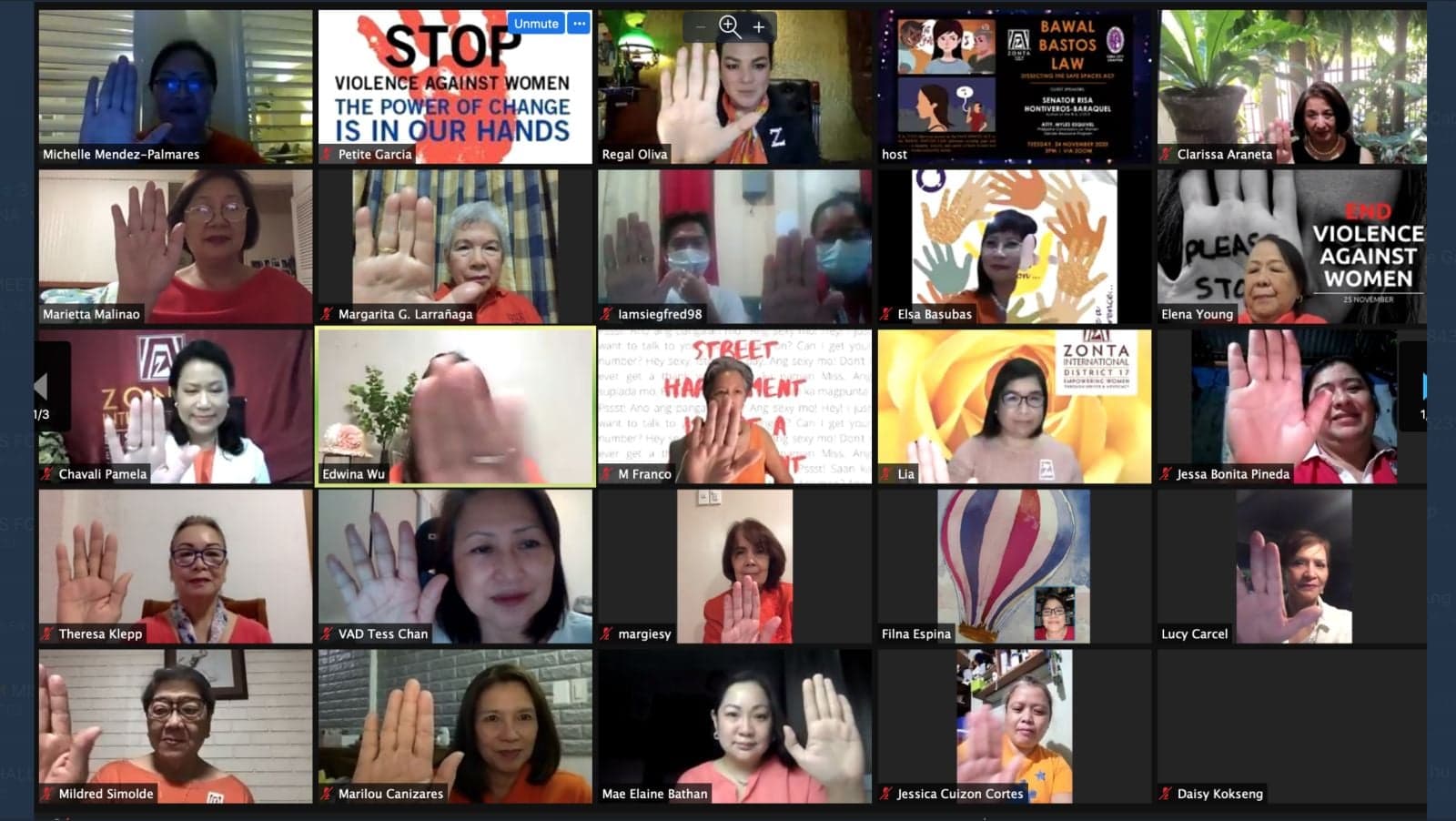 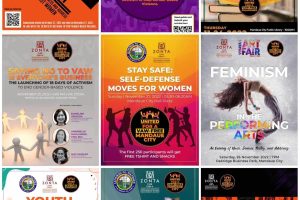 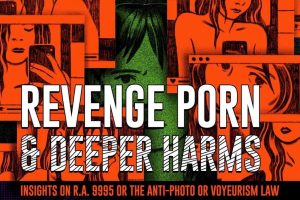 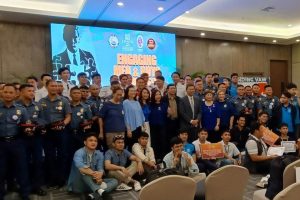