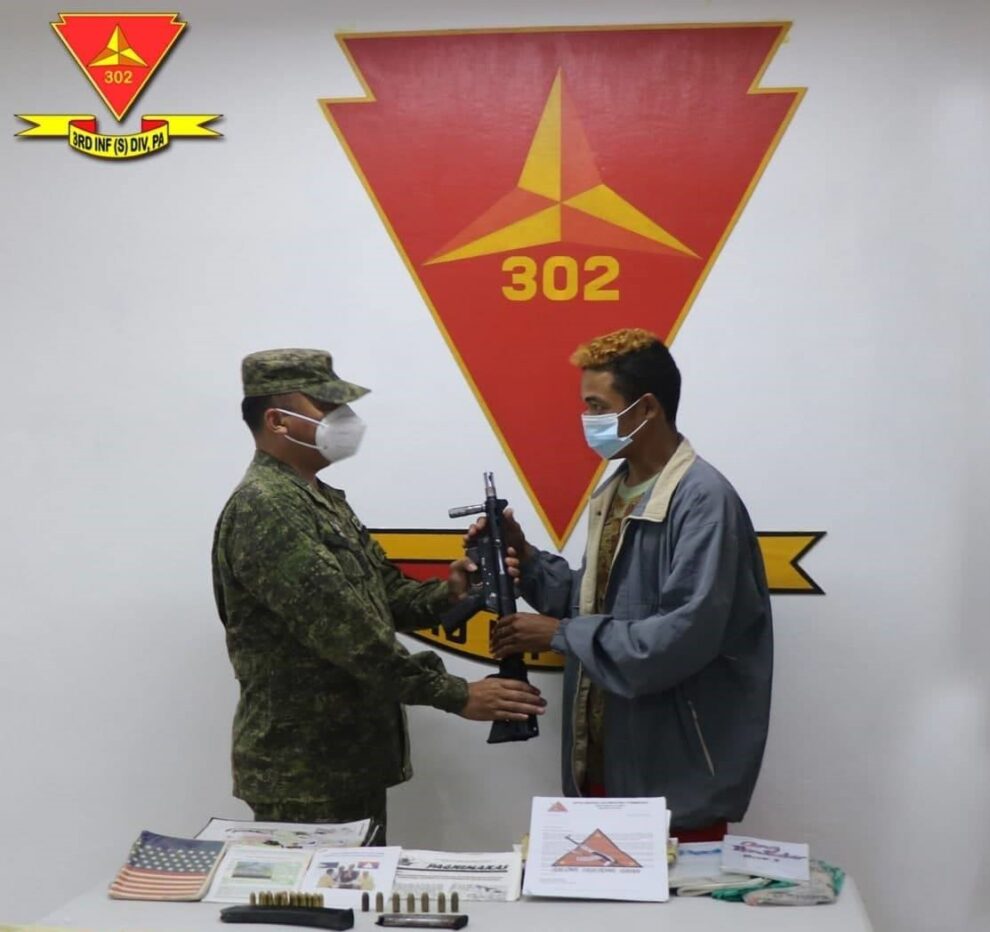 Peña added that the following items were likewise surrendered by aka Angel: one COLT Caliber .45 pistol with SN: 981989; one INTRATEC KG-9 caliber 9mm with SN: 012921; a Magazine for Cal. 45 pistol loaded with seven rounds ammunition; a magazine for KG-9 loaded with 21 rounds ammunition; and several subversive documents of essential value to determine the plans of the terrorist group in the area.

“We are thankful for this achievement of our troops; I commend the 16th Scout Ranger Company under Cpt. Roldan Pangilinan, PA for a job well done. It also proved the professionalism of our Scout Rangers that they are indeed – A Force for Peace,” Col Peña said.

Peña also thanked Jerryd Gargoles, alias Ka Angel and welcome his decision to lay down his arms and move out from the deceitful belief that the CPP-NPA imparts to their recruits and their members. 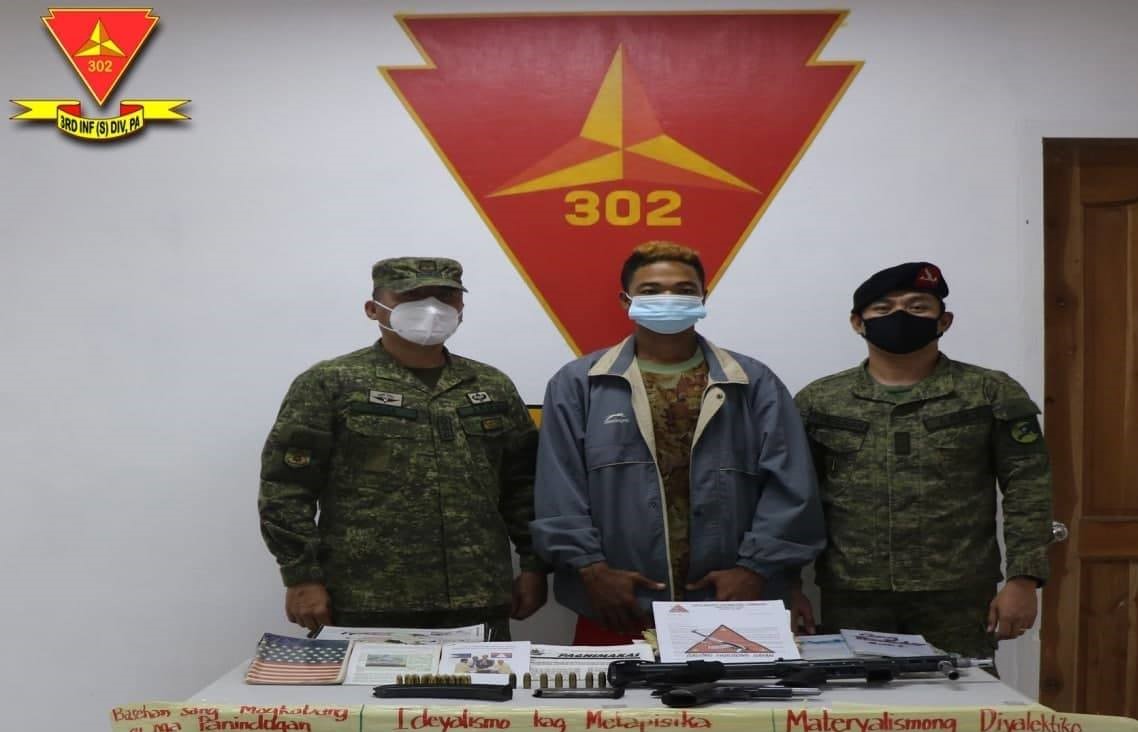 According to Peña that with the whole of government approach through the Task Force-ELCAC, the government will help Jerryd restore a normal life with his love ones. This is a clear manifestation that members of the CPP-NPA are losing their will to fight and the confidence with their movement because of their falsehearted ideology.

The commander then encouraged the remaining members of the terrorist group to heed the government’s call for peace.

“Our relentless effort to hunt you down will surely give you a miserable life. We will end this problem that has been going on for five decades and rest assured that your Army in Negros will continuously support the local government to protect the Negrenses from the hands of the communist terrorist group,” the commander stated. (Photos: 302nd IB/Camp Leon Kilat)