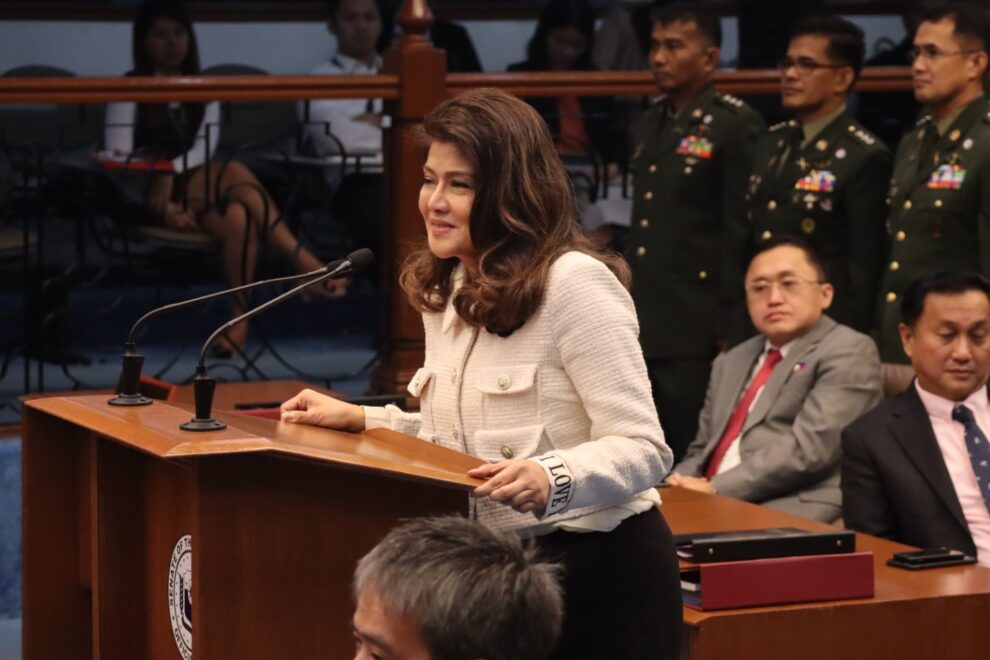 Entire industries are being blocked by the Department of Health (DOH) and the National Task Force (NTF) from procuring Covid-19 vaccines, Senator Imee Marcos revealed Saturday.

Marcos got hold of a draft administrative order, about to be passed on for President Duterte’s signature, that will prevent the country’s largest manufacturers of tobacco, milk, sugar, soda, and alcohol, as well as multinational firms based in the Philippines from assisting the government’s national vaccination program.

(If these giant companies cannot buy vaccines, 50% of which will be donated to the public because the government lacks funding, how else will we acquire more vaccines?)

Marcos, who chairs the Senate committee on economic affairs, explained that the administrative order will not only slow down the vaccination of the targeted 70% of Filipinos to achieve herd immunity this year but also diminish the government’s ability to generate much needed revenue to fund its national vaccination program.

“We are about to see a total wipeout of the 50-percent donation of vaccines by these large companies, donations which are stipulated in each tripartite agreement among private entities, vaccine manufacturers and the government,” Marcos said.

“These companies are the biggest contributors to the government coffers through excise taxes. How ironic that this administrative order was conceived amid a shocking spike in Covid-19 cases and just weeks away from the tax payment deadline in April,” Marcos added.

Section 5 of the administrative order states that the NTF and the DOH shall review all requests of private entities to procure vaccines “to ensure that private entities who will be part of the agreement are not in any way related to the tobacco industry, products covered under EO 51 series of 1986 or the “National Code of Marketing of Breastmilk Substitutes, Breastmilk Supplement and Other Related Products” or other products in conflict with public health.”

The reports echoed Foreign Affairs Secretary Teodoro Locsin Jr.’s lament via Twitter that the Federation of Filipino Chinese Chambers of Commerce and Industry Inc. (FCCCII) was being blocked from importing 500,000 doses of the Chinese vaccine maker Sinovac after a deal had already been signed.

“The administrative order totally contradicts the “shared responsibility” and collaboration the government has sought from the private sector and other organizations through its Philippine National Deployment and Vaccination Plan for Covid-19,” Marcos said.