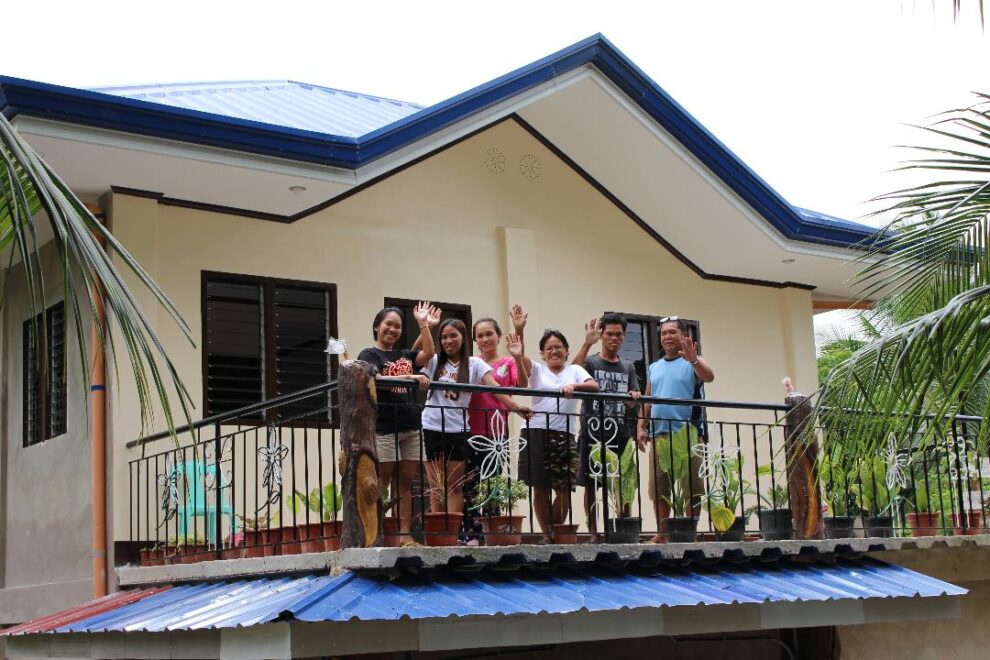 CEBU CITY – A couple who tilled a farm in Barangay Lanao, an upland barangay in Moalboal, Cebu and used to get benefits from the government’s Pantawid Pamilyang Pilipino Program (4Ps) has transcended poverty, graduated from the program and now serving their community as barangay officials/leaders.

Amancio and Remegia Saac recalled their life before, during and after graduating from the 4Ps. Despite lack of education they have instilled to their children the value of education to lift them from poverty.

They toiled in their farm which was planted with corn and coconut and “we strive to make ends meet to sustain our growing family,” Remegia said.

Remegia believed that women play a crucial rule in the family not only confined within their homes but also in their communities. Her leadership skill was first recognized when she was elected as the President of the Parents, Teachers and Community Association (PTCA) for five years in her children’s elementary school.

She later joined and became one of the board of trustees of the Association for Improvement of Life, Inc., a people’s organization (PO) funded by World Vision that provides skills training to its members such as dressmaking, servant leadership, agriculture, livestock training, among others.

The dressmaking training proved to be useful for her as there was no seamstress in the barangay, she offers dress repairs and services for children’s school uniforms and costumes for school activities.

“Nakahatag gayud og dugang income ang pagpanahi. Kung daghan gani mga tahiunon halos dili nalang matulog. Aron lang makasuporta sa akong mga anak,” she tearfully recalled her experience. (Sewing dresses was an additional income. There were times that I would not want to sleep because orders for dresses to make were many. I did it because I wanted to help support my children.)

Coupled with determination and perseverance to sustain the needs of her eight children, she also opened a small store in their house and sell food items in the school.

She said it was not easy to balance everything but with a supportive partner/husband, it became easier to manage the home. She bared that in order to manage the household chores, her children were given tasks; to do housecleaning, laundry, help in raising the chickens, pigs and goats in their backyard farm.

The family gradually earns income. She said they only buy the essentials, giving importance to save the family’s hard-earned money in the traditional piggy bank. Later, she put the family savings at the Community Manage Savings and Credit Association or (COMSCA) when she became a member.

When the family became a beneficiary of the Pantawid Pamilyang Pilipino Program (4Ps), a poverty alleviation program of the Department of Social Welfare and Development’s (DSWD), Remegia was able to use the cash grant intended for the education and health of her children specifically for Meriam, Margie, and Mercy, her three youngest daughters as they were the monitored children under the program.

As an active community resident, her co-beneficiaries chose Remegia as one of 4Ps’ Parent Leaders in the barangay. Her task was to help the 4Ps Municipal Link to disseminate relevant information to her co-program beneficiaries.

She cited the importance of the program’s Family Development Sessions (FDS) in enhancing her parental roles and responsibilities that she ably applied in her own family.

According to the DSWD-7 regional information officer Leah Quintana that Remegia showed great leadership potentials and being a reliable community leader, she was chosen as chairperson for the Barangay Sub-Project Management Committee (BSPMC) under the Kapit-Bisig Laban sa Kahirapan-Comprehensive and Integrated Delivery of Social Services (Kalahi-CIDSS), another poverty alleviation program implemented by the DSWD.

With other community volunteers they successfully implemented a road concreting sub-project in their barangay. Remegia has proven her leadership qualities and was convinced by the other community members to run as barangay councilor with her husband running as barangay captain.

They both won in the 2018 barangay election. According to the Saac couple that the people’s vote of confidence in them was a great challenge for them to improve their barangay and to lead their constituents to have better lives.

Remegia added that she’s proud to say that the family can now stand on their feet because most of the children already finished their education and have jobs.

The eldest son Reyman, is a farmer and a reliable partner for their family’s farm. Marissa, the second child now works in a bakeshop. Remmel, the third child works as operator maintenance in Cebu City while Maricor, the fourth child finished education. Marian, one of the twins, currently works as a saleslady.

Quintana bared that Meriam, Margie, and Mercy were formerly 4Ps monitored children. Meriam is now a call center agent and Margie and Mercy are third- and first-year college students respectively.

From living in a house made of light materials, the family now lives in a concrete, two-story house out of their hard work and perseverance, Quintana said.