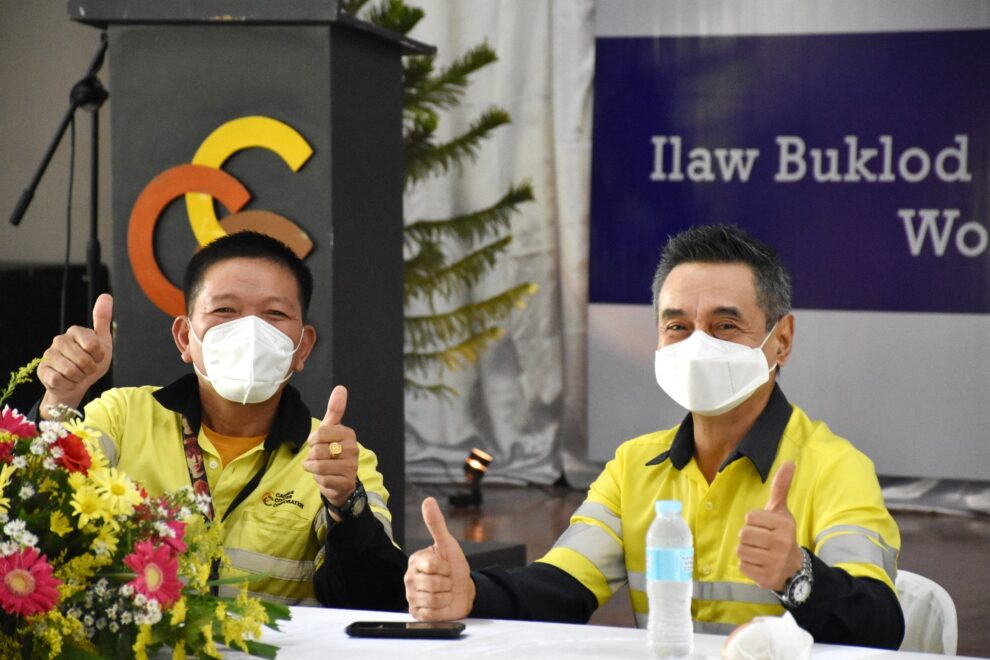 AS a symbol of solidarity and commitment, the management and the labor union of Carmen Copper Corporation (CCC) signed a five-year Collective Bargaining Agreement (CBA) on April 29, 2021.

The agreement was signed by CCC President and CEO Roy Deveraturda and management officers, and IBM-UMCC-WSN president Herbert Cabaluna and his fellow union officers. Officials of the National Conciliation and Mediation Board (NCMB) led by Central Visayas Director Hacel Feo Cuares also graced the occasion with their presence.

The CBA, which named IBM-UMCC-WSN as the sole and exclusive bargaining agent for Carmen Copper’s rank and file employees, was signed pursuant to the workers’ right to self-organization as provided for under the 1987 Philippine Constitution.

As of April 2021, there are 2,365 employees in the Toledo City-based mining company. Of the number, approximately 1,916 or 81 percent are rank and file workers.

According to Deveraturda, the CBA signing is a symbol of solidarity, regardless if you are a union member, the management, a service provider or contractor.

He explained that even before the agreement was signed, both parties have thoroughly reviewed the stipulations.

The CBA also complies with the mandate of the law on matters such as ensuring a safe working environment, mandatory rest days and robust health services, among others.

For Deveraturda, a key factor to a swift and peaceful CBA signing is the professionalism shown by the officers of the union, whom he described as “men of integrity and purpose.”

“They know that they also have responsibility because I believe they understand that before the wage earners can receive their share of the fruits of their labor, the wage giver must have the capability to give it to them. I salute the honesty, dedication and professionalism of the union members toward the common good,” he added.

Deveraturda said the annual pay hike for rank and file employees shows that the mining company has not been remiss in its duties.

He added that after the first three years, another negotiation will be made to deliberate on the next salary increase for the last two years of the CBA.

“What I am saying here is, in a scenario wherein the general situation, brought about by the current pandemic, talks of furlough, layoffs and retrenchments from other companies, CCC is talking about salary increase and enhancing the welfare of its employees,” Deveraturda said.

The sentiment was shared by Cabaluna, who described the CBA signing as a “very important” development.

“Despite the pandemic and its effect to the economy, our CBA managed to increase and improve economic benefits like wages, benefits, allowances, bonus and programs. Aside from economic benefits, the CBA also institutionalized job security and protection of workers’ rights,” he said.

As CCC continues to strive for its goals amid the pandemic, Deveraturda urged all employees to do what they can for the Company and not wait for what the latter can do for them.

For his part, NCMB 7 Director Cuares said the harmonious relationship between CCC and the union serve as an inspiration. CCC and its former labor union was conferred the Outstanding Grievance Machinery for Industrial Peace Award by the NCMB and the Department of Labor and Employment in 2017 and 2019.

“This is actually a complete manifestation of mutual respect and trust within the company. This provides the tenets to a safe direction that we are looking forward. It is of course, sustainable advancement for the corporation and its employees,” he added.

CCC is one of the largest mining companies in the country operating on metallic mining and mineral exploration development. It is located in Barangay Don Andres Soriano in Toledo City and is a subsidiary of Atlas Consolidated Mining and Development Corp.

Some 81 percent, or 1,916 of its 2,365 workers are residents of Toledo City. In total, the mining company and its subcontractors have generated more than 5,000 jobs with over 100,000 direct beneficiaries.

With a dedicated workforce, Carmen Copper has generated a total of P7.402 billion worth of tax contributions from 2015 to 2020. Last January, the Company was awarded as the number one business tax payer in Toledo City during its 61st Charter Day Anniversary. 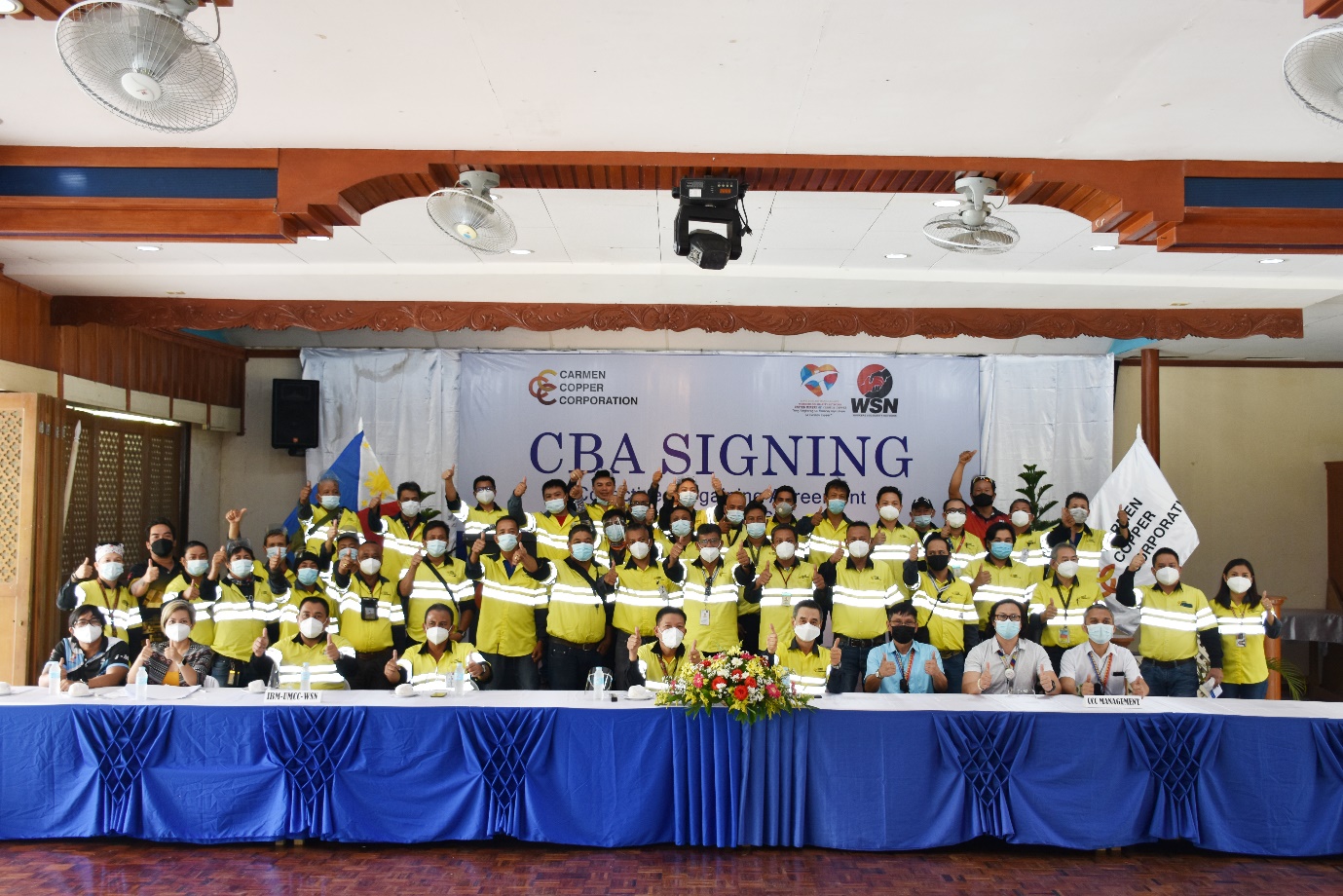 (L-R seated): Carmen Copper Corp. President and CEO Roy Deveraturda (sixth from left), labor union president Herbert Cabaluna (fifth from left) and National Conciliation and Mediation Board 7 Director Hacel Feo Cuares (seventh from left) are joined by officers of the union and management representatives during the signing of the new collective bargaining agreement between the firm and its employees. 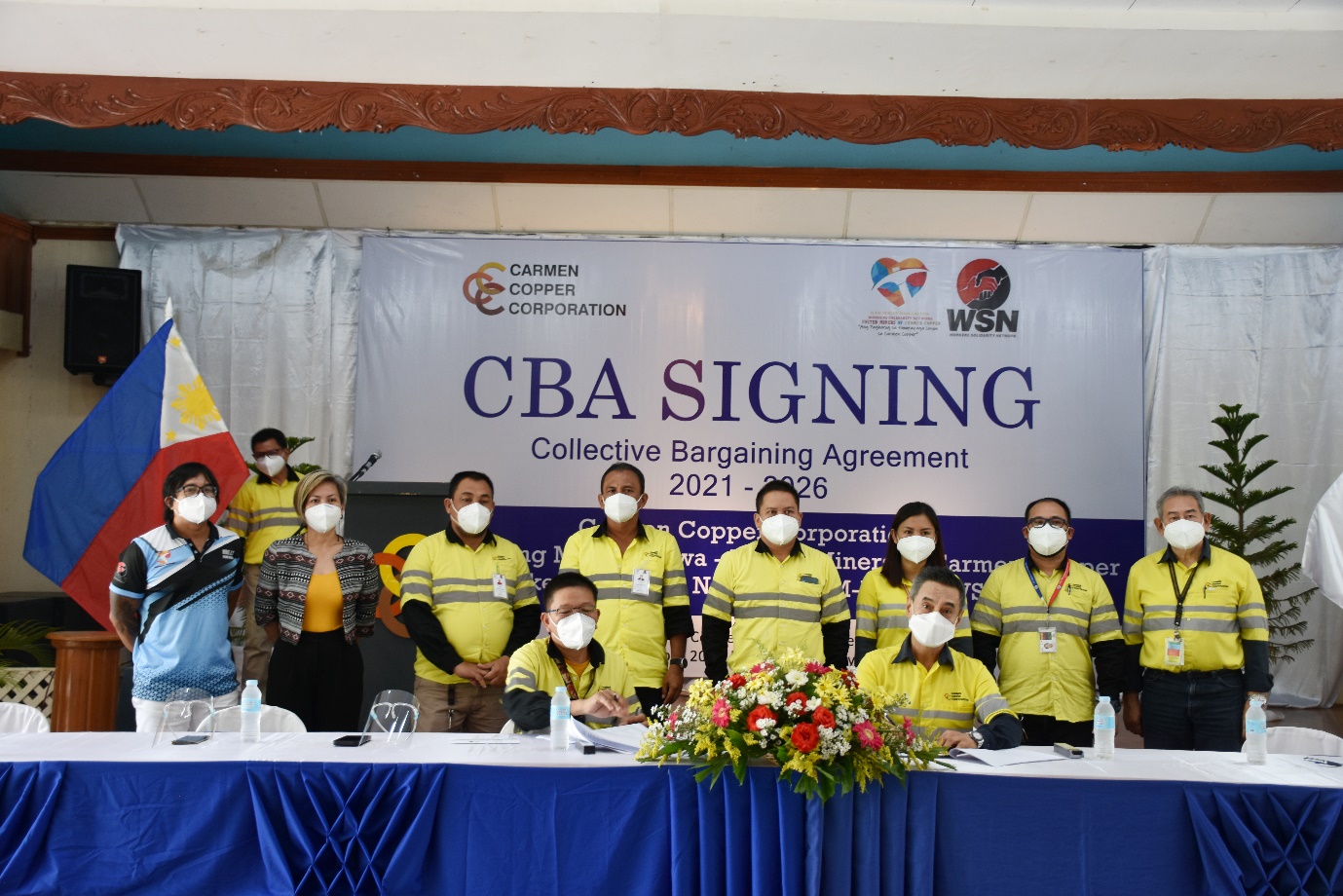