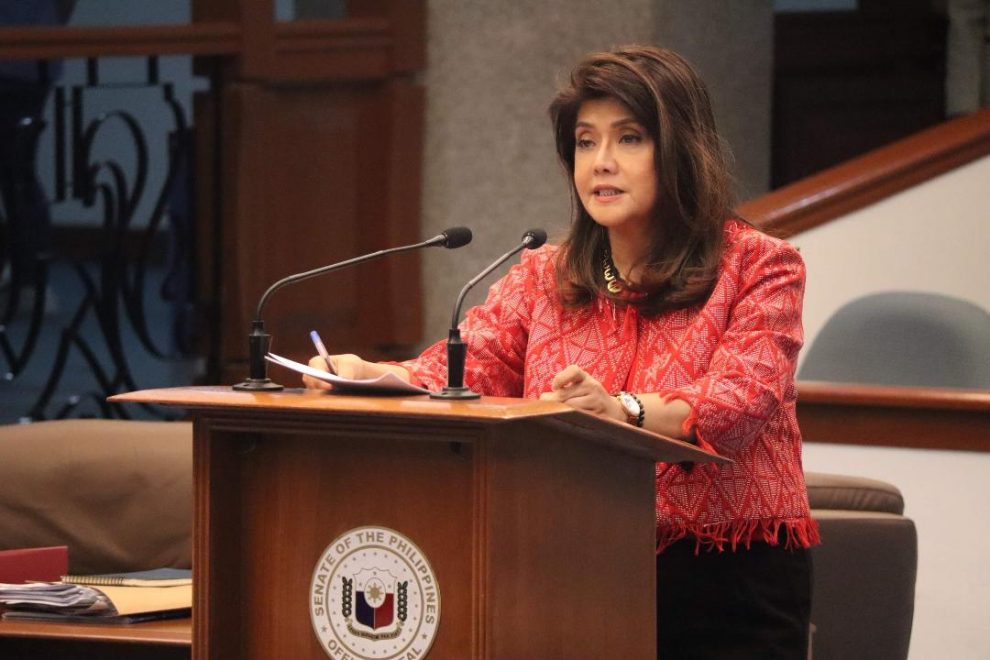 Senator Imee Marcos has underscored the urgency of passing amendments to the Foreign Investments Act (FIA) as power outages took Luzon by surprise in the heat of summer.

Marcos, who chairs the Senate committee on economic reforms, said foreign investments in the energy sector can provide a long-term solution to the growing needs of the country due to population growth and climate change.

“The power outages are a clear wake-up call that that we have to get our act together before things get worse. Our growing energy requirements actually make the Philippines an attractive investment destination,” Marcos said.

Marcos favors a more liberal investment milieu that allows higher foreign ownership ceilings and lower paid-up capital requirements in certain industries, as proposed in what she called a “leftover bill” from her first year as senator in 2019.

Marcos’s Senate Bill 1024 is one of three incorporated in Senate Bill 1156 which seeks to amend Republic Act 7042, or the Foreign Investments Act of 1991, and has been undergoing interpellation until this week before the mid-year Congressional recess.

In Monday’s plenary, Marcos emphasized that FIA amendments must focus on addressing “non-fiscal incentives which foreign investors frequently request,” citing the lack of infrastructure and inter-modal transport, expensive electricity, poor wifi, and the “lack of ease of doing business” compared to our ASEAN neighbors.

Marcos added that a national security review of foreign investments in public utilities must be put in place to prevent external interference from crippling the country’s economy.

IMEE: ALL 2022 ELECTION RETURNS MUST HAVE DIGITAL SIGNATURES TO PREVENT FRAUD
SSS rolls out online filing of maternity benefit claims