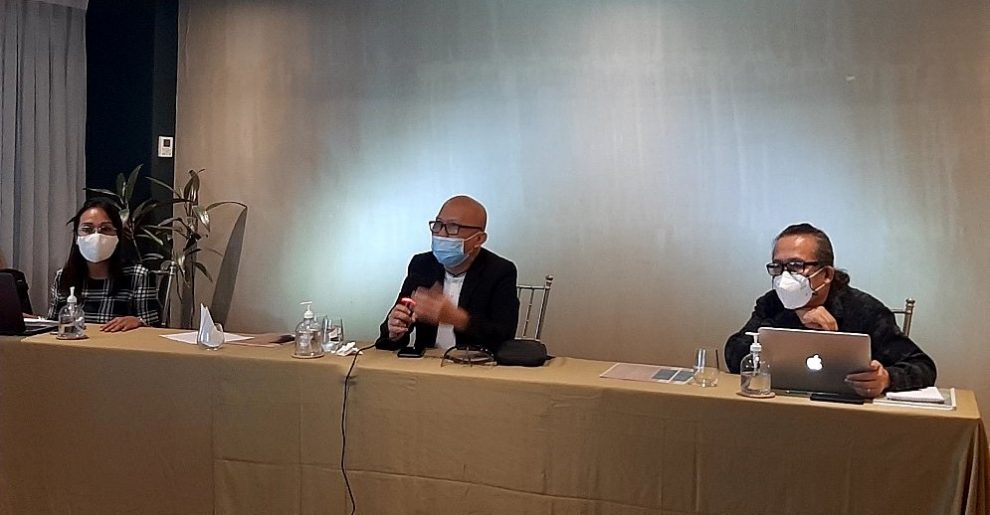 The Bamboo Bay Condo Corporation disclosed that the reason for the disconnection of water services to Cebuano lawyer Rex Fernandez’s unit is non-payment of condominium dues for four years.

Fernandez protested the water supply cut-off with a hunger strike that started last August 13, 2021, Friday. He camped out near the entrance of the Bamboo Bay Community at Hernan Cortes St. in Barangay Subangdaku.

“It has nothing to do with the developer,” Bamboo Bay Condo Corp. Vice President Fidel Abalos said in a press conference, pointing out that the issue was between Fernandez and the unit owners’ group.

He added that they exercised a lot of leniency when it came to the collection of condo dues, but they could no longer afford to let 20 unit owners including Fernandez to not settle their payables because there is now the additional cost of frequent sanitation and disinfection due to COVID-19.

Uncollected dues from delinquent homeowners have individually reached six figures, with an overall total amounting to seven figures. Bamboo Bay’s condominium dues are intended for homeowners to share in the expenses of sustaining operations such as paying the salaries of their security, housekeeping, and maintenance personnel, as well as in the maintenance cost of common areas.

More than 500 units have been turned over to their individual unit owners, and they form part of the Condo Corp. membership. Only around 20 failed to settle their condo dues resulting in the disconnection of their water lines,

Abalos further explained that the condo management duly informs everyone when their water line is going to be disconnected. It is a prerequisite given that disconnection of water services due to the non-payment of condominium dues is under their Master Deed, which homeowners are already well aware of since they each have a copy.

In fact, five notices were already sent to Fernandez in particular, and to 20 other homeowners. As far as condominium dues are concerned, Bamboo Bay Condo Corp. had not been remiss in informing them ahead of time.

“It is also very unfair to other unit owners who are religious payers (of condominium dues) if we do not do that,” Abalos said. “We cannot let someone else pay for the services we enjoy (in the common facilities)… Let’s be fair. If others are paying, we must pay as well.”

Some homeowners who received notices from the project management offices even asked for consideration, and they were given a good payment scheme so they can afford to pay their condominium dues. The Condo Corp. has been open to such considerations, added Abalos.

Monthly condominium dues in Bamboo Bay amount to P90 per square meter. They have determined this amount by dividing the operating cost with the number of square meters occupied, in order to recoup the cost of operating and rendering services to all the homeowners.

Abalos emphasized how reasonable this is, given their proximity to major areas and commercial districts. It is cheaper compared to other condominiums in the vicinity charging over a hundred pesos per square meter.

Meanwhile, Contempo Property legal counsel Atty. Deolito Alvarez clarified that while homeowner Fernandez did file a petition for injunction against the developer to prevent the disconnection of his utilities, there is no case filed against Condo Corp.

Bamboo Bay understands that the situation amid the pandemic is difficult. At the same time, the management has to continue operating their services.

Speaking on behalf of the management, Abalos hopes that they can work it out together with all of their condominium owners and emerge united in their efforts to get through this difficult time.

PCAF: Ushering Innovation through Policy Reforms in the Agricultural Sector
SSS reiterates call for members, pensioners, employers to use online channels for transactions