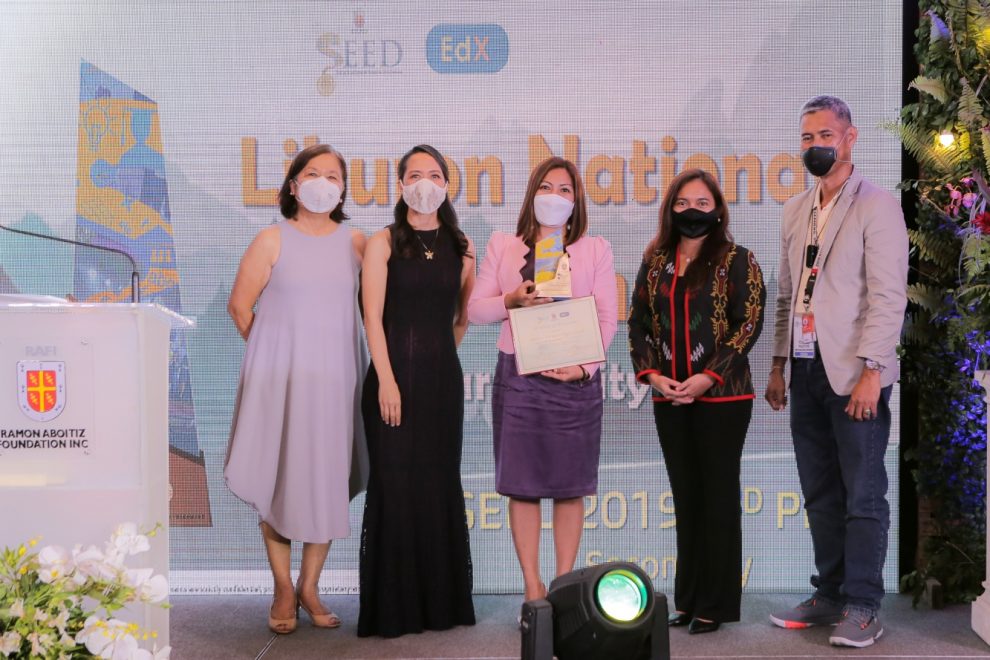 Learning requires more than just some dedicated teachers and committed learners. For it to be effective, a lot of factors have to be considered. For instance, integrating play into the learning process helps develop the learners’ creativity and problem-solving skills. But in the digital era that we live in nowadays, technology seems to be taking over; from the way we play to the way we learn.

This was the case for almost 60 students that are currently studying at Liburon National High School. Like so many people all over the world, playing online games became their escape from the problems they were having in real life. It gave them an avenue to feel better – to feel like they are winning at something. But this addiction almost cost them their education.

“Way back in 2016, we found out that the main reason for the students’ absenteeism problem in the school is due to the computer games addiction among students,” said Zenia M. Montesa, Principal of Liburon National High School.

The concerned principal then gathered with the school governing council to discuss this growing problem. They quickly realized this addiction has inflicted so many of their students already, fighting it tooth and nail would feel like an uphill battle. Completely shunning their behaviors might make the students cower back and seek solace to the very thing that they are trying to stop: online games.

So, rather than fight fire with fire, they thought about other means of coping with this problem. The teachers of Liburon National High School thought that instead of suppressing their love for computer games, why not foster their interest in this area instead?

Turning the Enemy Into a Friend

The school, headed by Principal Montesa, created a research team that would identify the root causes of the problem. From this study, they created their Garden of Learning Program, a set of strategic interventions that aim to assist students at risk of dropping out.

This progressive move then turned into the LNHS Cafe (Liburon National High School Cafe), a sanctuary for the students at risk of dropping out due to computer games addiction. To fully implement the project, however, they needed the support and acknowledgment of the parents. So, they set out to talk to the parents about this innovative project.

“LNHS Cafe is the program that we created, together with the School Governing Council, that would allow our students to combine learning with their interest,” said Principal Montesa.

LNHS Cafe, unlike your typical internet cafe, was facilitated by the teachers themselves. They allowed the students to play games that combined the element of play with the lessons that they have to learn.

The said intervention takes place twice a week that is every Wednesday during recess time, from 3:40 to 4:10 in the afternoon. During these afternoons, the students are given free reign to utilize and practice the games on the computer. And the second session is scheduled every Friday during their Independent Cooperative Learning Time from 4:00 to 5:00 in the afternoon.

During these sessions, the students entered into online learning competitions where the winners were awarded some incentives. The incentives, although modest, were enough to encourage the students to do more and try better. This seemed to affect their overall performance at school as well.

“Quarterly, we conduct an evaluation to identify the graduates of the said program. We found out that they no longer have attendance problems. Thus, this qualifies them already as recipients of the program,” Principal Montesa happily reported.

She then added that, “All in all, the LNHS Cafe, did not only hone every Liburonian, it also gave the students the chance to aim for an intrinsic reward.”

Adapting to the New Normal

For Liburon National High School the new normal was not only about adapting to the abrupt changes brought about by the COVID-19 pandemic. The new normal for them came a little earlier – in the form of innovative learning solutions.

“The change in the learning delivery has pushed the school to make innovations to the program. We are using the tablets and these tablets are being brought by our teachers to the Purok Centers or to our Community Learning Centers,” said Myrah Lou Redoblado, Head Teacher III.

The best news is perhaps seen in the attendance records of the students who were once tagged as SARDOs (Students at Risk of Dropping Out). The implementation of the LNHS Program has led to the decrease in absenteeism in the school. Through the LNHS Cafe, the students who were once at risk now found their place at school. The integration of computer learning motivated them to attend school every single day, leading to the zero dropout rate of Liburon National High.

“I am so grateful to the school because they made a way for us to continue and to not be left behind in our studies. Through our LNHS Cafe we get entertained and at the same time, it diverts our attention into playing educational games rather than playing those games in the computer shop,” said Nice Robbie Navarro, recipient of the LNHS Cafe Program. 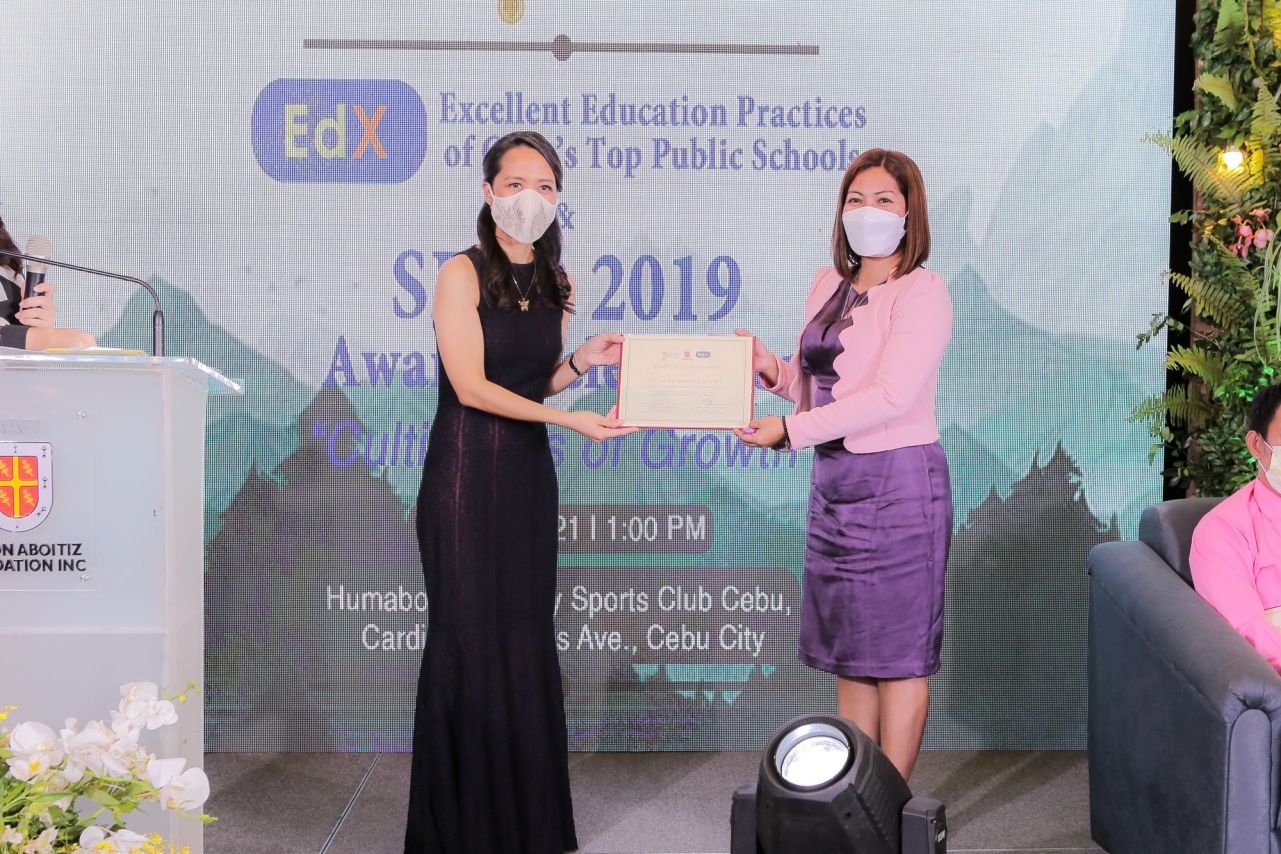 “There was one time when we played “Text Twist” where the words were integrated into our English vocabulary lessons. We even have this Math problem which was related to a game we played as well. It was very challenging. Here, we are not only having fun, but we are also learning while having fun,” he added.

The LNHS Cafe was made possible not only through the ceaseless efforts of the teachers and parents alone. Barangay officials also chimed in a portion of their time and energy into making sure that the project remains sustainable and safe.

“Our barangay was known to be a shabu hub and a killing field back in the day. Young people were scared to study because there was no community high school here,” Hon. Teogenes Bontia, Brgy. Councilor in Liburon, recalled.

“When RAFI built a school building here, we saw a decrease in the number of out of school youth. Drug-related cases went down and the killings also stopped. This school is a testament of the unity and teamwork of the community led by our barangay captain and officials.”

The Domino Effect of Change

But perhaps their biggest breakthrough in terms of mitigating the growing plague (that is, computer addiction) is through adapting a new city ordinance. This city ordinance regulated the operation of nearby computer shops during class hours. Now, the students have less reasons to skip school and have become more focused in their studies.

Play is an extremely effective learning tool. So, too, does technology. Combining the two could provide a tremendous learning opportunity for a generation whose second nature is to manipulate and produce them.

So, how does the community school fit into all of this? Schools serve as the sanctuary for learning, the safe and guided zones where students can navigate knowledge without fear of the unknown. This safe zone, provided by the Liburon National High School to their students, earned them the Top 3 spot at the SEED 2019 Secondary Category. They were awarded Php 500,000 worth of grant price that will catapult their innovative learning projects even further.

Technology has taken a hold of the world we live in nowadays. But even though it has taken some students into a spiral of addiction, this does not mean that it is the enemy. Through progressive actions and innovative thinking, the teachers of Liburon National High were able to turn the tables and integrate what once was the antagonist into their trusted learning assistants.

Students have now the opportunity to turn their interests into their passions. And we have this amazing community to thank for it. 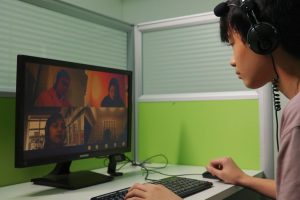 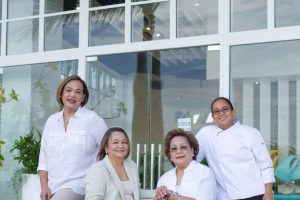 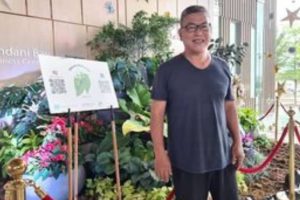