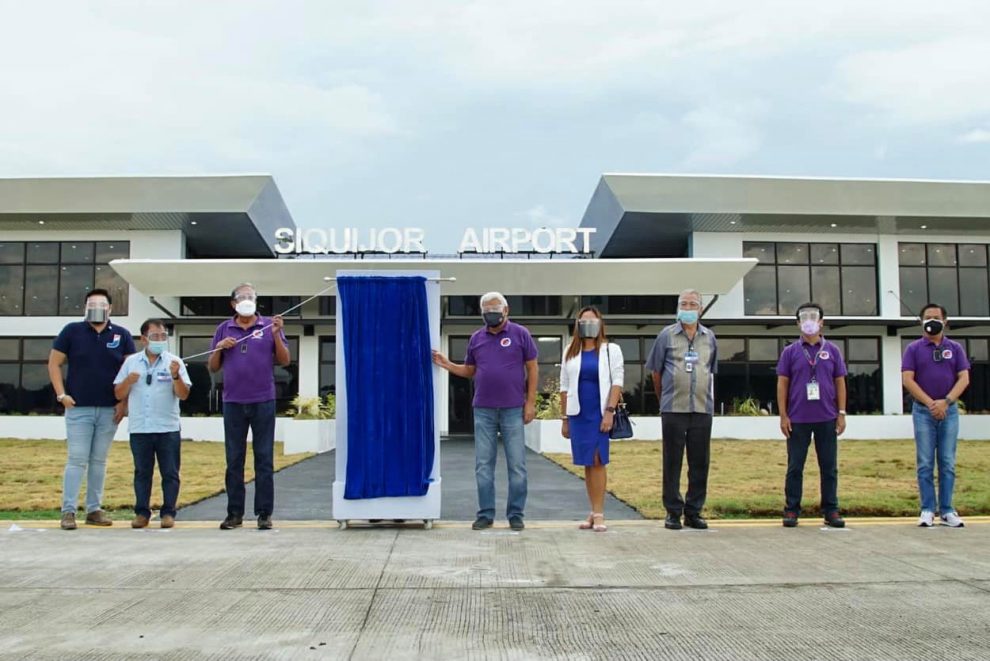 “The inauguration of the airport and seaport in Siquijor today means the improvement of mobility and connectivity of Siquijor to the other parts of the regions and its continuing progress as a popular tourism site in the region,” Tugade said in his speech during the event, Thursday.

Tugade lauded the local chief executives of Siquijor Province for their persistence in following up the two major infrastructure projects and all other previous projects for the island.  Completed development projects in the airport include the new Passenger Terminal Building (PTB), powerhouse, and vehicular parking area (VPA). 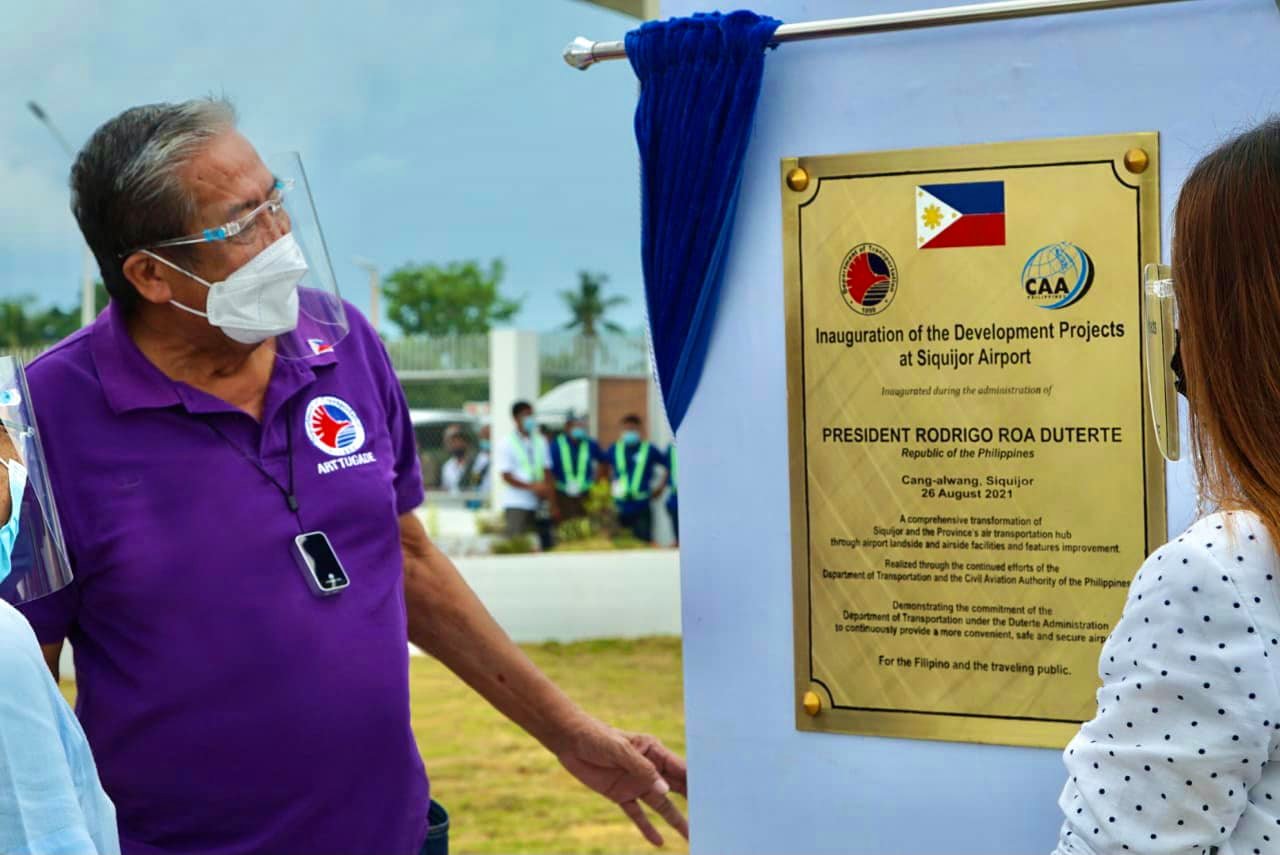 Tugade also mentioned other projects that were completed ahead of their target dates.  These included the repair and maintenance of the perimeter fence and construction of concrete path walk, runway provision, taxiway and apron markings.  He bared other development proposals for the airport that include the expansion, widening, and asphalt overlay of the airport’s runway, in a bid to cater larger aircrafts.

Meanwhile, DG Sydiongco noted the incessant cooperation and partnership of the DOTr, CAAP and the Siquijor LGU to ensure the effective and seamless progress of the current and future improvement and enhancement projects for the airport.

“The DOTr, CAAP, and Siquijor LGU will continuously work together to ensure the development of Siquijor’s air mobility, accessibility, and connectivity. Given that, proposals for commercial flights in Siquijor airport are currently being studied and processed,” Sydiongco said.

Siquijor Governor Zaldy Villa and Congressman Jay Vincent Villa thanked Tugade and President Duterte for the realization of these long-drawn airport.  “With your support, Siquijor now has a new airport that we can be proud of,” Congressman Villa said.

With the current developments, the Siquijor Airport can now accommodate 60 passengers at any given time, six times higher than its previous passenger capacity of only 10.  The public can now experience a more comfortable and convenient air travel.

In another development, the DOTr team also unveiled the upgraded Siquijor Port. The project covers the construction of an RC Wharf with Ro-Ro ramp, a back-up area, and a port lighting system. 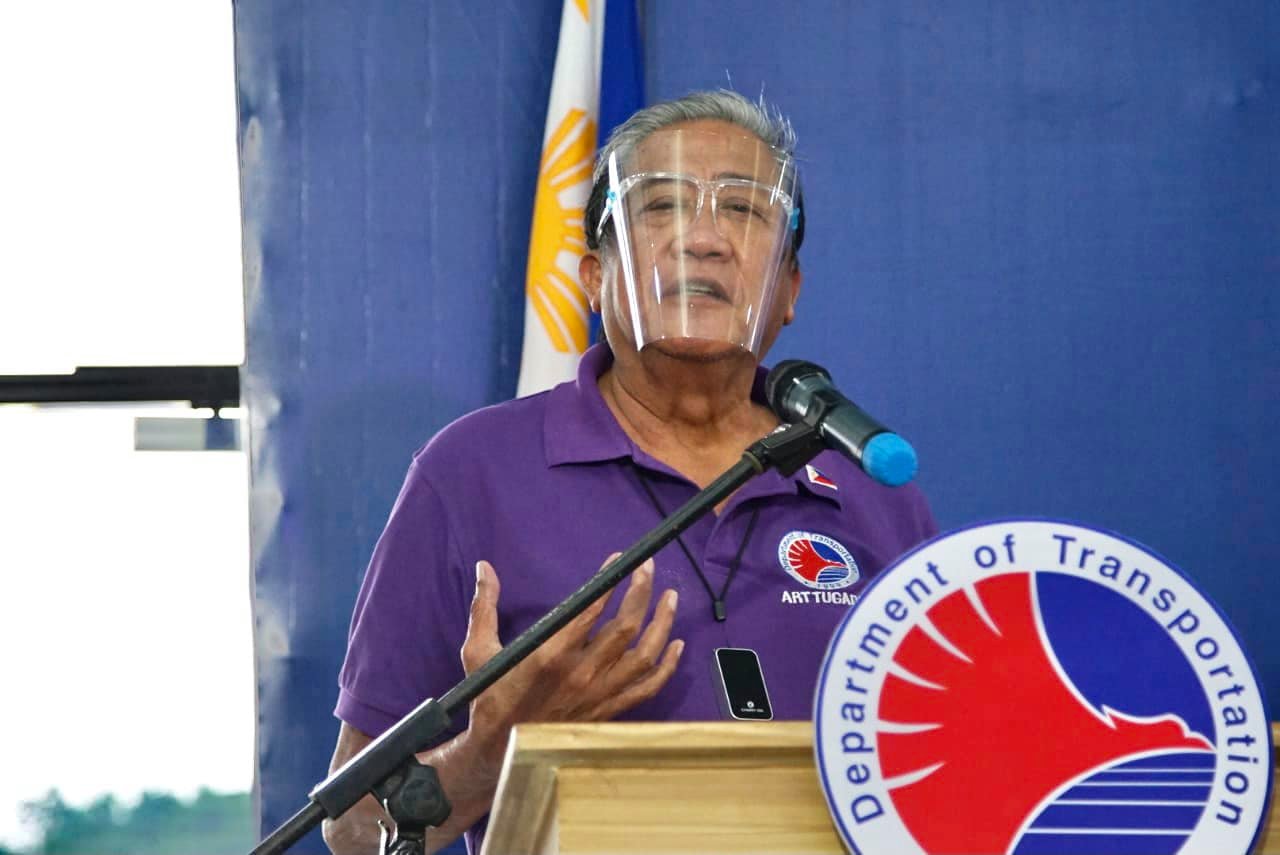 With its improved facilities, the port now allows faster turnaround time of vessels and shorten the waiting period for passengers, shippers and reduce queueing of rolling cargoes. The upgraded Siquijor Port will also boost equitable and inclusive growth in the areas of employment, local trade, and investments.

“Siquijor is blessed with beautiful sites, nice food and warm people.  These are the best ingredients for more growth in the tourism industry here.  The two vital transport projects in Siquijor are expected to usher in rapid economic and tourism growth in the province and nearby regions,” Tugade stated.

Travel restrictions to 10 countries lifted starting September 6
IMEE: INVESTIGATE-AND-SUSPEND IS A 1-2 PUNCH THAT WOULD KNOCK OUT OUR HOSPITALS