The use of technology, training and investment in venues, equipment and facilities could help revitalize the Theater, Music and Film subsectors so it could recover from the pandemic, according to creative industry stakeholders.

These are among the major points cited by the panelists of the Theater, Music & Film forum, which kicked off the Cebu Creative Entertainment Week (CEW), which was held Friday, October 1, 2021. The CEW is one of the activities during the 2021 Cebu Business Month, an annual event organized by the Cebu Chamber of Commerce and Industry (CCCI).

“Today we will focus on three different entertainment sectors of the creative industry which continue to bring us economic value despite the ongoing crisis. Truly, the theatre, music, and film industries have made a mark in our lives,” said CCCI president Felix Taguiam.

According to Taguiam, these art forms are more than entertainment because these sectors have created countless job opportunities for many Filipinos and serve as income-generating prospects for locals.

Because of the pandemic, many of those who depend on these sectors have lost their source of income. 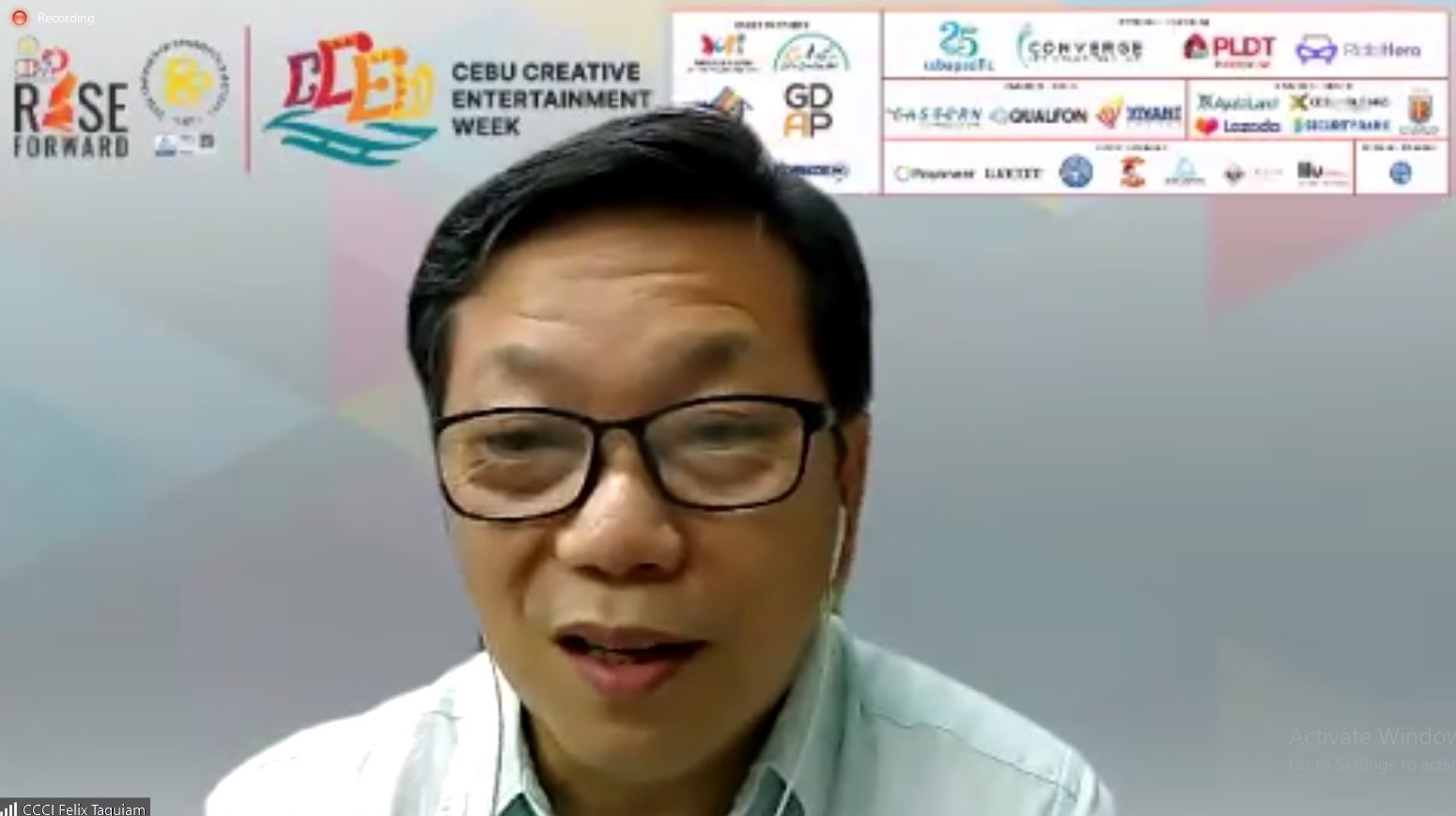 “In fact, the National Economic and Development Authority (NEDA) reported that the entertainment industry is in first place among the Top 10 hardest-hit business sectors caused by the pandemic. Although this is disheartening to hear, this also serves as a wakeup call for us in the business sector,” Taguiam pointed out.

Mike Cubos, CCCI vice president for Cebu Business Mobilization, pointed out that a number of businesses still struggle to stay afloat more than a year since the pandemic hit the country. 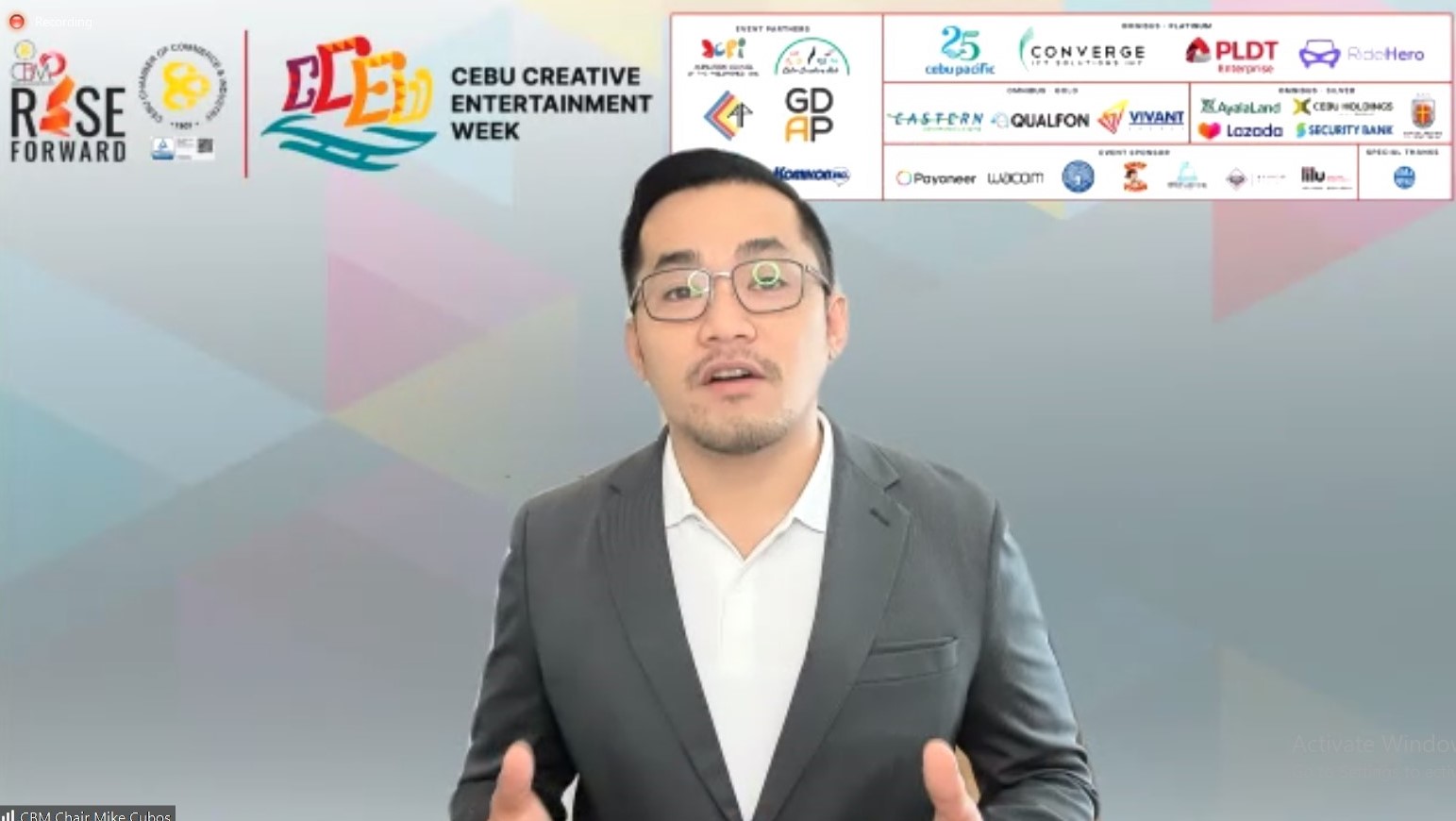 “This is also true for those who are in the creative business wherein the theatre, music, and film are a part of. Along with the closing of cinemas and the cancellation of gigs for our musicians, our creatives have to find ways to support themselves and keep making art,” Cubos said.

Mel Allego, president of the Cebu International Film Festival,  noted that prior to the pandemic, the audiovisual sector which includes theatre, film, and music accounts for almost seven percent of the country’s gross domestic product. 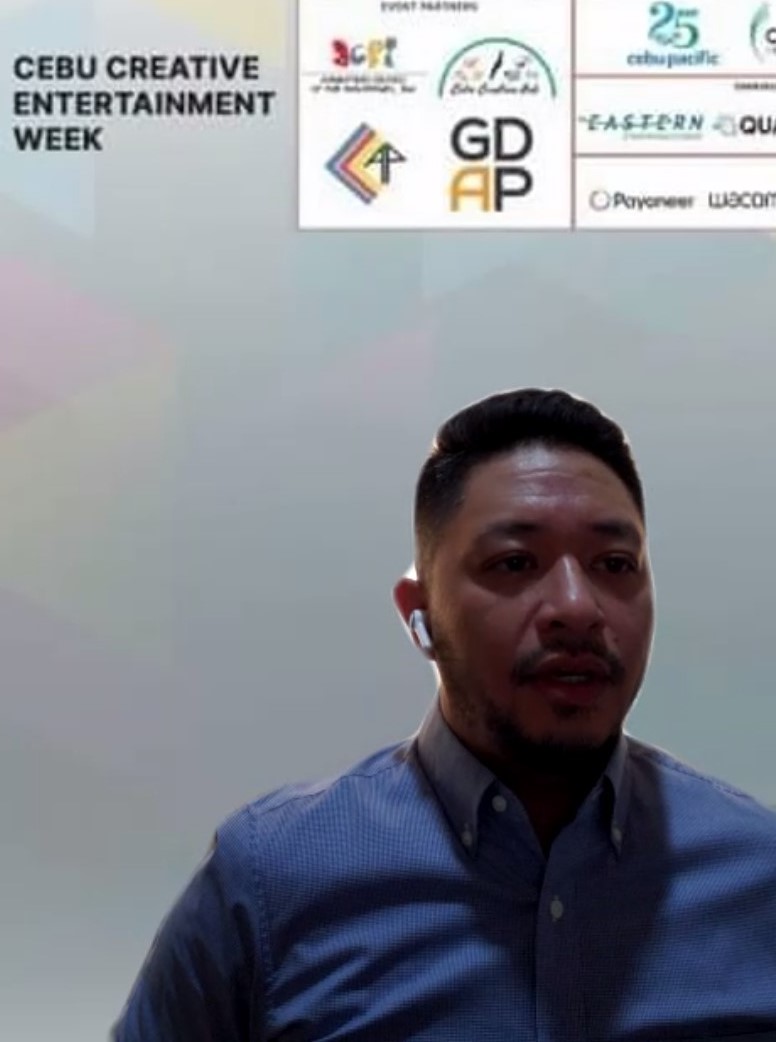 Recognizing the contribution of these sectors, the Cebu Chamber is now looking at the creation of an ecosystem for creatives and their way of doing business to take advantage of the opportunities, Allego said.

Meanwhile, Chris Millado, vice president and artistic director of the Cultural Center of the Philippines and Director of Cinemalaya Philippine Independent Film Festival, noted that the arts and culture sector was not ready for the health crisis,

The pandemic had resulted in the massive loss of livelihood among artists, production staff and related industry workers, Millado said.

He disclosed that at the CCP, at least 800 events were cancelled, affecting 3,000 artists, cultural workers, and production staff. Also, it lost at least P90 million revenue in sales, on top of the revenue loss in venue rentals.

Mr. Chris Millado, Vice President and Artistic Director of the Cultural Center of the Philippines

To cope with the pandemic, the industry, which are among the early adaptors of digital technology, was able to make adjustments that mitigate the adverse effects, Millado added.

Also, the theater industry had to revisit strategies amidst the changing environment, he said. These include video streaming of archival recordings, edited recordings and production of new content and the migration of selected festivals and activities to online platforms.

Allan Nazareno, Performing Arts Coordinator of Yew Chung International School (YCIS) of Hongkong, disclosed that the estimated revenue loss of professional theater companies reached half a billion pesos, with 90 percent of the workers losing their jobs. 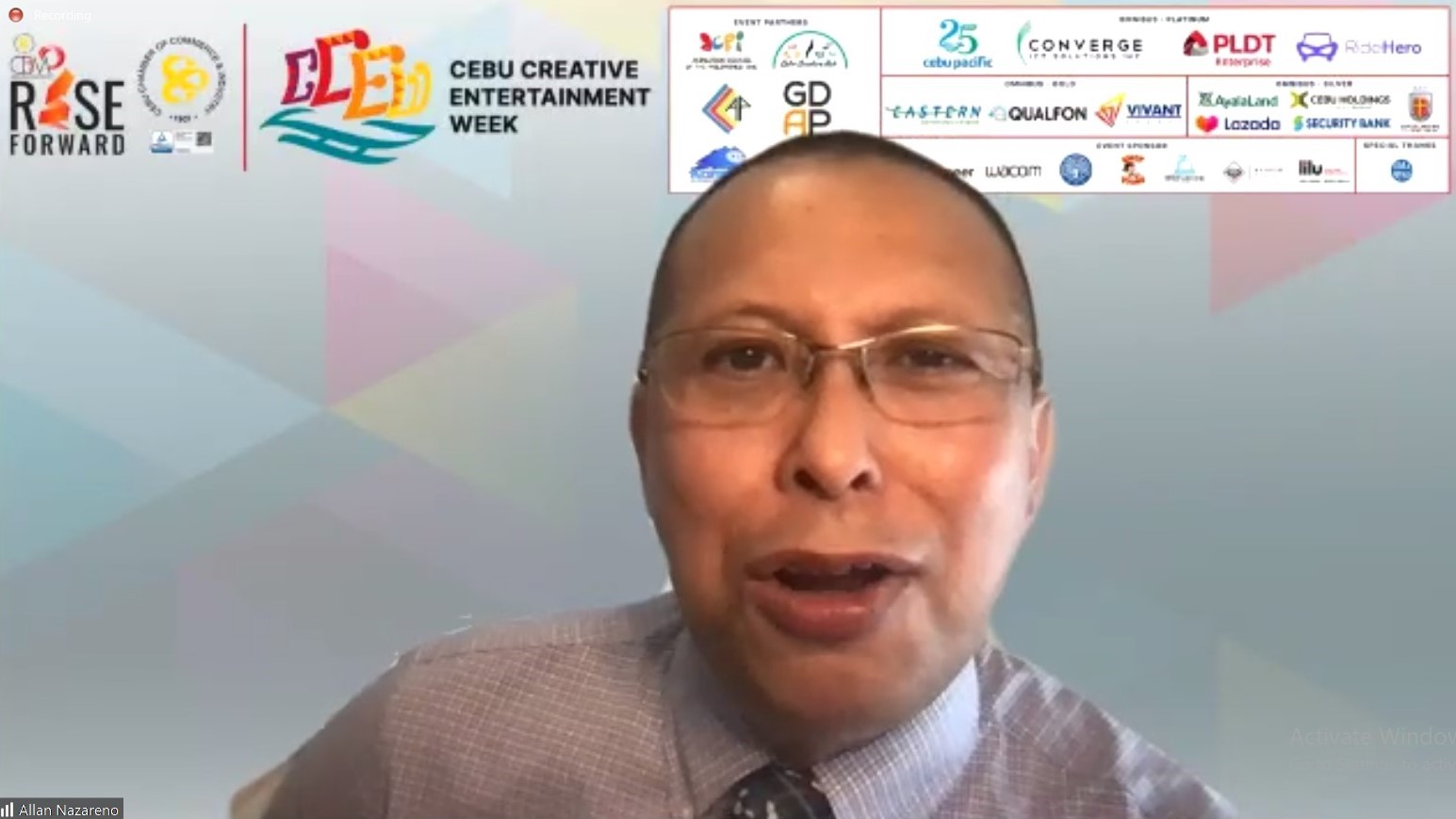 Digital technology can be employed in the digital theater, Nazareno said. These include the use of digital scenic elements, video projection and digital mapping as well as incorporating video gaming into virtual interaction.

Dennis Marasigan, Theatre Arts Program Head of Meridian International (MINT) College, noted that theater companies have to adapt and survive through the online streaming of existing recordings of performances.

Also, they have to “pivot to the new normal through productions intended for streaming,” Marasigan said.

He also explained that there are four areas that offer opportunities for everybody. The four areas are content creation, experimentation, training and education for both thespians and target audience, and build audiences. 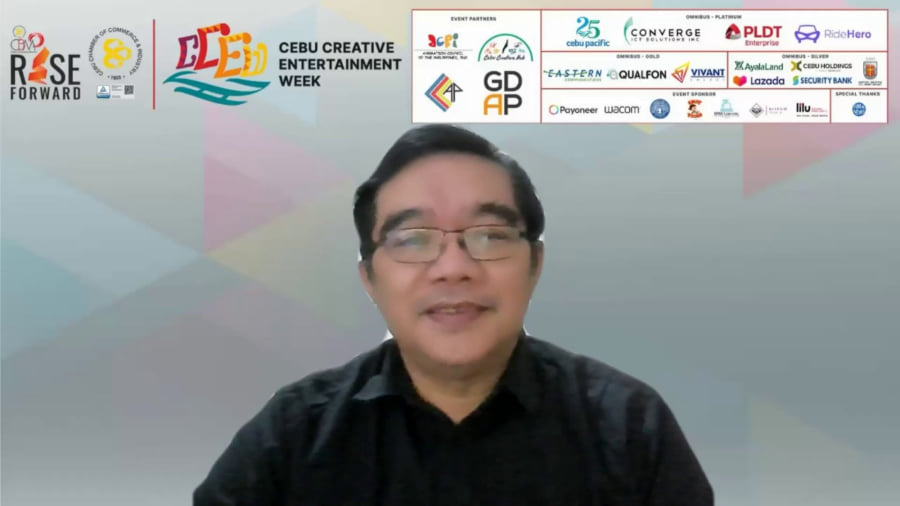 Marasigan urged artists to continue with content creation for films, TV series and Tiktok performances, among others as well as explore how technology can help theater reach an audience.

Aside from content creation, the creative entertainment industry should also experiment on the use of technology in the actual production and the using the various online platforms for their theater productions.

Steve Sanchez, content and creation specialist for VIVA Communications Inc., said smaller studios can look at possible co-production. It is a joint venture between two or more different production companies.

According to Sanchez, this will enable the smaller companies to pool financial resources. It will also provide access to partner government’s incentives and subsidies, market, a particular project initiated by the partner and to a desired location and cheaper inputs. 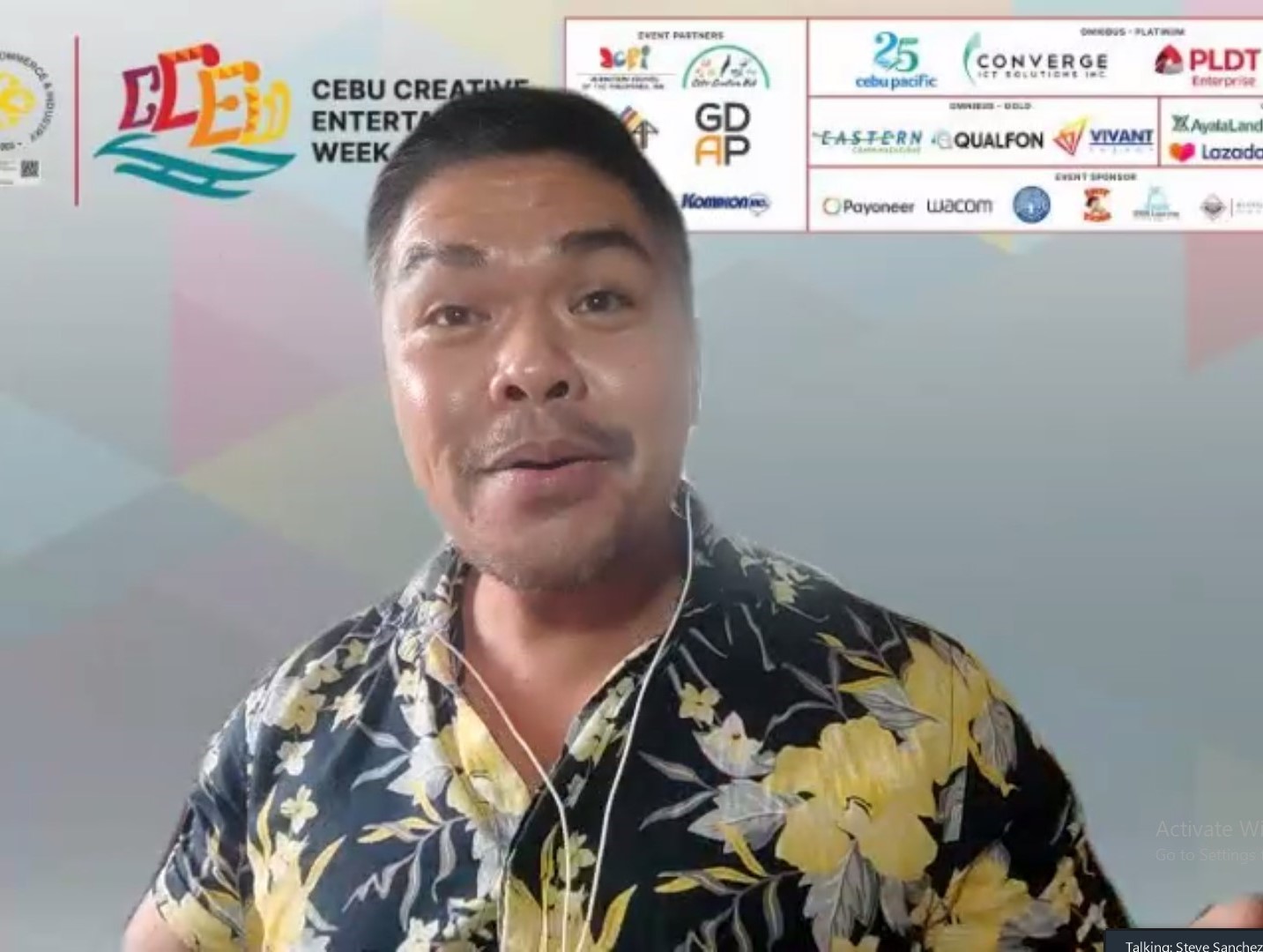 “A lot of outside international studios have come into the Philippines to produce. For example last year, there was Almost Paradise, a TV show which was co-produced and filmed in Cebu,” Sanchez said.

He stressed the need for studios to find ways for people to consume their content through streaming. “I’m hoping that after the Cebu Creative Entertainment week there will be more push to create films and TV series out of Cebu.”

Jose LG Fuentes, proprietor of LG Recording and Music Production Studio, cited the struggle that artists go through. “Being a musician or artist is not easy. Some artists are like me who did not give up their dreams. But sadly, I see many of my fellow artists give up.”

Having set up his own studio, Fuentes promised to give opportunities to the deserving artists by allowing them to record their music and publish their songs under the studio for free. 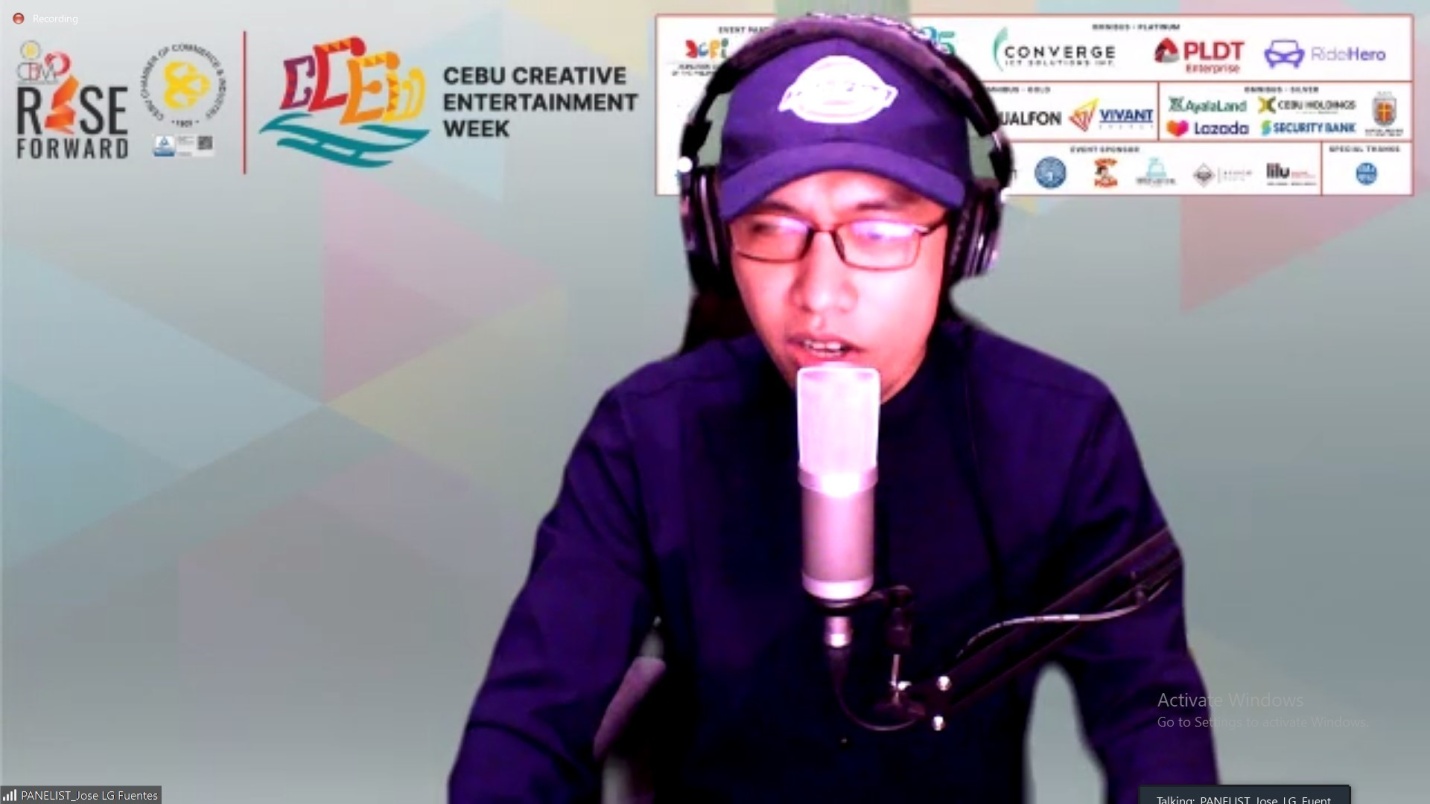 “I personally observed that there are many talented and creative people in Cebu that can compete globally,” he pointed out, adding that he welcomed the move of CCCI to help the creative entertainment sector.

Meanwhile, Mirasol Cruz, Executive Director, Film Philippines Office/Cinema Evaluation Board of Film Development Council of the Philippines (FDCP), discussed the role of the agency to support the film industry.

The FDCP provides funding for domestic and international efforts and partnerships of Filipino film producers to serve as line producers or partners or co-producers for the production of quality films, Ms. Cruz said. 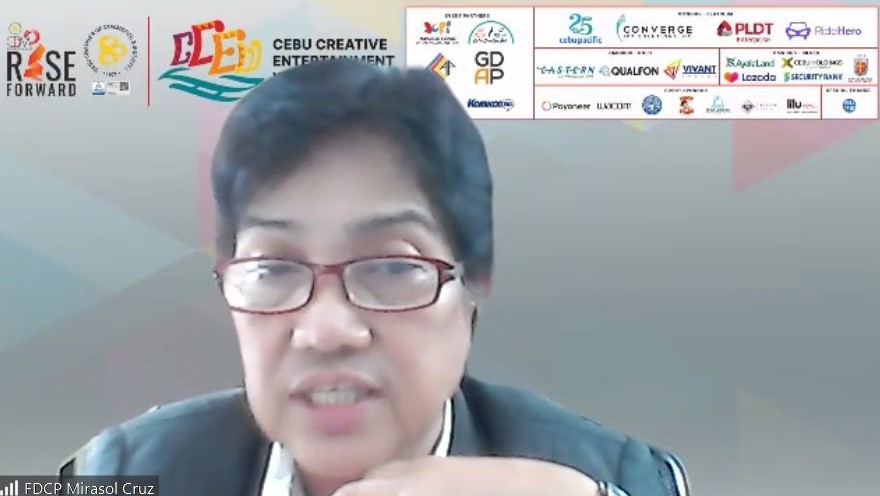 FDCP’s incentive programs also include the CreatePH Films Program that awards funding for different filmmaking, from script development to film distribution of Filipino projects for domestic release, she added. 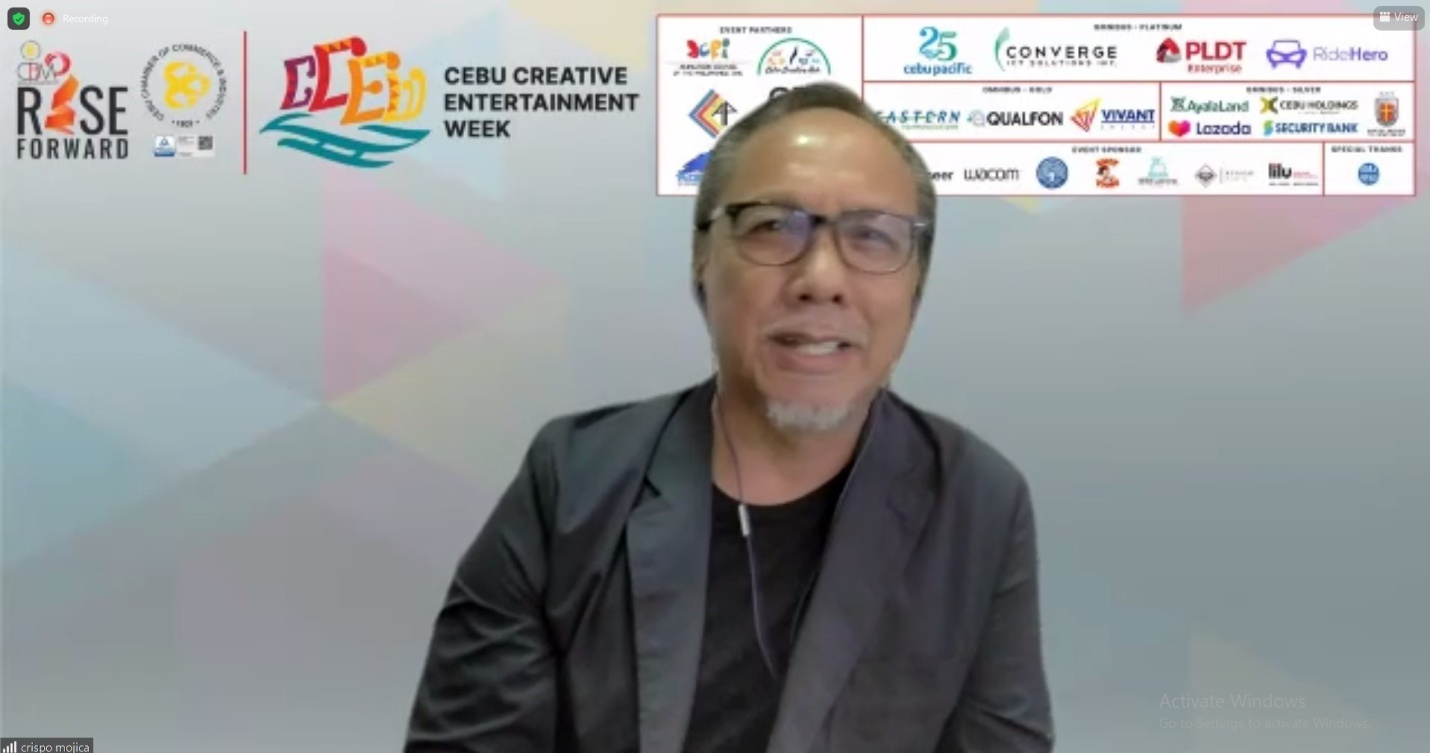 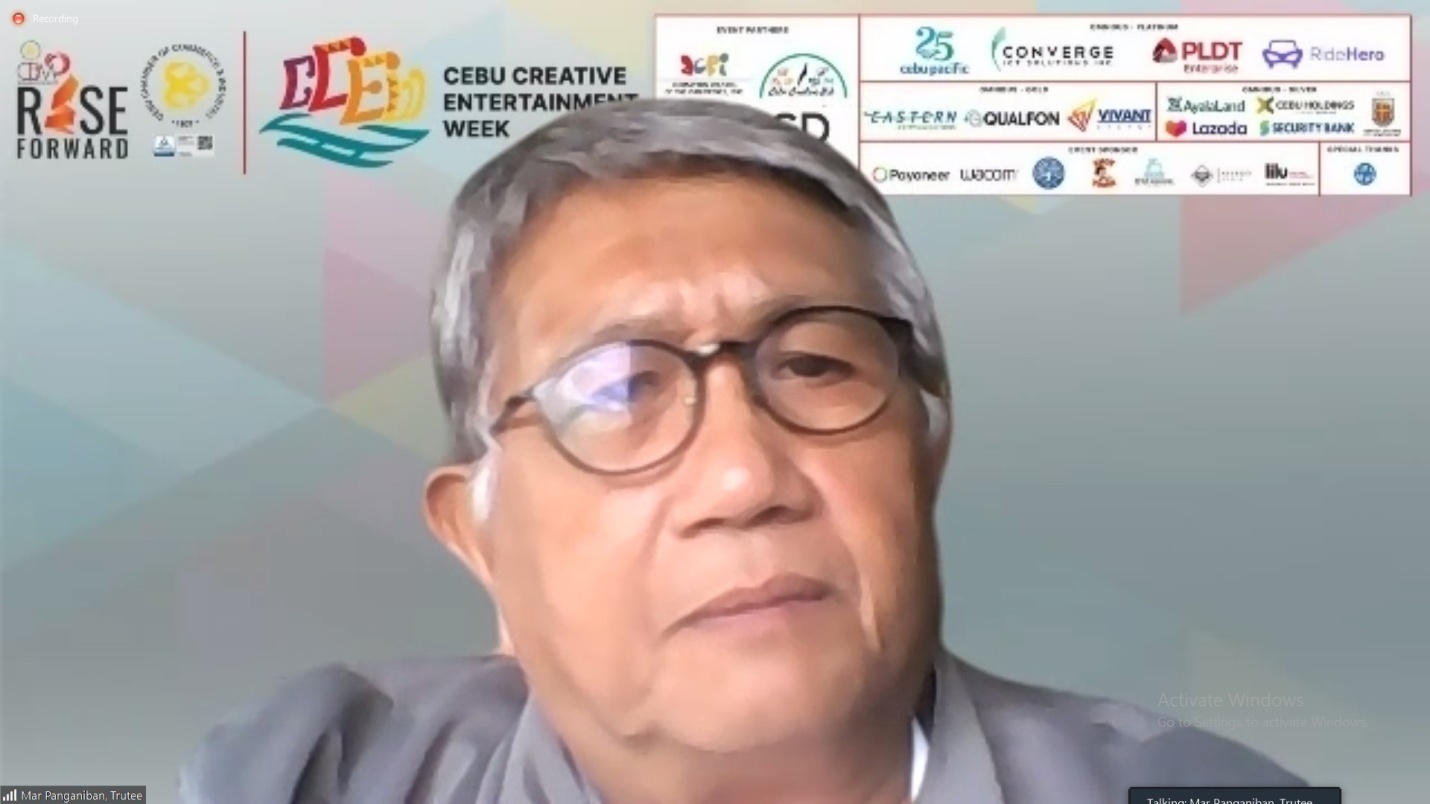 “What we’re looking at is harnessing the whole entertainment industry. We will look at ways and means to develop the various sub-sectors,” Panganiban said. 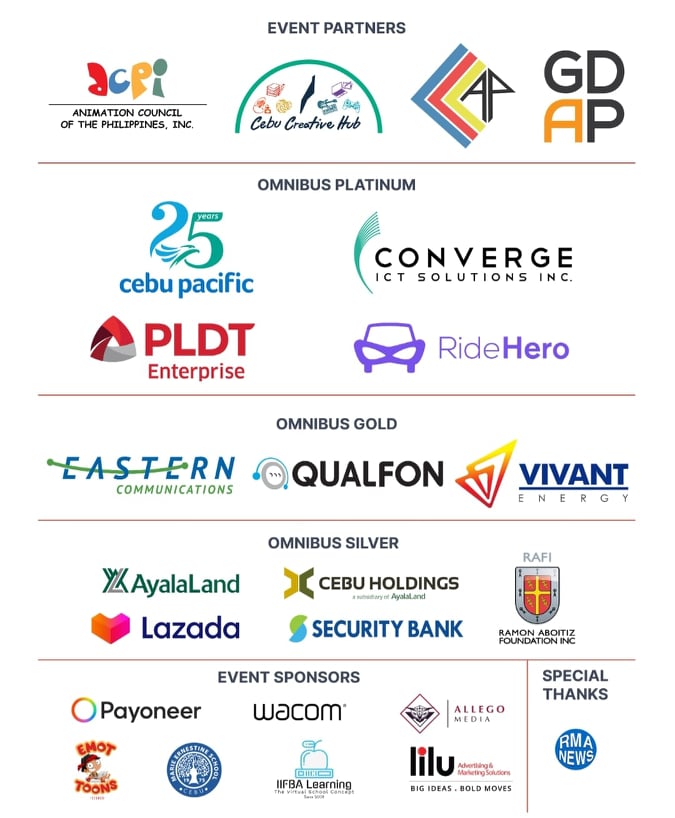 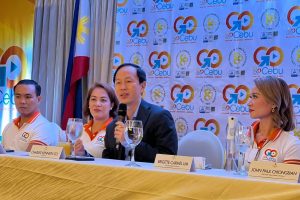 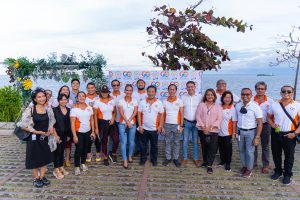 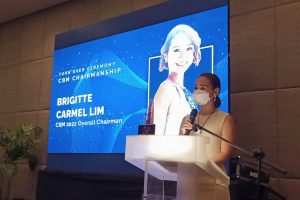