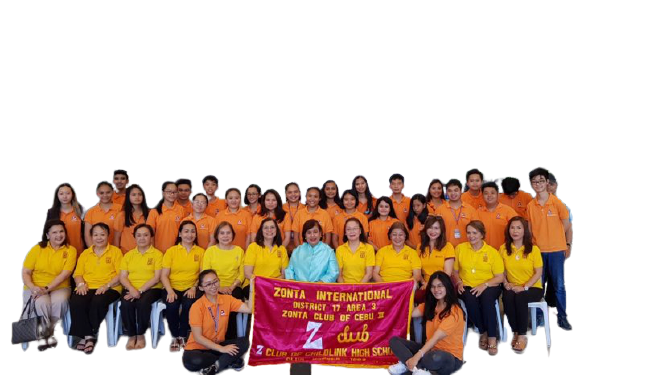 A survey conducted on the psychological impact of the pandemic here in the Philippines showed that 13.4 percent of the respondents experience moderate to severe stress levels. Those affected include students and the youth.

According to the survey results, the prolonged home-stay and reports of poor health status as well as unnecessary worry, concerns for family members, and discrimination were among the causes with greater psychological impact of the pandemic and higher levels of stress, anxiety and depression. 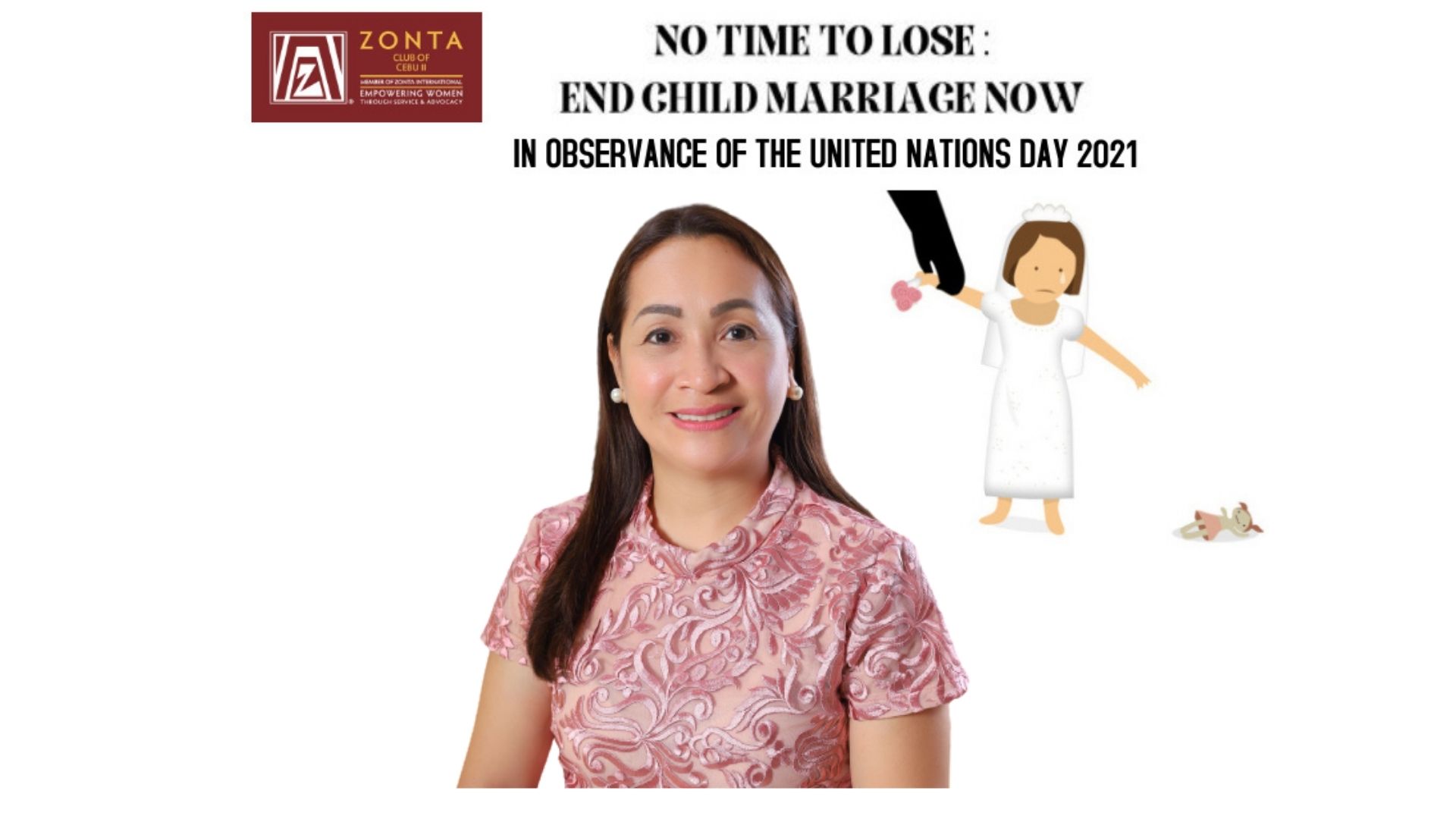 Recognizing the need for intervention to address any adverse effects of the pandemic, Childlink Learning Center and High School Inc. and their students participated in a webinar that focused on how one can take care one’s self, explained Ms. Maria Theresa Tio, Childlink managing director and president.

Held on October 16, 2021, Saturday, the webinar featured Ms. Karen Espiritu, a life coach and training facilitator, who discussed the topic on ‘Caring For Your Well-Being.’ 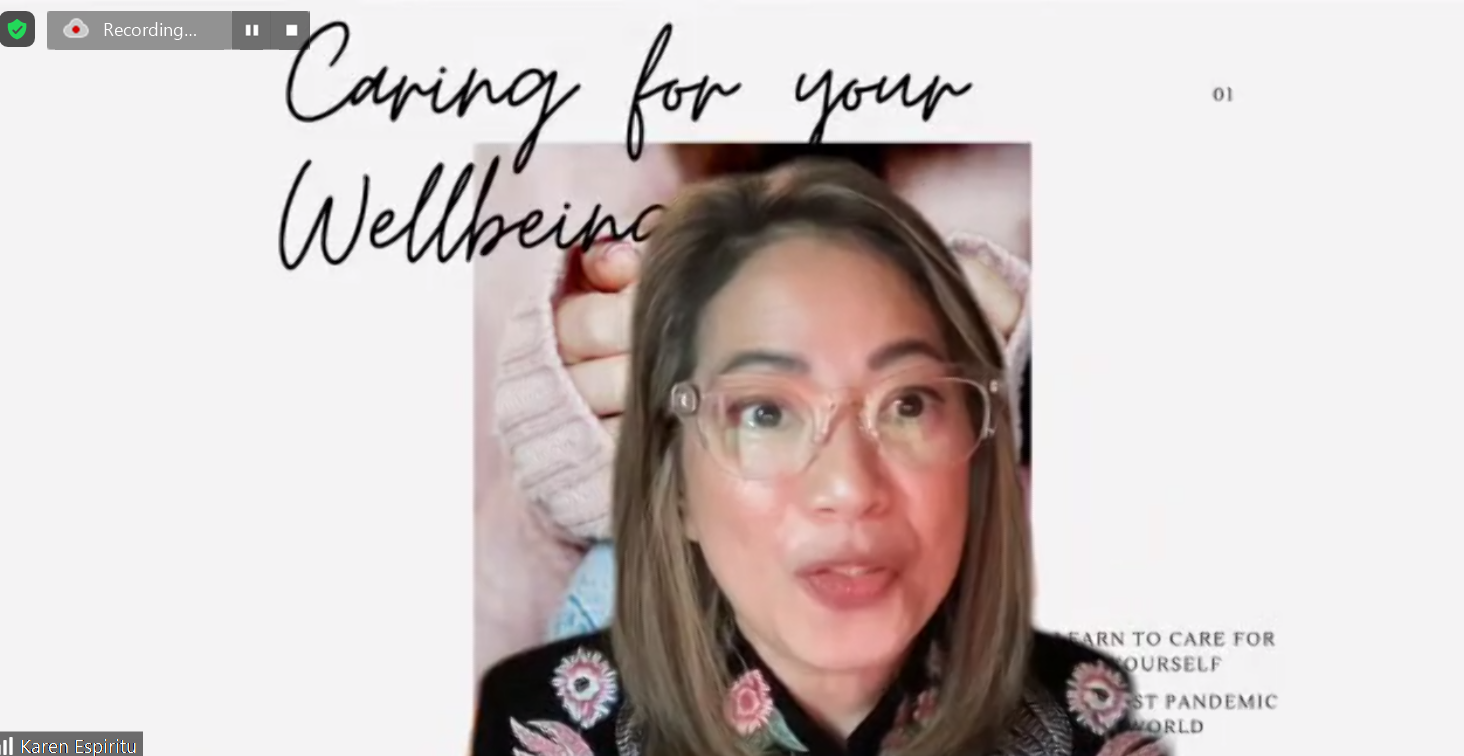 Ms. Karen Espiritu, the speaker of the webinar on Caring for your Well being is a life coach and training facilitator based in New York City

Ms. Espiritu stressed that a person’s well-being is one of the things that every person can control. She explained that this can be done by being mindful, by taking time to reflect on their lives, by praying and meditating. She urged participants to make a gratitude list of the things they have so that they could recognize their blessings, cherish these and be thankful for it.

She also noted that being physically active reduces negative thoughts and improves cognitive function. Participants were also encouraged to learn new things and new skills so that their minds would not dwell on the pandemic and how it has affected them. Acquiring new skills and knowledge can also help open opportunities for each person in the future.

Ms. Karen Espiritu also stressed the importance of continuous connection and interaction with their loved ones so they could form positive relationships that could provide comfort, strength and support.

Finally, by being generous, giving to others and sharing with others as much as they can, are ways of dealing with the stress brought about by the pandemic. By doing so, one can develop a sense of reward as well as spread positivity. 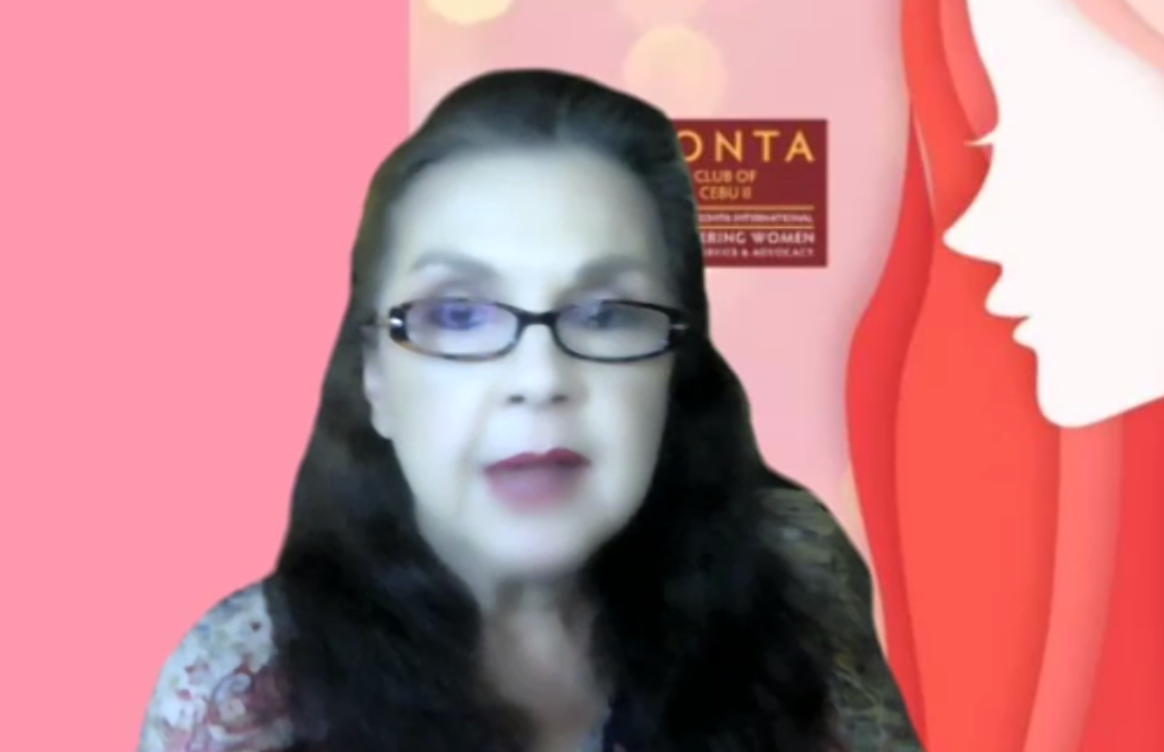 Zonta Club of Cebu II president, Petite Garcia giving her motivational message to the young members of the Z and the Golden Z clubs chartered by the club 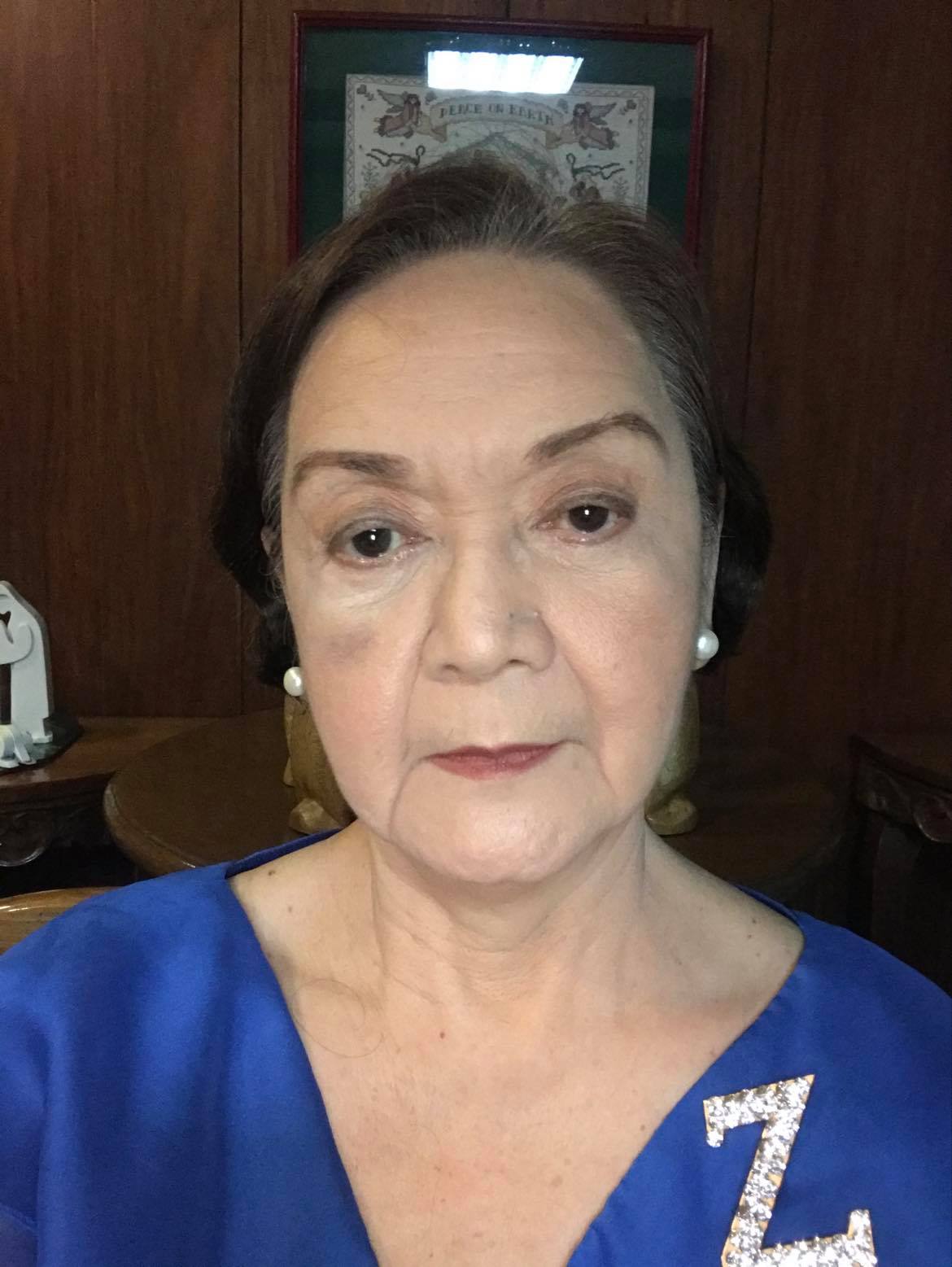 Past President of Zonta Club of Cebu II, Dr. Vivien Seno gave her orientation about the goals and objectives of Zonta International as well as that of its youth chartered clubs, the Z and Golden Z Club

It focuses on stories of adversity of Filipinos that aims to bridge the marginalized with those who have the desire to learn about them and have the ability to help.

Based on the reaction papers of written by Childlink students, students admit that the pandemic has affected them. The webinar helped them realize that they have much to thank for in their lives. Students also recognize that there are things that they can do to minimize the stress and anxiety brought about by the pandemic. 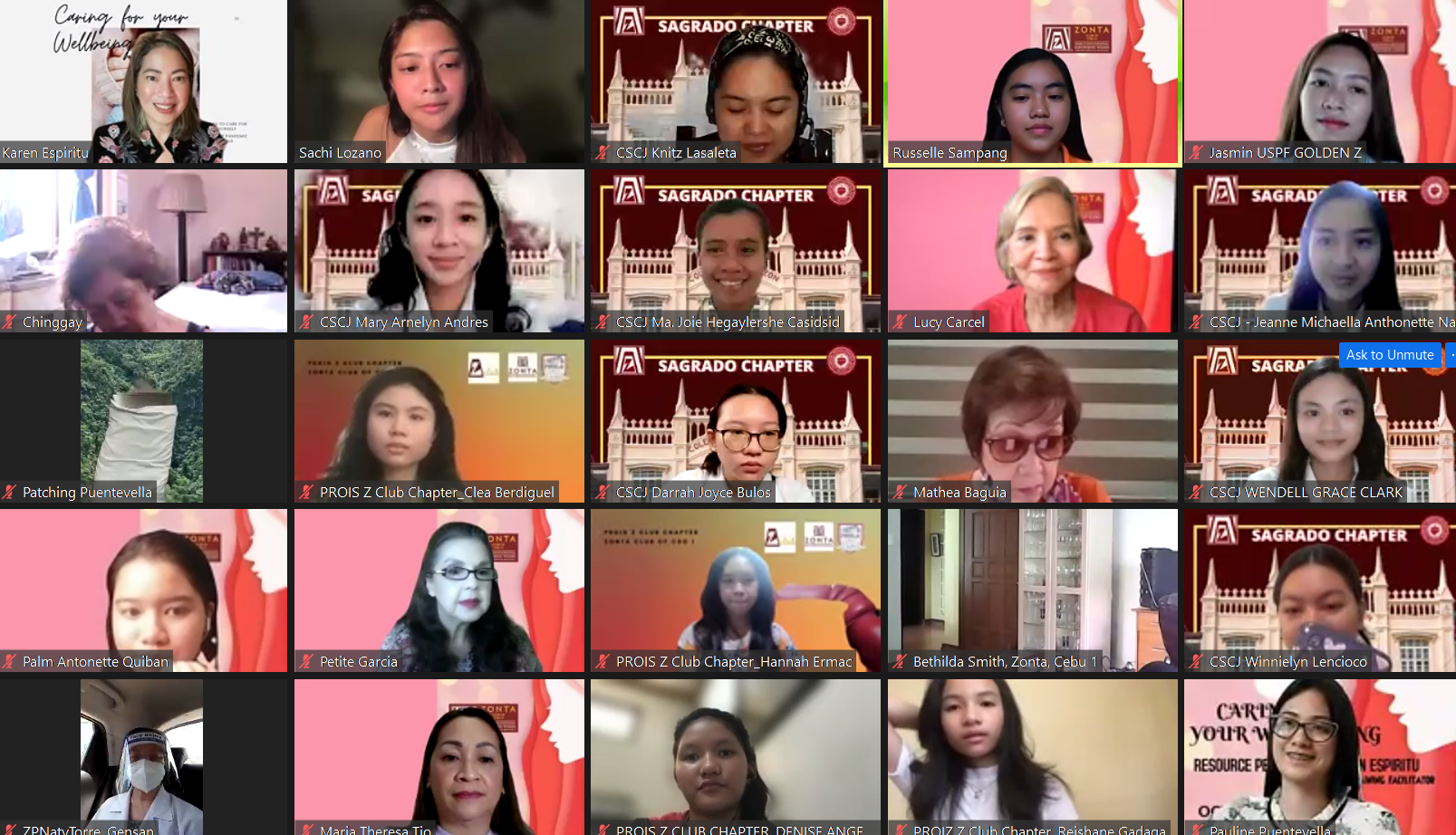 Attendees of the Caring for your Well being webinar were attended by the Z Club of Cebu II, the youth members of the Z and the Golden Z Club of Area 3, and special guests. There were over 200 attendees during the event 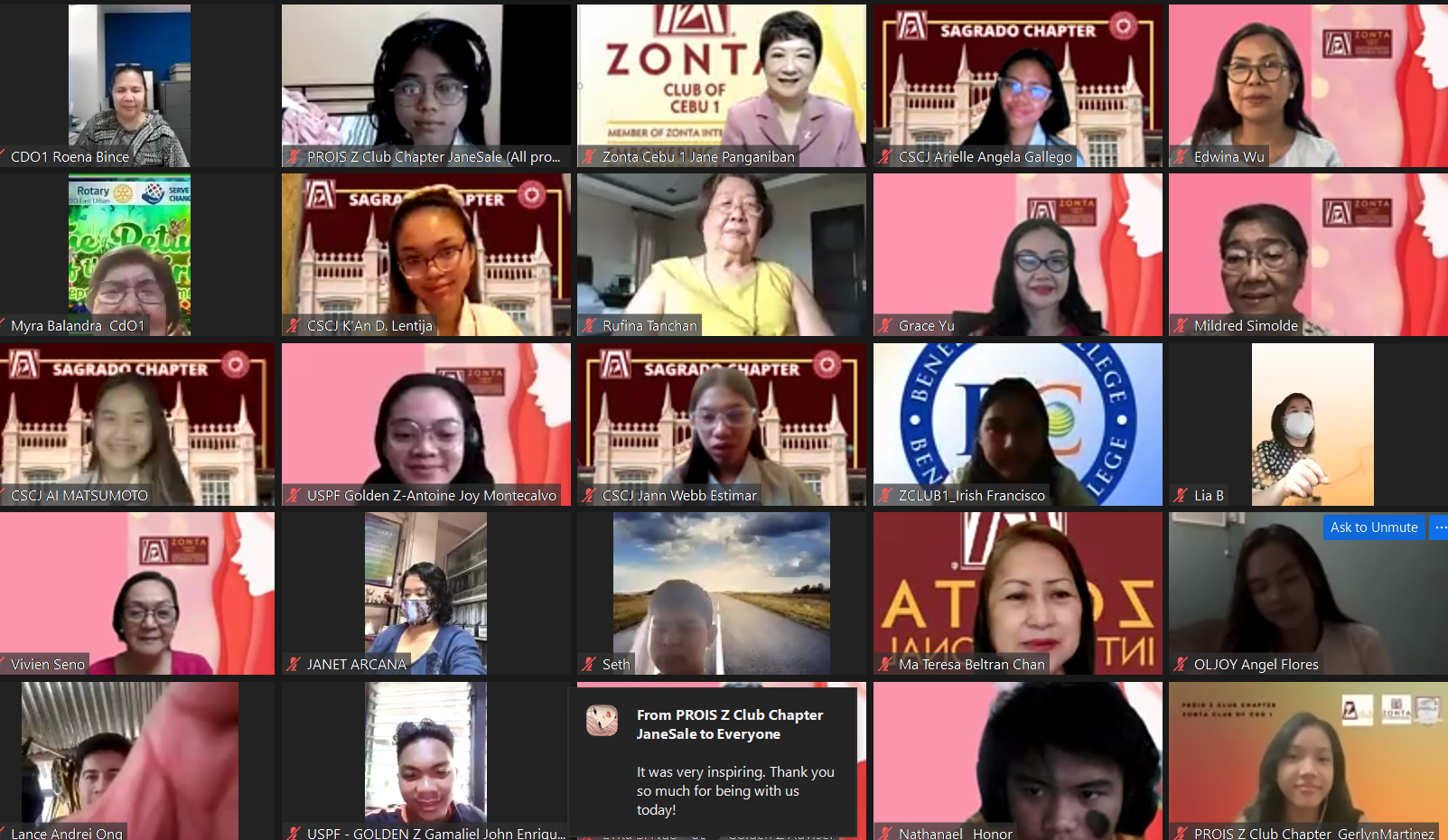 Another webinar was held on October 23, 2021, Saturday in observance of the United Nations Day. The webinar, organized by Zonta Club of Cebu II in collaboration with the Z Club of Childlink High School Cebu, featured the topic on Child Marriage entitled “No Time to Lose: End Child Marriage Now.”

The UN Day activity featured We Are Grils, Not Brides Video while chosen members of the Childlink Z Club presented three stories of different child brides in different parts of the world.

District Governor, Chavali Pamela Osathanugrah based in Thailand gave her closing remarks for the October 23 United Nations Day observance. Her message gave an affirmation of the efforts that the Zonta Club of Cebu II and the Z Club of Childlink in supporting Zonta International’s efforts to End Child Marriage

Chairperson for District 17 United Nations Committee and Past District Governor Georgitta Puyat gave her speech on the support that Zonta International does for the UN. Zonta brings women’s concerns to the UN, suggests solutions, draws public attention to issues and encourages it members to participate at the local level

It also featured a lyric video on Ending Child Marriage that was made by the Grade 9 Z Club of Childlink members.

The UNICEF also reported that the Philippines has the 12th highest absolute number of child brides in the world at 726,000.

Ms. Tio explained that Childlink has been promoting awareness among their students on societal issues. “This is one of the highlights in our curriculum,” she added.

On the campaign against child marriages, Linkers help by disseminating information on child marriages. High School students made a lot of infographics to describe what child marriage is. This advocacy on Ending Child Marriage was launched by the Z Club of Childlink in October 2020.

Anton Miguel Rentuza, President of the Z Club of Childlink welcomed all participants in both events held last October 16 and 23 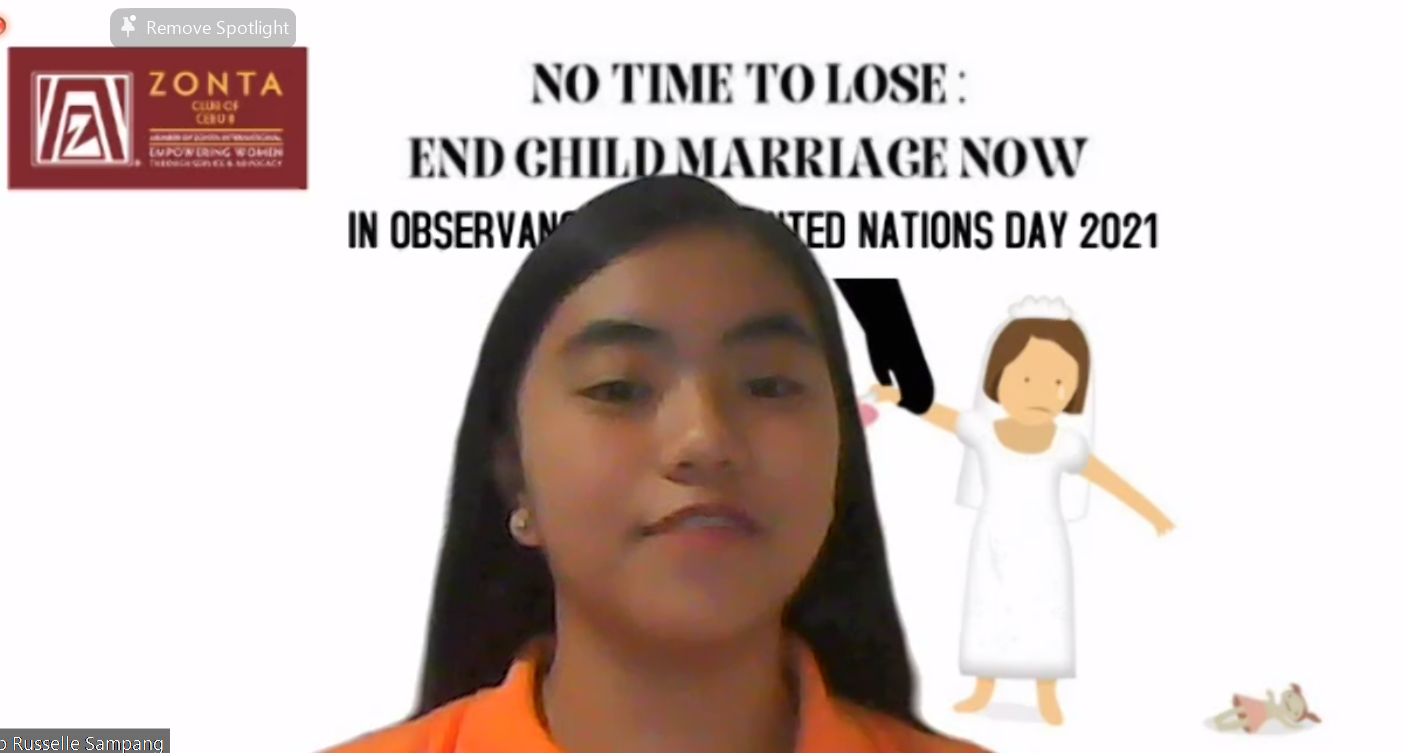 These are being shared by the Linkers to their friends and acquaintances as their way of helping in the campaign.

Meanwhile, Childlink will have various activities during the month of November in celebration of the National Children’s Month. 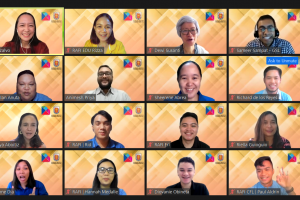 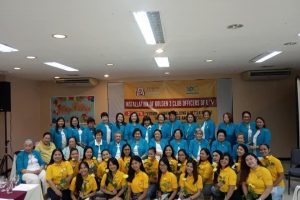 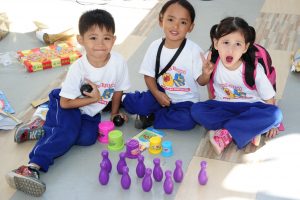 BPI Foundation, Ramon Aboitiz Foundation give back to medical frontliners in Cebu City
mWell PH and PhilCare team up for affordable healthcare to fight against COVID