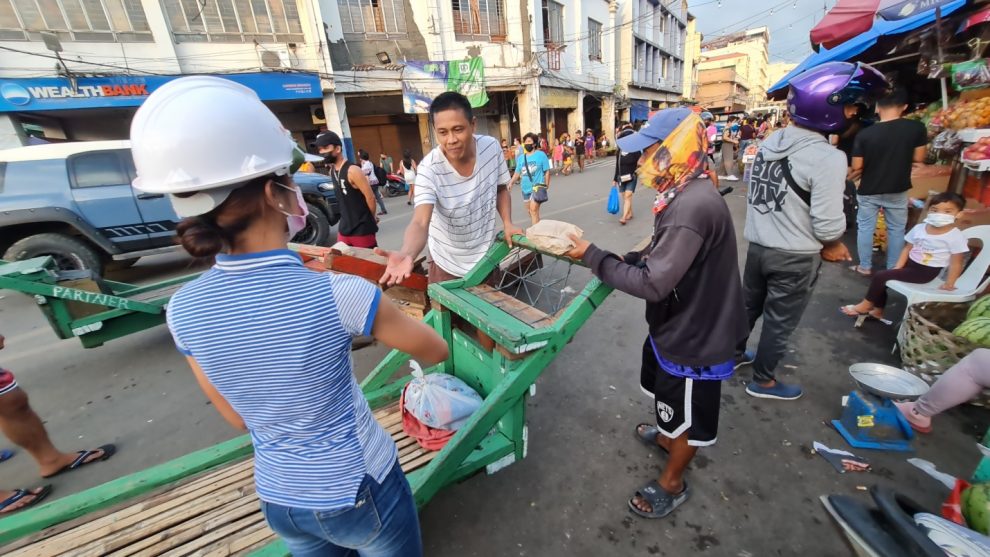 These immediate relief programs included setting up the community pantry on Quezon Boulevard, wherein vendors donated fresh vegetables and fruits for nearby communities who were affected. Other initiatives included distributing holiday food packs to vendors, as well as to a number of kargadors and karumateros; providing water to residents in Sitio Bato of Barangay Ermita; lending equipment and manpower to assist the local government unit in clearing operations; and installing solar lights around the market so that key areas in Carbon do not wallow in the dark while power was still out.

They also continue to operate a free charging station at the ground floor of the Interim Market structure, while construction is being powered by their generator set.

Potot said that while 40% of vendors in Carbon Bagsakan have not yet been able to resume vending because of their losses after Odette, they are thankful that Megawide donated some grocery items on top of immediately repairing minor damage to the sturdy Bagsakan structure.

Potot recalled that at the height of Typhoon Odette, the ground seemed to shake from the wind but the Carbon Bagsakan remained in place and only some parts of the roof were damaged. 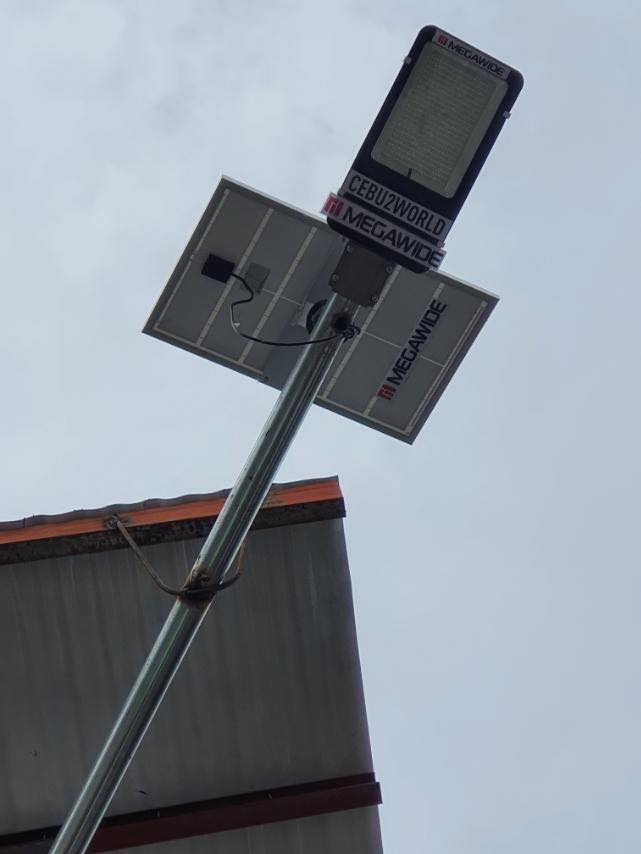 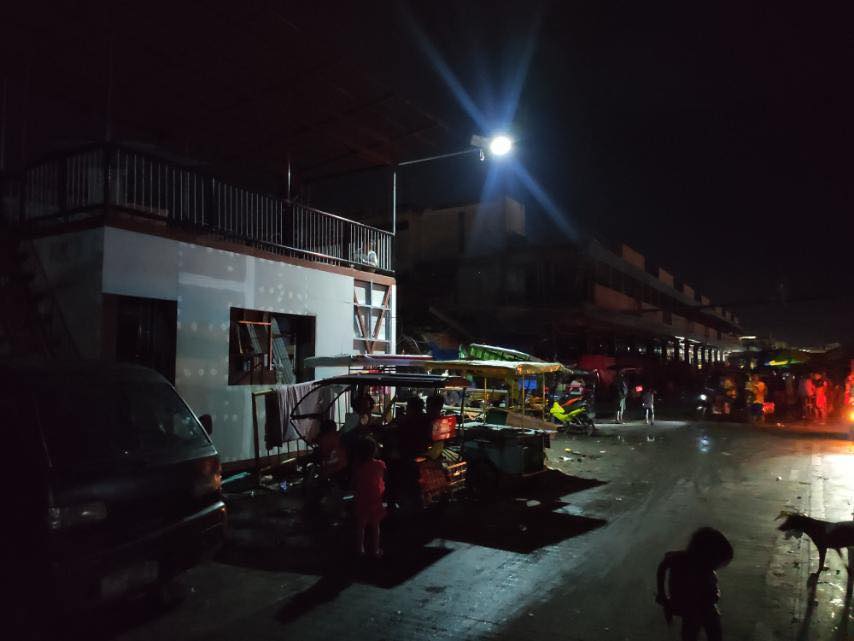 “Megawide ra’y nagpa-suga. Ilang genset pud. Nagpasalamat gani mi atong naay genset kay naka-continue mi sa simba, na-complete jud namo among Misa de Gallo,” said Christie Cortez, a barangay tanod of Ermita and the head of Carbon TINUOD, an alliance of kargadors and karumateros. (Only Megawide was able to provide lighting. We were thankful that they also allowed use of the generator and we were able to complete the Misa de Gallo.) The same generator set is now being used for the free charging station at the Interim Market structure.

Cortez said she was there when Cebu2World officials coordinated with Barangay Ermita to provide water to Sitio Bato residents and some nearby parts of Carbon.
Bebeng Tejedor, who has been selling in Carbon since 1989, said that Megawide’s relief efforts have helped them assist fellow Cebuanos in the Carbon area. This was done through the community pantry that was set up in Quezon Boulevard, across Senior Citizen’s Park.

Tejedor is also grateful that Cebu2World extended a line for them to be able to connect to the free charging station in the Interim Market structure, without having to leave their stalls in the Bagsakan area.

Mark Baway, a security guard under Megawide Construction, said that their charging station would sometimes run for 24 hours. At times it closes at 10 p.m. and resumes at 7 a.m. the next day. This also depends on the available fuel for their generator set, which is being used by construction workers that continue to work on the Interim building.

Indeed, community inclusivity has been a core value of Megawide and Cebu2World in handling national projects.

Angan said that during crises, when the company may have access to immediate needs like food, water, and clearing equipment, their first response is always to share what they have with their host community. 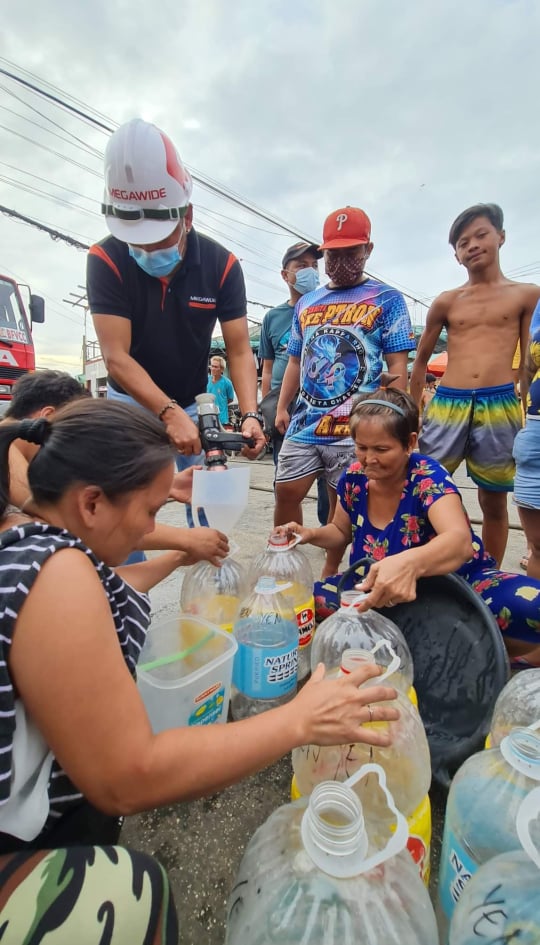 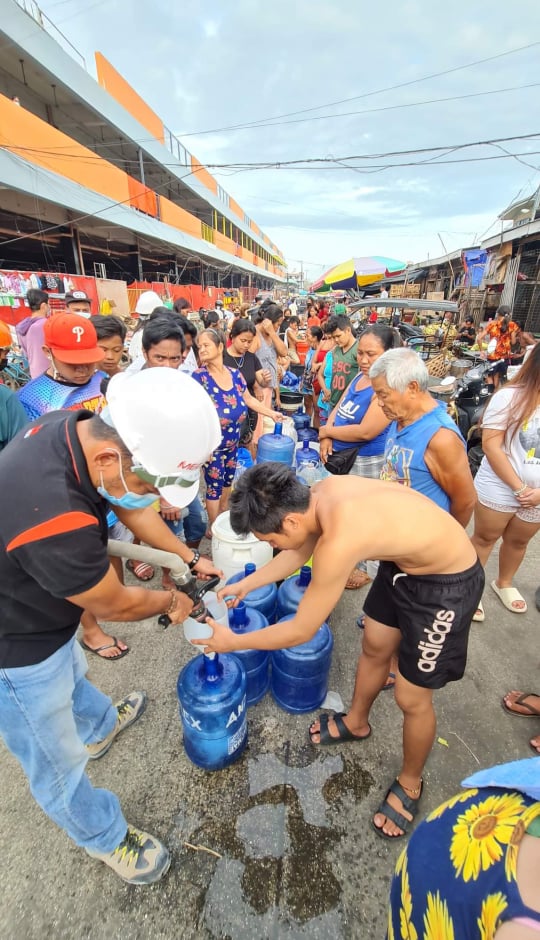 “The aspirations and natural strengths of the Carbon community are already integrated into the development plan for Carbon. As the project progresses and more of the market sections are modernized, they will also have more opportunities that will help them recover from the impact of Typhoon Odette, as well as the COVID health crisis, and attain a better life for them and their families,” she said.

To help small local vendors recover faster from the devastating effects of Typhoon Odette, Megawide encourages Cebuanos to source their staples such as rice, vegetables, and fruit, from the Carbon Public Market, where food supply is no longer a major issue and customers are assured of fresh and locally sourced items. 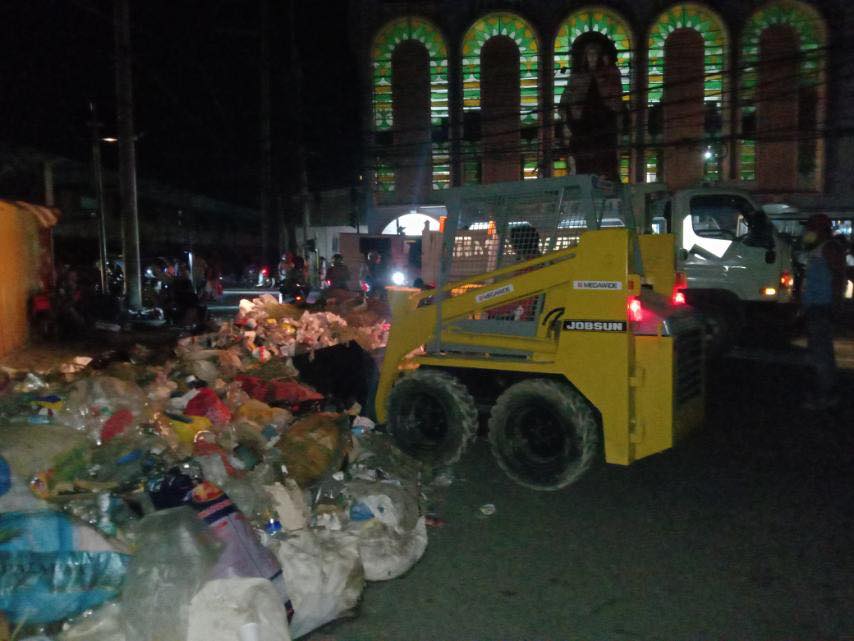 Angan also highlighted that the Carbon modernization project will ensure the improvement of facilities and the district to withstand typhoons. This long-term mission will include the cleaning of waterways as well as the improvement of drainage declogging and street infrastructure. Vendors can continue to look forward to being relocated to a cleaner, safer, and more secure permanent facility. 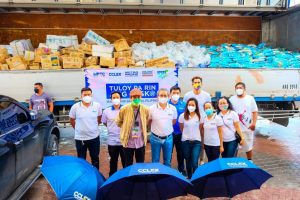 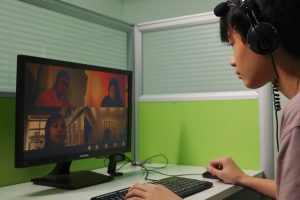