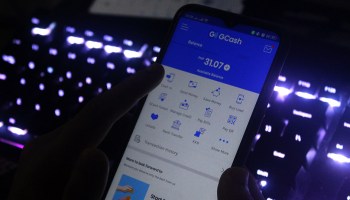 “We thank NBI Deputy Director Ferdinand Lavin, CCD Chief Victor Lorenzo and the entire NBI for their proactive efforts and response against cybercrime. GCash supports government efforts to prevail over criminals and stop them from defrauding our customers. GCash users can be assured that through these collaborations, their e-wallet and data are safe,” GCash Chief Risk Officer Ingrid Berona said.

According to Berona the fraudsters racket allegedly involved selling scam pages, including an imitation of the GCash webpage to dupe users via phishing to get sensitive data.

Victor Lorenzo, chief of the NBI-Cybercrime Division was grateful of the strong support of GCash in apprehending these alleged fraudsters and in ensuring its customers are protected against cyber criminals.  “As most processes now are done digitally and electronically, safeguarding the public online requires everyone’s vigilance and cooperation to combat fraud,” he added.

According to Berona, GCash is now working actively with the NBI and other law enforcement agencies to further strengthen security measures, through continuous threat and intelligence sharing, among others. GCash provider employs up-to-date security technologies and global best practices to ensure safe transactions for customers.

It advised customers to be wary of phishing messages sent via SMS, email or social media that mimic official platforms to obtain sensitive information such as MPINs and one-time passwords (OTPs).

“We urge our customers to be vigilant of phishing messages or suspicious calls meant to dupe them into giving away sensitive data about their GCash accounts. We will never ask for your MPIN or OTP, nor will we ask you to share it with anyone,” GCash Chief Corporate Communications Officer Chito Maniago stated.