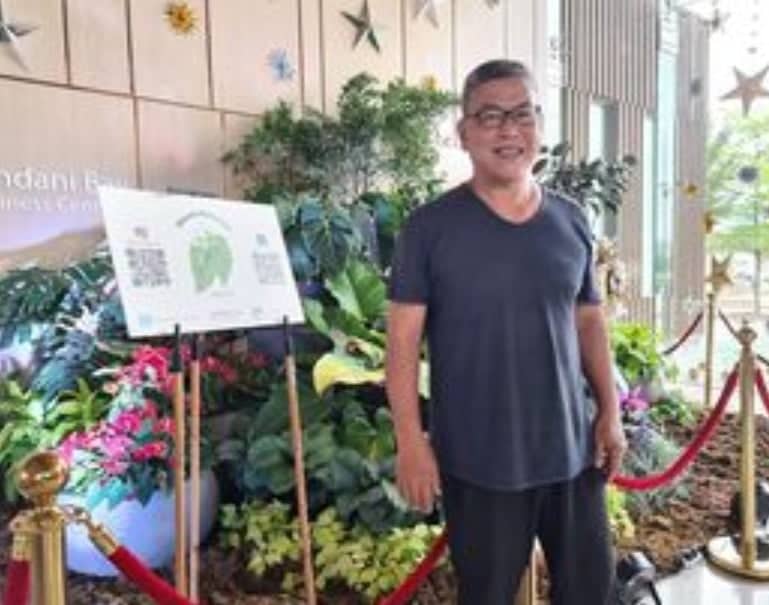 CEBU CITY– Summer is here and it is the time when flowers bloom, ornamentals and other plants thrive, and in its greenest.

Welcome to “Blooms & Greens”, a two-hectare flower farm located at Barangay Bonbon-Sudlon 2, Cebu City which is home to over 5,000 different kinds of flowering plants and ornamentals where varieties and species of orchids, anthuriums, philodendrons, bouguinvillas, monteras and many more, rare and common ones are planted, bred and propagated.

Owned, developed and managed by Jaime Chua, an architect by profession, landscaper and gardener extraordinaire, an avid and passionate collector of high-end and rare orchids, other flowering plants and ornamentals. 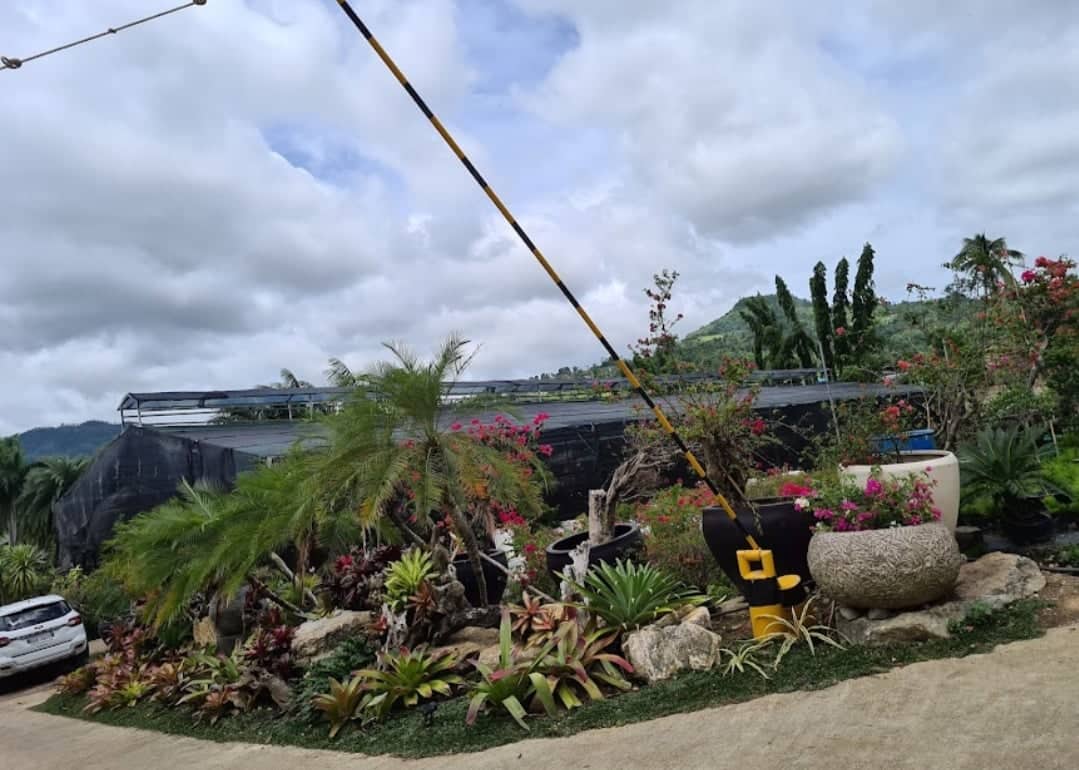 Chua, in an exclusive interview with this writer revealed that his passion for collecting flowers and plants was influenced by his grandmother who loved plants and animals.
“I grew up with my Lola so I developed the same passion and love for plants as I watched my Lola tended to her garden. I was six then when I asked our house helpers to bring plants and flowers with them when they came back from their towns or provinces during their time-off and vacations.  They mostly brought back varieties and species of orchids and other flowering plants,” Jaime narrated.

That began his collection of orchids and flowering plants, but more specifically he had that strong penchant for Waling-Waling.  Jaime became serious as a plant/orchid collector when he was in college.  He started buying and acquiring assorted and rare species of plants and ornamentals in the 1980’s when planting and collecting orchids were nor yet a fad. 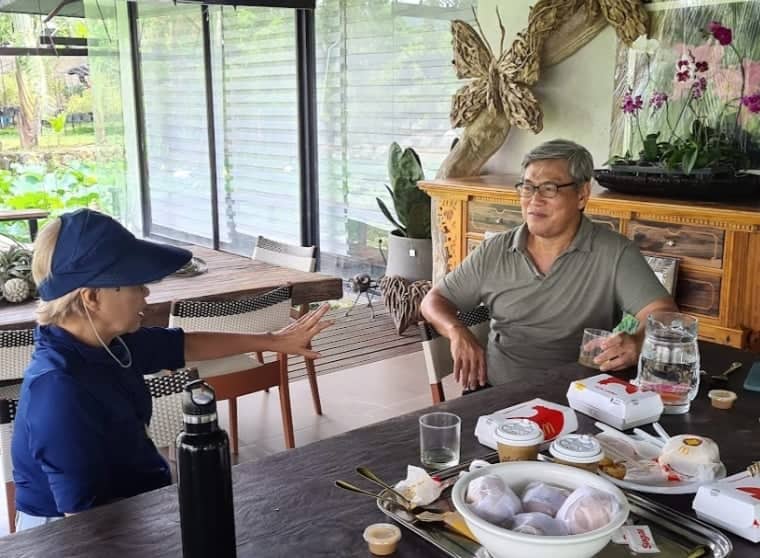 With the wide array of plants and flowers at his collection garden, he began landscaping his garden and his friends’ houses as just a hobby.  That created a ripple effect and by word of mouth and those that saw his job, his landscaping business was born in the 90’s. He was called often to landscape residences of more friends and friends’ friends, thus “Blooms & Greens” became his business name.

Landscaping as part of architecture and design

“Landscaping is part of architecture and design.  As an architect, this actually suits me well and it also blends well with my passion as a gardener and plant collector.  I’ve probably done more1,000 landscaping in my more than 30 years in the business, from small gardens of 50sqm to a hectare-wide garden,” Jaime said.

His biggest landscaping job so far was a one-hectare garden in a house located at Maria Luisa Village, a posh millionaire’s subdivision in Cebu City that he completed in one year’s time, a phase-by-phase kind of landscaping, Jaime revealed. 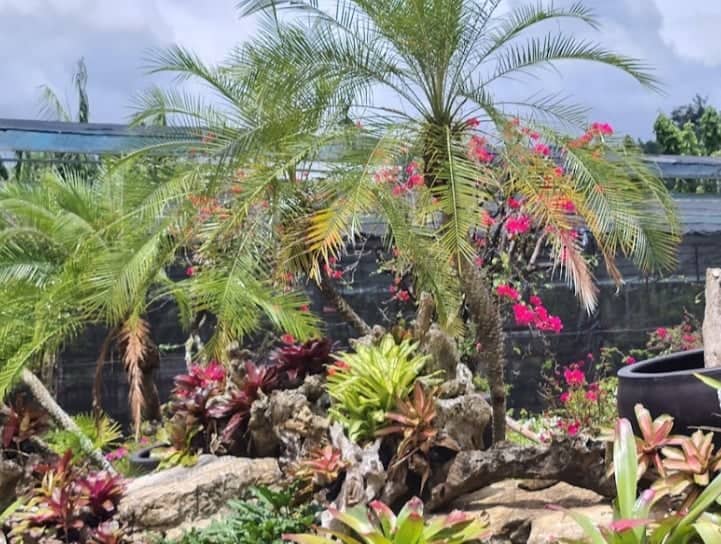 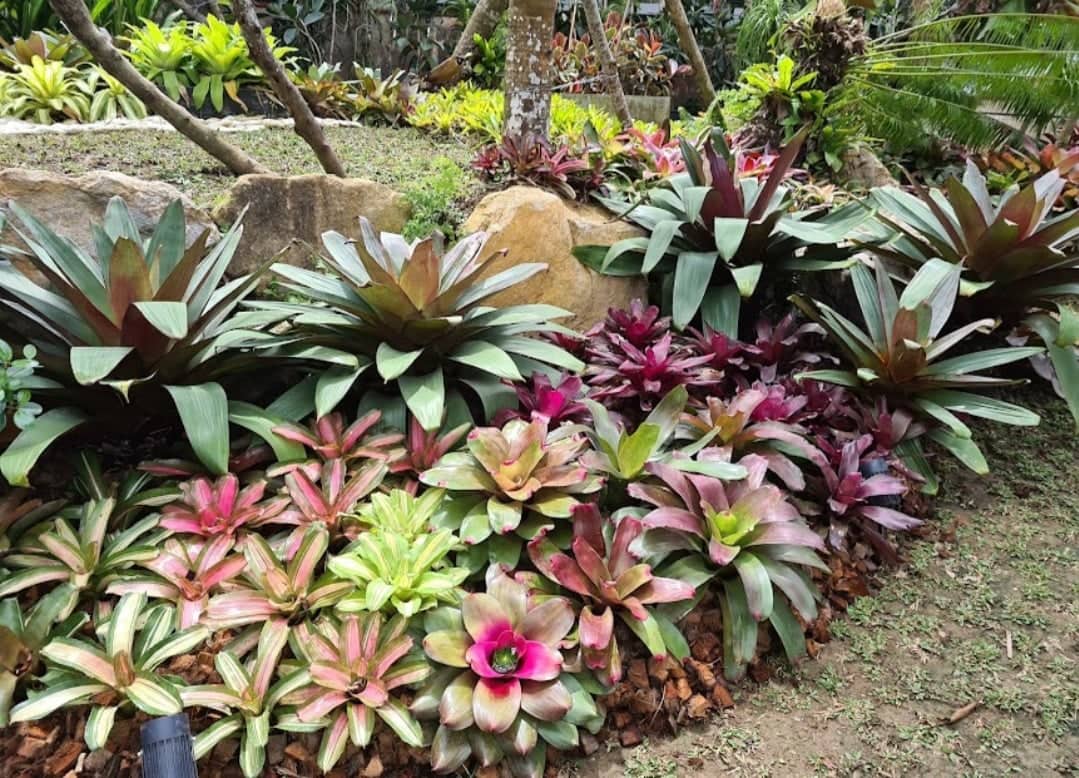 Jaime’s last landscaping project before the pandemic was landscaping Tambuli Beach Resort, but he said he prefers to do residences.

“Is it difficult to landscape?” This writer asked.

“Yes and no,” he answered.  Landscaping, he said begins with the ocular inspection of the house or the garden, because everything is based on the look of the house.  One has to think in terms of from the soil to grasses, trees, shrubs, flowering as turn key including statues, water features such as falls, ponds and the like.”

An ordinary house landscaping is between 1,000 to 5,000 sqm and that costs more than one to five million pesos. “The small landscaping I did was a 50sqm garden that was completed in one day,” he added.

Chua’s transition to collect, plant and breed ornamentals was based on his interest for landscaping, because he said that landscaping needs assorted plants and ornamentals and sourcing them is a great challenge if one is not familiar with them. 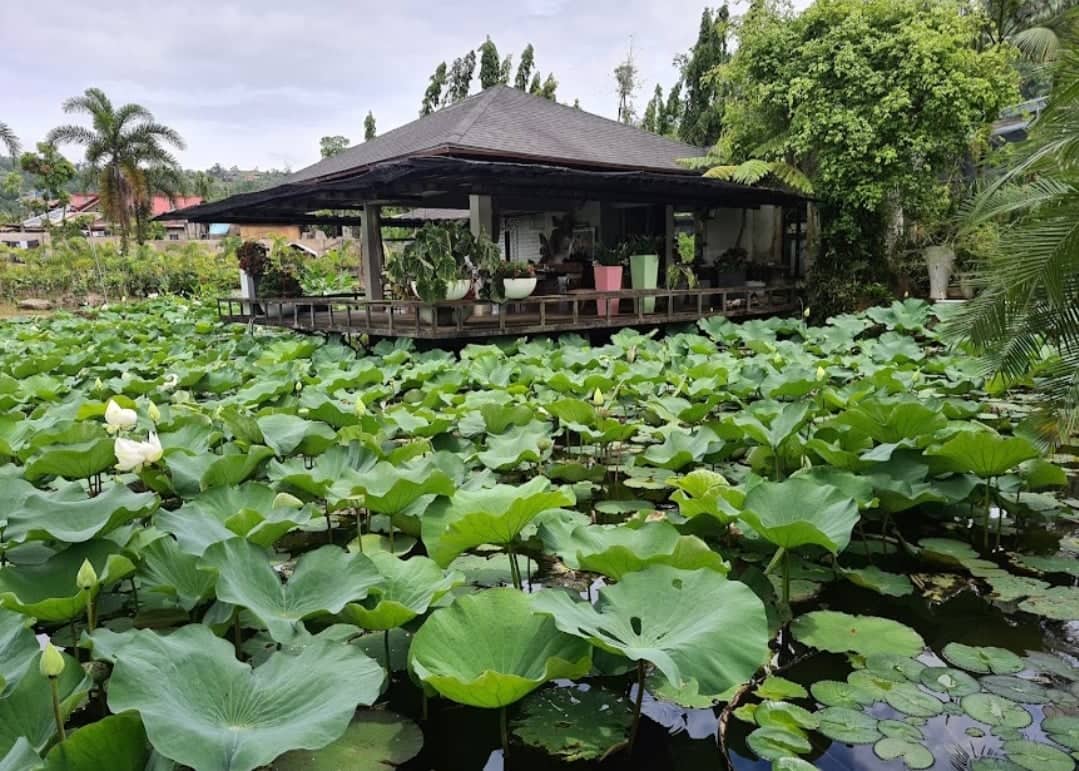 According to Jaime, he sourced out his plant/ornamental needs from Manila, Davao and other parts of Mindanao; Hawaii and Thailand for those plants that are  not available in the Philippines.

Davao has plenty of flowering plants and ornamentals because it is the home of most landscapers and collectors in the country.

Collecting is based on demand and supply of various kinds of flowers, plants and ornamentals such as anthuriums, philodendrons, those with flowers and leaves, he said.

Chua is both a landscaper, plant collector and a gardener.  He owns several farms in Cebu where he plants and collects varieties of flowers and ornamentals including grass and others that are needed in his landscaping jobs.

“I have plants, rare and ordinary that other landscapers don’t have,” Chua sees his collection items as focal points of his job.  He has the most number of waling-waling collections, including priced ones.  He has about 5,000 or more collection of philodendrons or the aroid groups, anthuriums and other ornamentals.

Horticulture in the Philippines is still in its infant stage

Chua noted that the pandemic has created high global demand and supply for plants.  “Before the pandemic, plants were not in demand. The pandemic has somehow encouraged people all over the world to plant and collect thus, the supply and demand of all kinds of flowering plants, ornamentals and the like heavily increased especially from so many plant collectors globally,” Chua said.

According to him, main source of plants come from Thailand.  Plants in Thailand now are more expensive than in the Philippines because Thailand has a well-developed horticulture industry. Most of the big landscapers and plant collectors in the world go to Thailand for rare species and varieties. 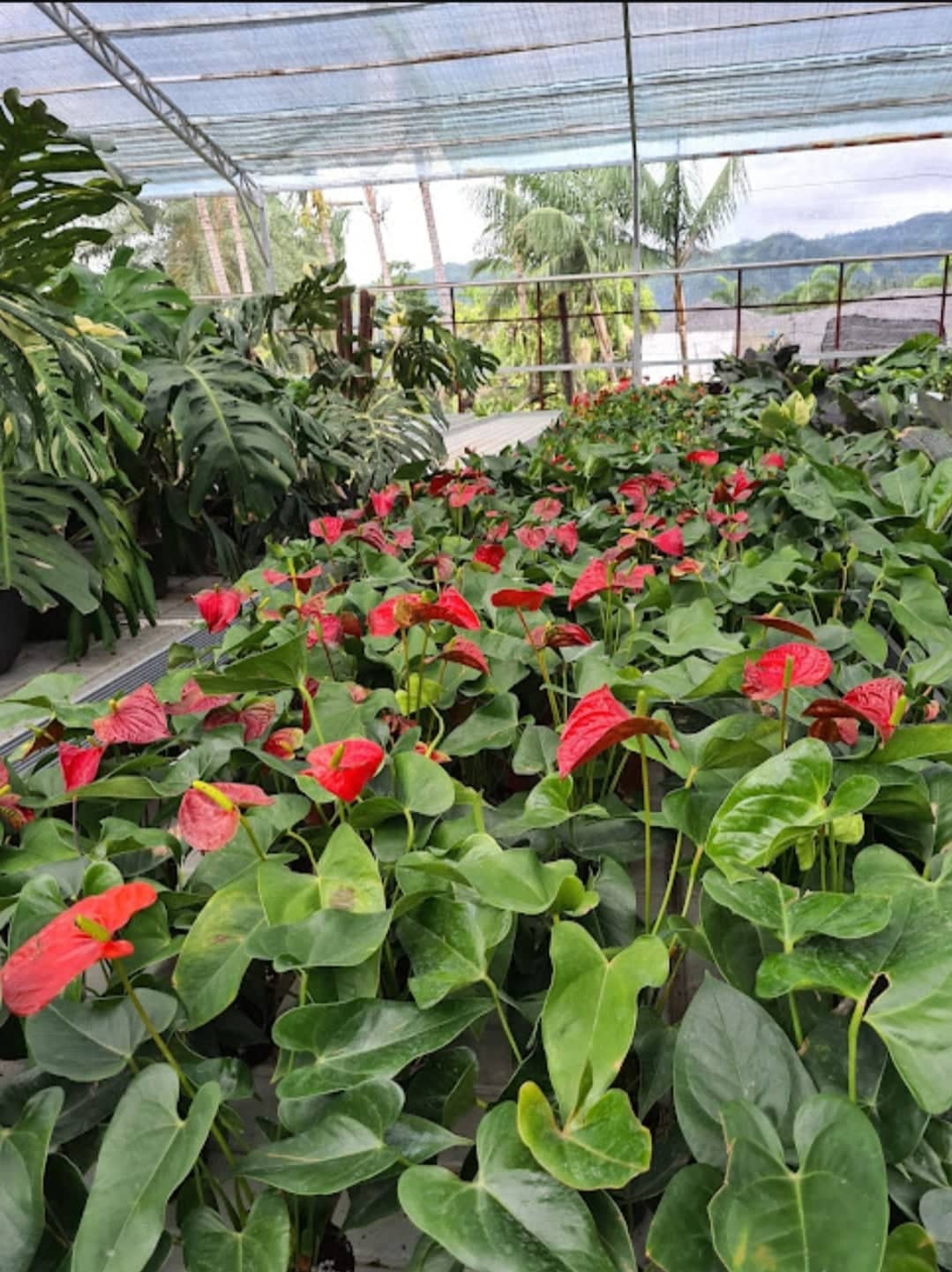 “Recently though, the trend now is Equador plants, very rare varieties and species of flowering plants and ornamentals that are found in the forests of Equador are sought after and are highly expensive for collectors,” Chua said.

He noted that the horticulture industry in the Philippines is in an infant stage, it has not been developed as a global export industry market.  “Thailand is,” Chua said.

Although, he said that finding the needed plants and flowers for his landscaping business is not that difficult because Manila and Davao and some parts of Luzon and Mindanao are the main sources of materials. 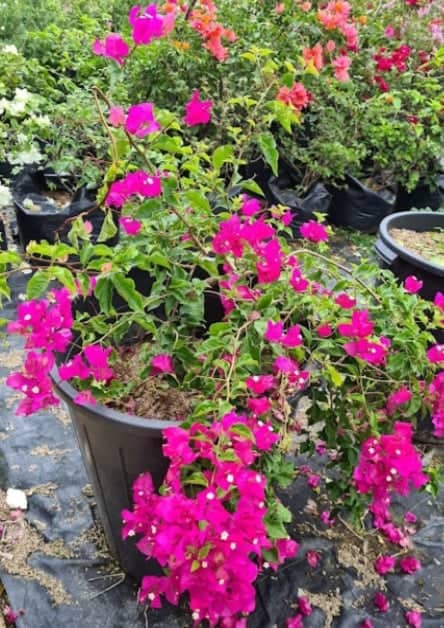 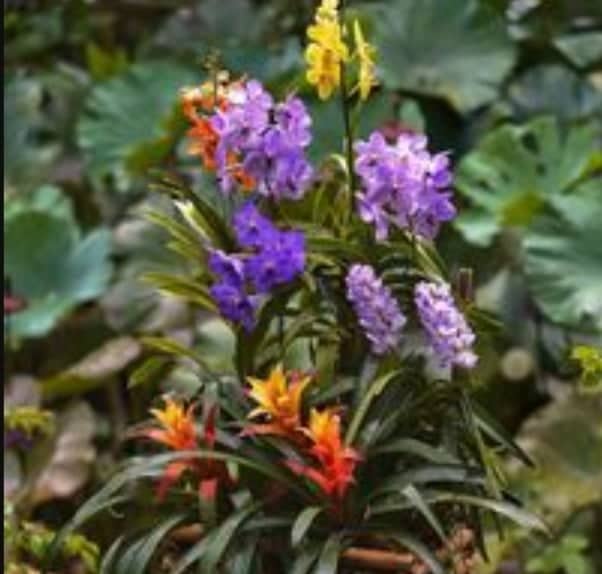 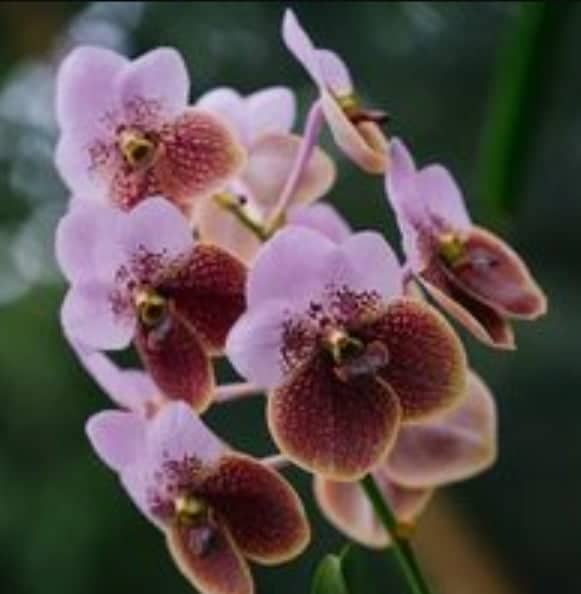 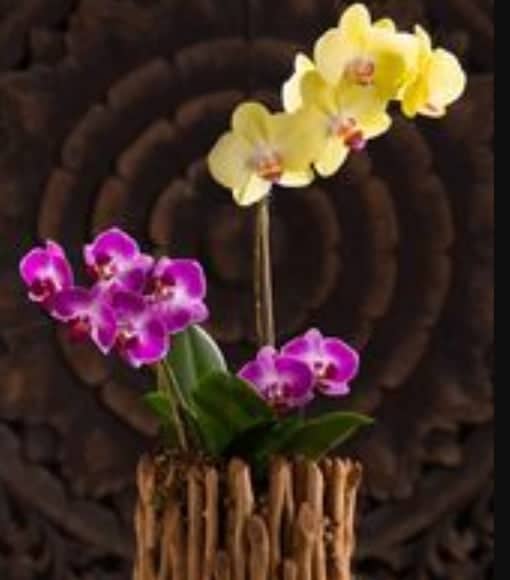 A gardener by heart

Chua admits that aside from being a landscaper and collector, he is a gardener by heart.  He plants and breeds selected plant collections that can fetch high value income for his “Blooms & Greens”.

He also has collections of black cardinal at P2,000; calathea princess jessue and calathea bottie at P1,500 each. From his Waling-waling collection, he sells them ranging from P500 for the black cardinal; pink princess and alocasia hybrid to phal mini at P3,000.

In December 2021, Jaime Chua had his first “Blooms & Greens” show at the Mandani Bay gallery where he bared his various plants and ornamentals collections including those rarest and most expensive varieties/species as well as those ordinary ones. 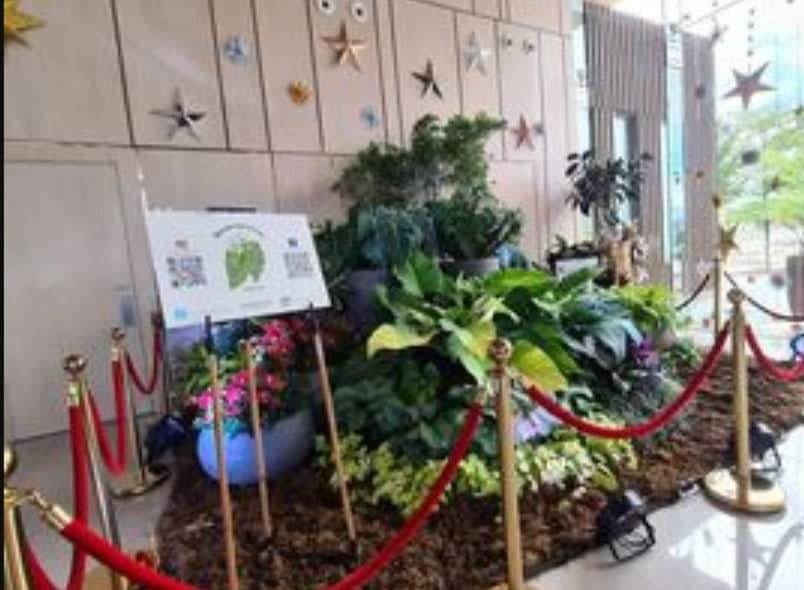 At 60, Jaime Chua looks like he’s not just about to stop gardening and he looks 20 years younger than his age. He probably discovered that fountain of youth from the energy of the plants he loves and passionate about and the grounding from the soil, the grass, water and all other nature’s elements that he touches and turns them into other sets of natural landscapes for humans to appreciate and smile, as what nature always does to people. 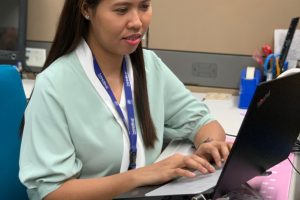 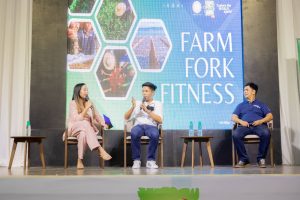 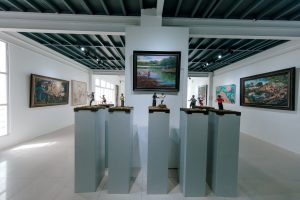