President Ferdinand “Bongbong” Marcos Jr. called on the Congress to pass nineteen (19) priority legislative measures to fuel the country’s drive for growth and recovery across sectors in his first State of the Nation Address (SONA) on July 25, 2022.

“As I am here today addressing the legislature, allow me now to propose legislation that we would like you to pass in support of these programs,” Marcos Jr. said before the lawmakers at the plenary hall of the Batasang Pambansa in Quezon City. 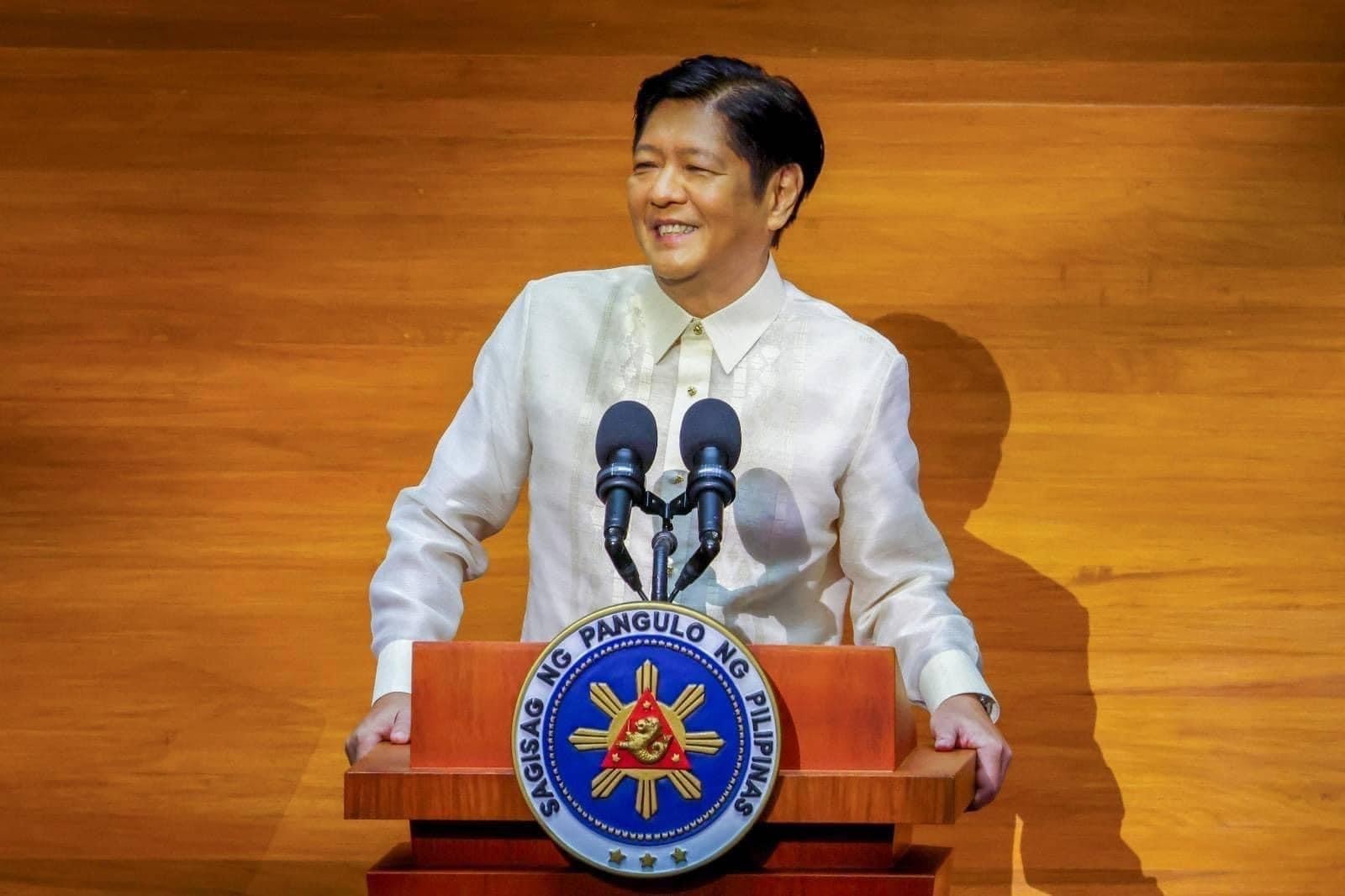 Marcos proposed to lawmakers the National Government Rightsizing Program (NGRP) that seeks to enhance the government’s institutional capacity to perform its mandate and provide better services, while ensuring optimal and efficient use of resources.

“The rightsizing efforts will involve conducting a comprehensive strategic review of functions, programs, and projects that will cut across various agencies,” he said.

He added that the NGRP will entail a comprehensive strategic review of the functions, operations, organization, systems and processes of the different agencies, and massive and transformational initiatives in agencies concerned, such as mergers, consolidation, splitting, transfer, and even the abolition of some offices.

According to Marcos, the Budget Modernization Bill seeks to institutionalize the Cash-based Budgeting System of former President Rodrigo Duterte’s Executive Order No. 91.

The proposed bill aims to “strengthen fiscal discipline in the allocation and use of budget resources by ensuring that every peso budgeted by the government would lead to the actual delivery of programs and projects.”

“The full implementation of the CBS is timely and vital as the government executes response and recovery plans post- pandemic,” he said.

Marcos also seeks the enactment of the proposed E-Government Act, which establishes an E-Government Master Plan that covers all e-government services and processes.

He also wants Congress to pass the Internet Transaction Act or E-Commerce Law which establishes an effective regulation of commercial activities through the internet or electronic means to ensure that consumer rights and data privacy are protected, innovation is encouraged, fair advertising practices and competition are promoted, online transactions are secured, intellectual property rights are protected, and product standards and safety are observed.

This addresses the liquidity or solvency problems of MSMEs and strategically important industries, to encourage their continued operations and maintain employment.

Establishment of a Medical Reserve Corps, National Disease Prevention Management Authority, Virology Institute of the Philippines (VIP), and the Department of Water Resources

Marcos also asked lawmakers to approve the establishment of a Medical Reserve Corps, National Disease Prevention Management Authority, creation of Virology Institute of the Philippines, and the Department of Water Resources.

This measure seeks to grant a monthly disability pension to military and uniformed personnel who retired by reasons of disability. This is in lieu of disability benefits being provided under existing laws.

The E-Governance Act promotes the use of Internet, Intranet and other ICT which is expected to provide opportunities for every Filipino.

President Marcos seeks to enact the National Land Use Act to provide a “rational and holistic management and development of the country’s land and water resources.”

The President pursues the reinstitution of the ROTC as mandatory component of the senior high school programs in all public and private tertiary-level educational institutions to “motivate, train, organize, and mobilize the students for national defense preparedness, disaster preparedness and capacity building for risk-related situations.”

Enactment of an Enabling Law for the National Gas Industry

This enactment is expected to foster the development of the Midstream Natural Gas Industry in the country.

Amendments to the Electric Power Industry Reform Act or EPIRA (Republic Act No. 9136)

The President said these amendments aim to “improve the implementation of the law’s provisions and enhance its effectiveness to address high cost of electricity, alleged market collusion and insufficient power supply.”

The bill is also aiming to restructure the Energy Regulation Commission (ERC) to cultivate accountability and to improve the commission’s government system.

Amendments to the Build-Operate-Transfer (BOT) Law

President Marcos said it is not his intention to diminish the risks and challenges that the country is facing but he said he is also seeing “sunlight filtering through these dark clouds.”

The President is confident that the country will endure.

Ending his first SONA, the President said, “I know this in my mind, I know it in my heart. I know it in my very soul…the state of the nation is sound.” (EDelaCruz and ABancud – PIA CPSD)

More Korean flights resume at MCIA, domestic routes now at 70 percent back
City set to get P50M from Megawide