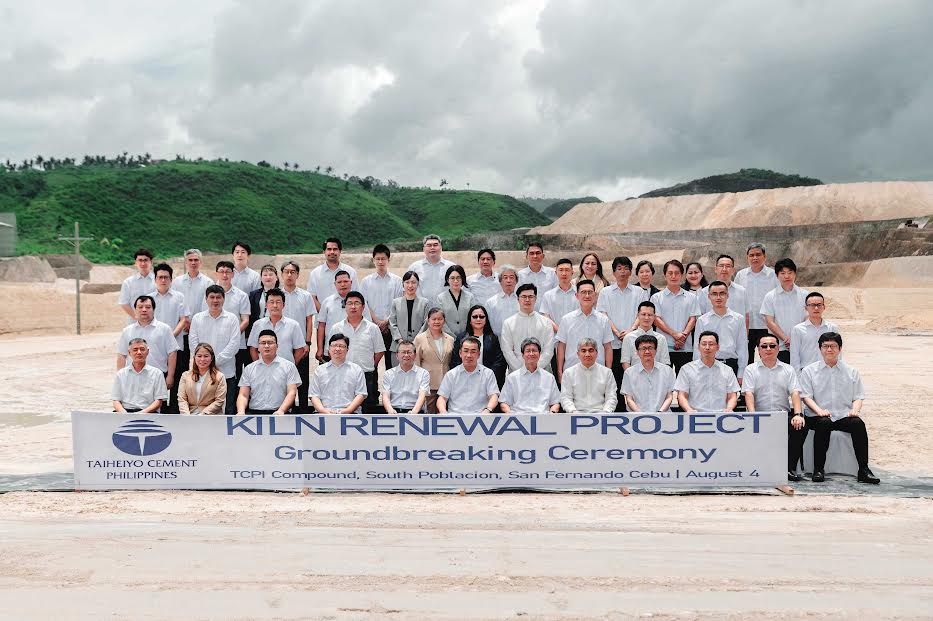 SAN FERNANDO, Cebu – The Taiheiyo Cement Philippines, Inc. (TCPI) kicked off the construction of its new manufacturing facility in San Fernando, Cebu when TCPI officials and representatives from its mother company, Taiheiyo Cement Corporation (TCC) based in Tokyo, and China-based project collaborators gathered on August 4 to a groundbreaking ceremony at the site where a new kiln will be put in place.

Yuichi Kitabayashi, vice president in a message Asako Nakajima of the International Business Division read for him, announced that TCC has shifted its policy to focus now on Southeast Asia where significant growth is expected in the future under the slogan “South Down Shift,” he said, the Philippines is positioned as the most important country in the region.

TCPI president and CEO Yoshihito Izawa described the groundbreaking as the first day of the company’s Kiln Renewal Project, which is another milestone for TCPI and the crucial turning point for its future.

Izawa led on Oct. 15, 2021 to close the old kiln that produced cement for almost 30 years that contractors used to build several edifices and infrastructure projects in Cebu and many parts of the country.

The Grand Cement Manufacturing Corp. (GCMC) imported it from a mothballed cement plant in Kaiser, Texas, USA and operated it in a complex built at the current site from October 1993.

TCC acquired GCMC in 2001 through its international business division and since operated it under TCPI.  It decided to invest ₱15 billion in 2017 to build the new plant that will now be started and associated facilities.

TCC president and now board chairman Shuji Fukuda committed the “Renewal” expansion to Trade and Industry Secretary Ramon Lopez in the presence of President Duterte during his state visit in Japan on Oct. 30, 2017.

TCPI has been a faithful partner of the country’s construction industry, providing superior quality cement products in all islands in the Visayas, Mindanao and, partially, in Luzon.

TCPI plant will be the first integrated cement production line built since the second line assembled for the Nghi Son Cement Corp., a TCC subsidiary in Vietnam.  It is consider the new TCPI plant to be the most important project that will affect the sustainable development of the Taiheiyo Cement Group, Kitabayashi revealed.

According to Kitabayashi that TCC invested ₱15 billion for this new facility that is expected to increase the company’s production capacity to three million tons after its completion in April 2024.

While the new plant will be able to produce three million tons in a year, Kitabayashi said TCC aims to potentially reach a capacity of five million tons to correspond with increases in demand, an estimated 10 percent in market share.

“The new production line will not only provide a stable supply of cement of the highest quality by introducing state-of-the-art production technology, it will also play a role in reducing CO2 emission and waste disposal,” Kitabayashi added.

Koshiro Hidaka, TCC managing executive officer said that after the groundbreaking ceremony, the on-site construction will finally start and underscored Taiheiyo’s further contributions not only to the Philippine construction industry but also to Philippine society as a whole.

“From now on, we will move on to the stage to do the actual work to construct the cement plant as we planned. We will build the No. 1 most-advanced plant in the Philippines through the collaboration of Taiheiyo Cement, a top Japanese cement manufacturer, and Anhui Conch Group, a top Chinese cement manufacturer.  Based on target, the facility starts commercial operation in May 2024,” Hidaka disclosed.

TCC noted that demand for cement in the country increased by 30 percent from 2015, reaching 32 million tons by the end of 2019, with TCPI contributing seven percent of the national demand.

While demand shrunk in 2020 because of the coronavirus pandemic, the October 2020 World Bank East Asia and Pacific Economic Update expected it to rise again with strong gross domestic product (GDP) recovery.

Confident of the country’s projected growth trajectory in the post-pandemic era, TCC announced in the last quarter of 2020 the construction of a new production line that will increase TCPI’s capacity to 3.0 million tons of cement that can increase its market share to 10 percent.

The kiln is used for the pyro-processing stage of the manufacture of Portland, and other types of hydraulic cement, in which calcium carbonate reacts with silica-bearing minerals to form a mixture of calcium silicates.

The new line will offer significant advantages in terms of energy efficiency and will reduce Carbon Dioxide (CO2) emissions from energy use in clinker production by more than 10 percent compared with the efficiency of the current line, Izawa noted.

Additionally, it is expected that the higher quality clinker produced with the new line will enable a reduction in the clinker factor and thereby realize a further CO2 reduction per ton of cement produced, he added. 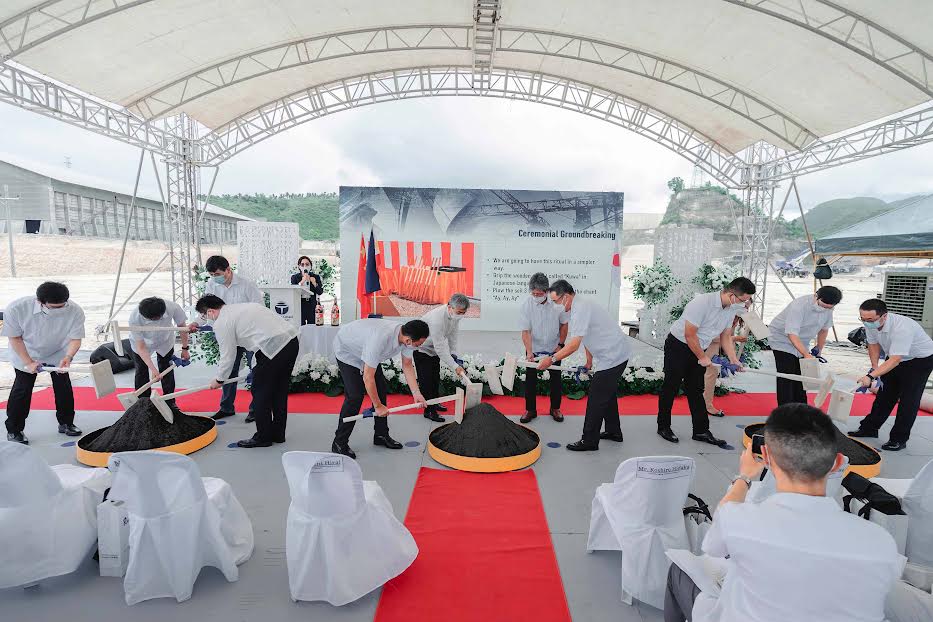 Over a billion tons of cement per year are produced all over the world. Rotary kiln is the main engine in cement production, the core equipment of the production, and commonly known as the “heart” of the cement plant. 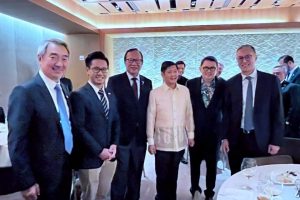 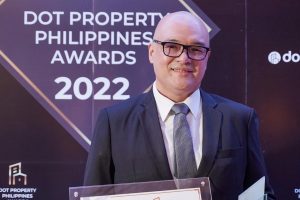