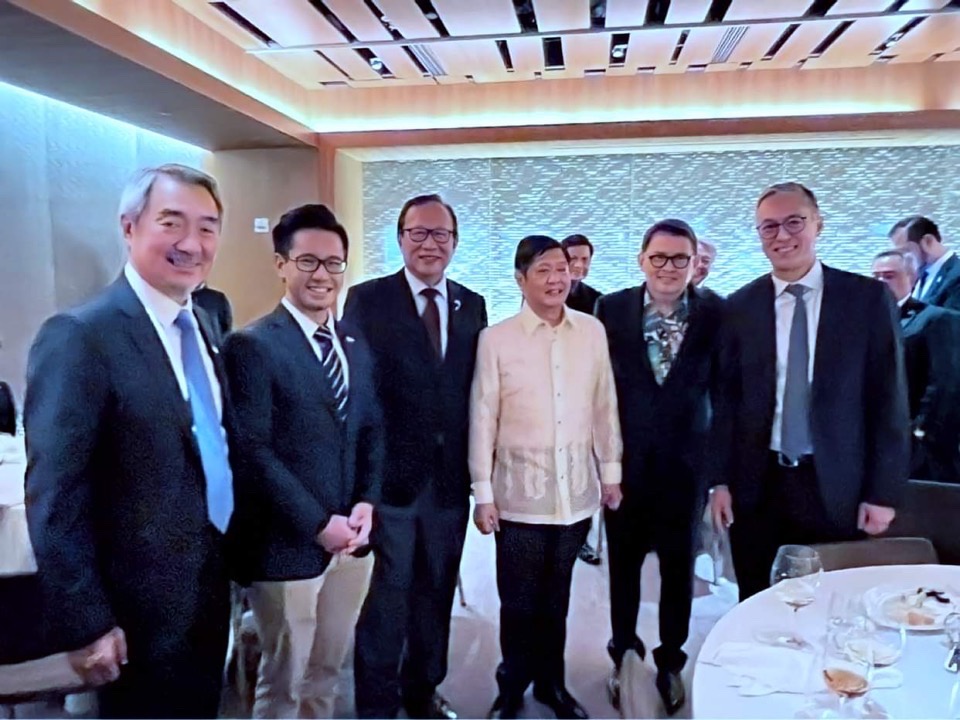 With the country’s leading tycoons making up the delegation, President Ferdinand Marcos Jr.’s recently concluded six-day working visit to the US stirred excitement among some of the world’s largest private equity investors.

One of the highlights was a high-level roundtable meeting organized by Asia Society Philippines Chair Doris Magsaysay Ho and Vice Chair Myla Villanueva last Sept. 23, where some of the world’s largest private equity investors in aviation, big infrastructure, energy, fintech and payments, e-commerce, and digital infrastructure were in attendance.

Magsaysay-Ho made the introductions and Villanueva facilitated the discussions. The investors in attendance included former ambassador John Negroponte of McLarty Associates, Ken Mehlman of KKR, Andrew Thomas of Stonepeak, Mark Tatum of NBA, Dinesh Kanna of Boston Consulting, Michael Kirban of VitaCoco, Proof of Learn founder Shiela Marcelo, Asia Society trustee Asheet Mehta of McKinsey, Nick Rohatyn of The Rohatyn Group, Itai Lemberger of Bow Wave Capital, Brian Franke of Indigo Partners,  and Alibaba co-founder Joe Tsai, who is also already invested in Mynt, or Gcash. Asia Society was instrumental in bringing in its network of investors, most of whom are already invested in the Philippines, and shared insights about opportunities as the new administration transforms the economy.

“The President has quite cleverly gotten 30 of our country’s busiest CEOs to voluntarily work for him,” said Aboitiz CEO Sabin Aboitiz, who also is the convenor Private Sector Advisory Council (PSAC), a group of leading businessmen directly advising the President.

“The private sector was in full force during the three major business briefings during the visit,” said Go Negosyo founder and RFM President and CEO Joey Concepcion, who also heads the Jobs committee of the PSAC.

“I think that the President’s winning the biggest mandate in Philippine history inspired the private sector to join in this bid to make the country a great investment destination. Likewise, it reflected in how the foreign investors were eager to connect with us, seeing how well attended the briefings were and how the meetings were on time and went on as scheduled,” Concepcion added.

Concepcion told the private gathering at Asia Society that the Philippines presents huge opportunities for foreign investors, especially in the area of public-private partnerships. He said public-private sector partnerships have met with success in the country, as proven by the country’s experience during the pandemic where private-public sector cooperation was crucial in securing vaccines, supporting mass testing, and coordinating with enforced lockdowns.

He added that these opportunities include a chance to promote inclusive growth in the country through MSMEs, which comprise almost all of the enterprises in the Philippines. “Our desire is to make this growth more inclusive; not just us, the big corporations, but the whole nation,” he said, adding that large corporations must help small enterprises scale up. “The opportunities in the Philippines are huge, and many still remain untapped,” he said. “There may be a lot of headwinds but we’re making progress,” he said.

President Marcos and his economic managers have emphasized the important role of private sector participation in the administration’s near- and medium-term agenda, and how it will support it through newly enacted liberalization laws and a healthy, productive workforce. 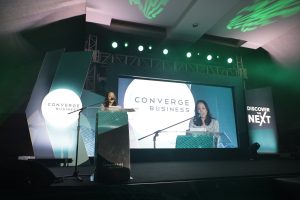 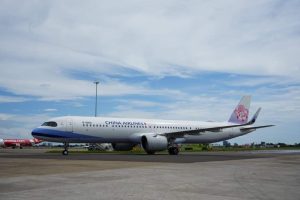 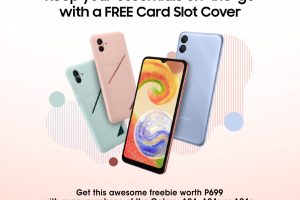 CREATE AWESOME MOMENTS EVERYDAY WITH GALAXY A04 AND GALAXY A04e, NOW AVAILABLE AT AEROPHONE FOR AS LOW AS P6,490!