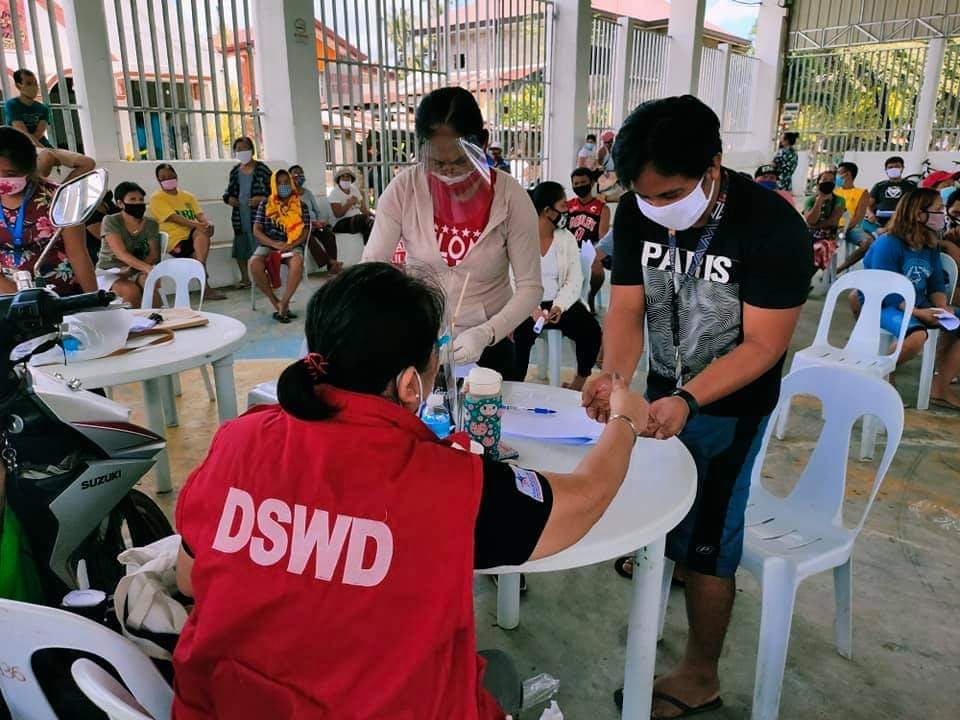 Officials of the Department of Social Welfare and Development (DSWD), led by Undersecretary Danilo Pamonag, shed light on the issues raised by several congressmen on the implementation of the Social Amelioration Program (SAP) and other related issues during the hearing on June 22 at the House of Representatives.

Undersecretary Pamonag, in his presentation, mentioned the major responsibility of the Department in the implementation of the SAP.

“The major responsibility of the DSWD during the 1st tranche of the SAP was the transfer of the funds to the local government units (LGUs). The program was intended to assist the LGUs and provide them with the necessary resources in distributing the much-needed subsidy to the 18 million low income families,” Undersecretary Pamonag said.

“On April 2, the DBM (Department of Budget and Management) released an initial budget amounting to P100 billion to the DSWD. This was followed by another P96 billion pesos release on April 16. As early as April 3, the Department, through its Field Offices (FOs), started to transfer funds to LGUs,” the Undersecretary continued in response to the claim of the panel that DSWD started late in implementing the program.

DSWD further explained that, in the first tranche, it coordinated with LGUs for proper identification of the distribution area per barangay in each city and municipality.  LGUs, particularly the barangay officials, are the most knowledgeable on the total number of households, the number of family members and their health status, as well as the best approach to reach their residents without violating quarantine rules and other pertinent information on the ground.

Undersecretary Pamonag also mentioned the different efforts and initiatives of the Department to ensure the smooth implementation of the program such as the development of the Relief Agad App, the setting up of the Grievance Redress System, and the establishment of the Operations Center for the SAP, among others.

Regarding the issue of alleged violation of the provision of Bayanihan To Heal As One Act, particularly on the coverage for the second tranche of the SAP,  the DSWD explained that Malacañang adopted the proposal of the Inter-Agency Task Force for the Management of Emerging Infectious Diseases (IATF-EID) for the inclusion of additional five million families nationwide as beneficiaries of the SAP. This entails the recalibration of target beneficiaries for the second tranche. The areas under Enhanced Community Quarantine (ECQ) for the second month were considered, as indicated in Executive Order (EO) No. 112 on April 30 and in the Memorandum from the Executive Secretary on May 2.Undersecretary Pamonag emphasized that while some of the ECQ areas identified in the mentioned issuances have already transitioned to GCQ, they will still receive the SAP second tranche.

In distributing the assistance, the Department will seek the assistance of the Armed Forces of the Philippines (AFP) and the Philippine National Police (PNP). DSWD will also utilize the most expeditious means to provide the aid through electronic or digital means, cash cards, transfer of funds to other national government agencies, door-to-door, or direct cash payout mode that is compliant with the IATF safety protocols.

Meanwhile, several congressmen also raised the issue on SAP and the Assistance to Individuals in Crisis Situation (AICS) being the same and creating confusion among beneficiaries.

Undersecretary for Operations, Aimee Torrefranca-Neri, who oversees the implementation of AICS, clarified that the two programs are distinct from each other.  She said that she issued a clarificatory memorandum cascaded to DSWD Regional Directors on the nature of each program.

SAP is a temporary assistance provided for under the Bayanihan To Heal As One Act that extends P5,000 to P8,000 to 18 million low income families who have been most affected by the implementation of the community quarantine. AICS, on the other hand, is a regular program of the Department that provides financial, medical, burial, and educational assistance, based on assessment, to families and individuals experiencing crisis.

It was emphasized that a SAP beneficiary can still receive AICS based on the assessment of a social worker.

Undersecretary Neri also discussed the emergency subsidy for drivers, the deduplication process of SAP beneficiaries, and the digital payment modes being adopted to fast track the distribution of the assistance.

To date, P785.05 million has been distributed to 98,132 Transport Network Vehicle Service (TNVS) and Public Utility Vehicle (PUV) drivers in the National Capital Region.  The ongoing deduplication process has generated more than 48,000 families receiving assistance more than once with 13,000 voluntarily returning the duplicate cash aid.  Meanwhile, in coordination with the Bangko Sentral, six service providers have been identified that are willing to help, for free, in the cashless disbursement of SAP.

Overall, the inquiry provided the opportunity for the Department to clarify and further explain the processes that were undertaken to ensure the integrity of the SAP. It also served as a venue to share the lessons learned during the implementation period.

As emphasized by the legislators that the objective of the probe was to come up with solutions, the Department expressed its full cooperation, within the bounds of law, to the house inquiry. (Department of Social Welfare and Development)