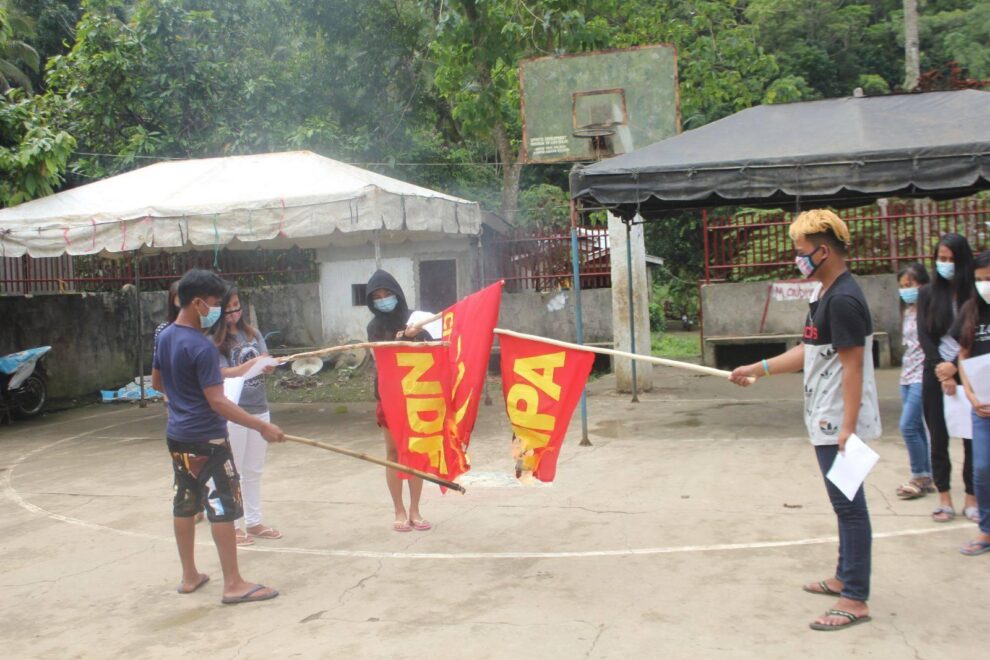 CARMEN, Bohol – – Some 60 former mass supporters of the New People’s Army (NPA) in Barangay Cambigsi Bilar town, Province of Bohol has withdrawn its support for the communist terrorist groups and denounced its terroristic activities in a ceremony organized by the local government unit (LGU) of Bilar and the 47IB and supported by the Provincial Government of Bohol.

According to the 47th Infantry Brigade (IB) that the ceremonial event was held at the Cambigsi Barangay Hall, October 11 with those mass-based supporters took their oath of allegiance to the government with emphasis on their withdrawal of support to the NPA may it be physical, material or financial support.

Cambigsi Barangay Chairman Serapion Organiza called on his constituents and the communities to strengthen their guards against the NPA atrocities as he read Barangay Resolution #23 that stated that, “the communist terrorist groups would only bring extreme poverty and misery to the people. Thus, Barangay Cambigsi declares the members of the CPP-NPA-NDF as Persona Non Grata in their village.”

Organiza said that because of these communist terrorist groups, they’ve suffered poverty even more, unlike the government that is continuously making its best to provide help and basic needs to maintain peace and order in our barangay.

“We have come to understand that the core purpose of taking the oath is for us to totally condemn the atrocities of this CPP-NPA-NDF and gain more development for our barangay. May we achieve the peace that all of us longed for,” a statement from the group said.

Bilar mayor Manuel Jayectin said that Bilar town strongly supports the activity as a scheme of sustaining peace and order in one of his constituent barangays as he mentioned future projects intended for the development of the barangay.

Bohol governor Arthur Yap on the other hand commended and appreciated the populace’s taking their oath of allegiance to the government and decided to live by the law telling the villagers that while there are still brothers and sisters who live as terrorist members and bandits, “we will remain a failure.”

“Peace and order are very important. Once there is peace and unity progress and development are surely achieved. The government is doing its best to help Brgy Cambigsi be more developed and organized,” Yap said in his virtual message during the event.

Yap added that clutching the attention of the government is no longer hard since modern technology plays a big part in bridging the people. The provincial government and the LGUs are always doing their best for the good of the people even during this time of COVID 19. 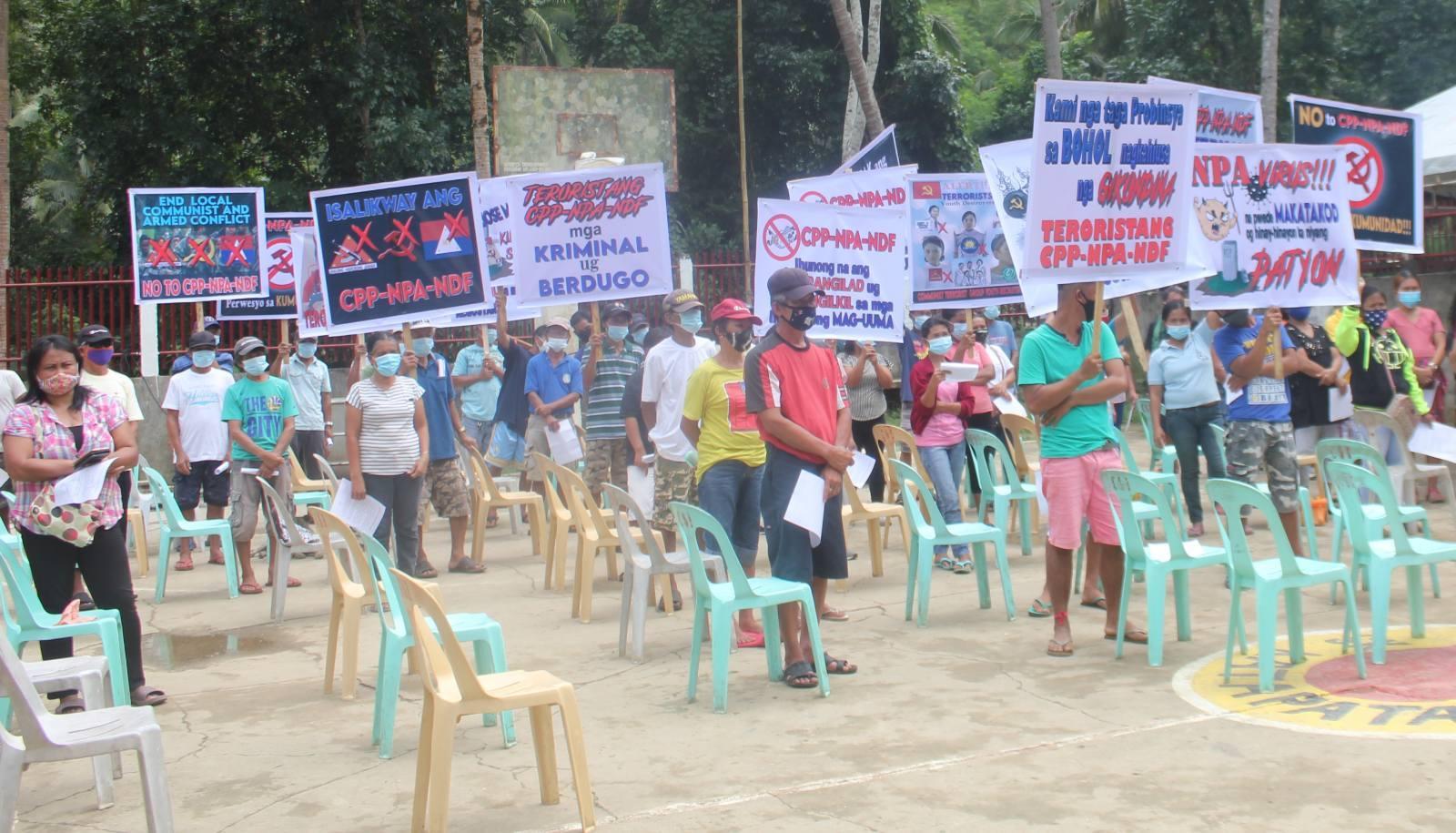 According to the 47th IB that one of the highlights during the activity was the raising of placards with messages calling on the NPAs to refrain from threatening the community and to stop their terrorism acts in the country. The CPP-NPA-NDF flag was also burned to symbolize the community’s total denigration of the communist terrorist group.

The 47th IB recalled that a firefight ensued in the hinterlands of Cambigsi on February 29, 2020 resulting to casualties from both sides. Another encounter in the barangay was on April 26 when the troops from 47IB responded to the reports from the populace that armed men were sighted in the area a day before the distribution of the Special Amelioration Program for the populace of Cambigsi.

Another firefight happened when the convoy of the Philippine Army and the civilians who attended the Barangay Symposium were fired by members of the NPA on July 21 that panicked the civilians and acquired scratches on their bodies as they rushed to hiding for fear of death, the Army said.

The army is in deep gratitude to the barangay’s populace for hearing the call for a just and long-lasting peace. “Truly, we will commit stronger holds to the ground and together we will save more Filipinos from deceptive recruitments and lies from these NPA terrorists,” the 47th IB said.