CEBU CITY— The Regional Development Council (RDC-7) with other government agencies and representatives from the provinces of Cebu, Bohol, Negros Oriental and Siquijor took initial steps to prepare for the implementation of the Balik Probinsya, Bagong Pag-asa (BP2) Program in the region.

In a virtual meeting recently presided by Secretary Michael Lloyd Dino of the Office of the Presidential Assistant for the Visayas (OPAV) who also chairs the Special BP2 Committee, he said that starting work on implementing BP2 in the region is a fresh start after several months of lockdown that have resulted in joblessness and homelessness for thousands of Filipinos.

National Economic and Development Authority (NEDA-7) Regional Director Efren Carreon gave a briefing on the updates on work done thus far, including discussions at the RDC7 Economic Development Committee (EDC) and with the LGUs.

Carreon presented the use of a scalogram as an approach to determine and assess potential sub-provincial growth areas that could become BP2 pilot areas in the region and the secretariat also presented the proposed BP2 Regional Action Plan.

RDC7-EDC chairperson Virgilio Espeleta on the hand shared with the group the EDC framework plan for food sufficiency and sustainable livelihood in the countryside and the needed involvement of business and government agencies in the implementation of the program. 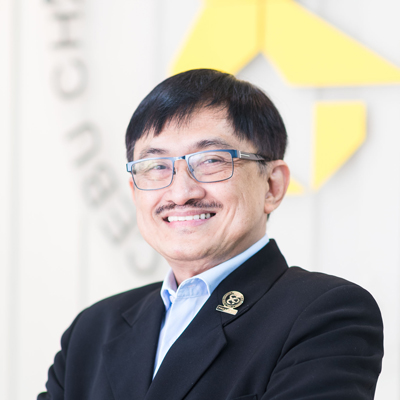 In an RDC-7 Special BP2 committee meeting last October 8, it passed and approved several resolutions to guide to the committee in the conduct of its activities that included the BP2 Regional Action Plan; its implementing rules and regulation (IRR); and the designation of the Association of Government Information Officers (AGIO-7) as the communication and information advocacy arm of the BP2.

The BP2 will facilitate the movement of people out of the capital or other highly urbanized cities, and their return or relocation to rural provinces. It shall ensure there is balanced regional development and equitable distribution of wealth, resources, and opportunities to support these people, Dino said.

“The cooperation of everyone is instrumental in the implementation of the program because the success of BP2 hinges on the development of the countryside. The real challenge is whether we can sustain this,” Dino added.

RDC-7 Chairperson Kenneth Cobonpue assured Dino that the four RDC sectoral committees will interphase with the BP2 Committee on matters pertaining to this program.