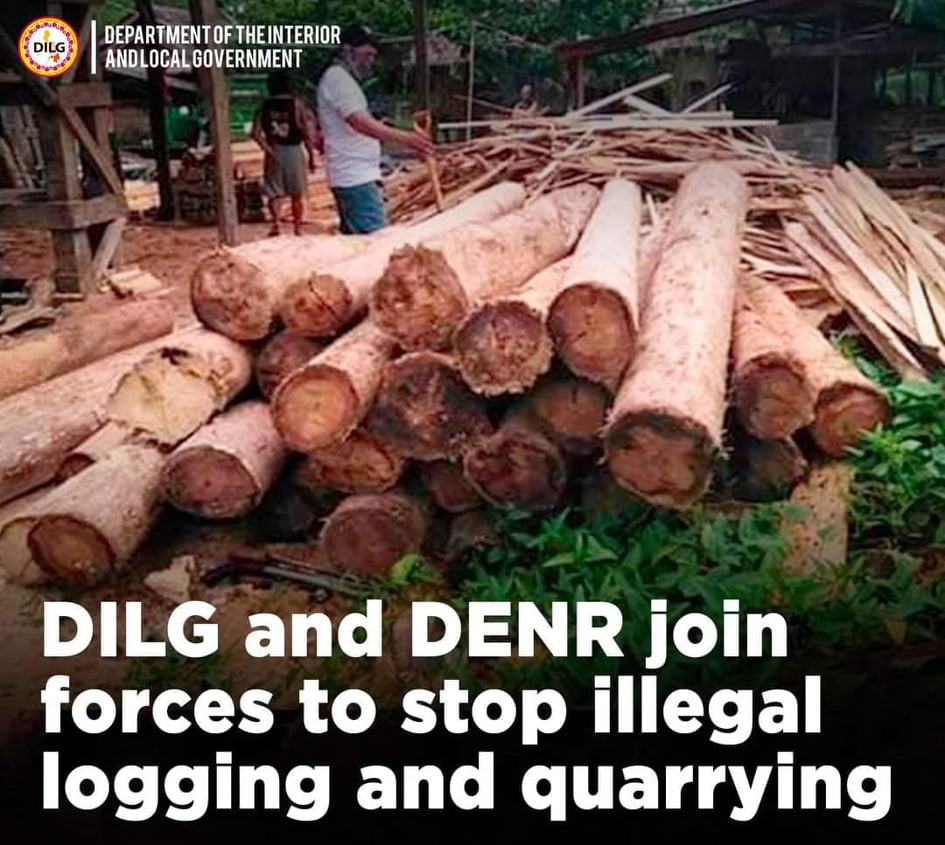 The Department of the Interior and Local Government and the Department of the Environment and Natural Resources (DENR) are joining forces to implement the crackdown on illegal logging and illegal quarrying earlier ordered by the President in the wake of massive flooding in Cagayan and Isabela.

DILG Undersecretary and Spokesperson Jonathan Malaya said the National Anti-Illegal Logging Task Force created under Executive Order No. 23 will be called to a meeting by the DENR to implement new strategies to protect our remaining forest cover and protect threatened habitats across the country. The Task Force counts the DILG, PNP, and the Armed Forces of the Philippines as members.

He said that both Secretary Eduardo M. Año and DENR Secretary Roy Cimatu have agreed to mobilize all resources to stop the further destruction of our remaining forest resources.

Malaya said that the DILG also committed to support the National Greening Program (NGP) of the DENR which aims to rehabilitate some 1.2 million hectares of denuded forest lands by 2022.

“The DILG commits to mobilize the LGUs, the PNP, BFP and BJMP to meet the goal of the NGP to rehabilitate the unproductive, denuded, and degraded forest lands of the country by engaging local communities in the DENR’s reforestation program. We will also work with Civil Society Organizations to plant more seedlings for our forests to grow again,” he said.

He said that there is no better time than now to protect our remaining forest cover and do serious reforestation. “I know we are still in a pandemic but this program cannot wait otherwise we are sowing the seeds of our own destruction as a planet. Climate change is here and we have to face it,” he said.

The DILG Spokesperson said that from January to October 2020, the Philippine National Police has conducted 6,710 anti-illegal logging operations and has arrested some 3,336 illegal loggers across the country.

“The 6,710 PNP operations have led to the recovery of 3,663,173 board feet of lumber illegally cut from our remaining forest cover. We have filed 1,145 cases in court against the suspects. There are still many violators of our environmental laws,” he said.

He said that the PNP may effect the arrest even without warrant of any person who has committed or is committing in his presence the offense of illegal logging under P.D. 705.

The PNP has been directed to set up more checkpoints in all forest areas in cooperation with the PENRO and CENRO of the DENR. (DILG Philippines)