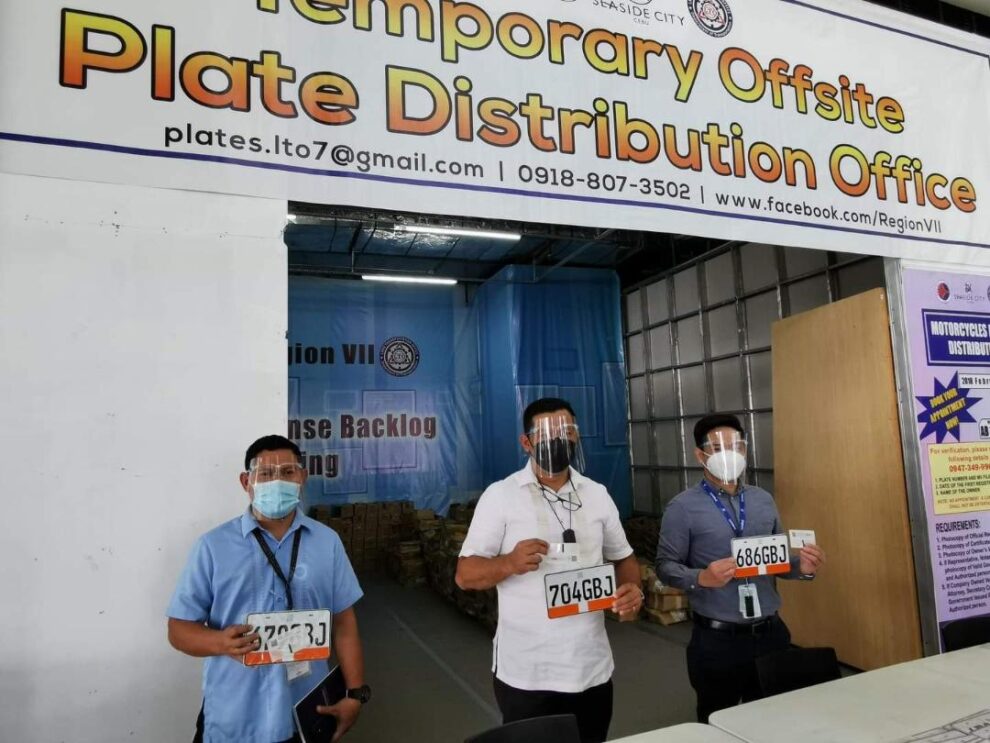 CEBU CITY – The Land Transportation Office (LTO-7)-Central Visayas called on motorcycle owners that has registered their motorcycles from February to April of 2018 can now get their plates at SM Seaside City of Cebu.

LTO-7 regional director Victor Emmanuel Caindec enjoined the motorcycle owners to go get their plates as it has officially started the plate distribution Tuesday, January 19 but Caindec informed the public that getting the motorcycle plates would need an appointment and confirmation from their text line.

LTO-7 urged all motorcycle owners that are part of the first batch to set their appointment thru 0947-349-9965. mDetails such as plate number and motor vehicle (MV) file number, date of the first registration, and name of the owner are needed for verification.

“Secure an appointment and a confirmation first because we will not entertain you if you did not set an appointment thru our text line,” Caindec stated

He explained that even if the owners did not receive a confirmation right after sending the details, their personnel are doing its best to give the appointment date as soon as the plates are ready for pick up.

Caindec explained that the plate printing was done in the Central Office and there are 18,879 motorcycle plates that are ready for pickup at SM Seaside Seaview Wing where the distribution center is located.

“So, whatever we receive in the region, we do an inventory and we distribute it. We ask the public’s understanding, especially those who were not included in the first batch. Let us also understand that our personnel will look for the plates manually, that is why we ask the public to be patient,” Caindec added.

He bared that due to the mixed-up record in the past years most of those that are being printed are the latest registered motorcycles. It was only in December 2020 that LTO-7 received the motorcycle plates from the Central Office.

Once the motorcycle owner received a confirmation from LTO 7, he or she should bring the photocopy of his/her official receipt; certificate of registration; and valid government ID. If a representative will pick it up, a notarized authorization letter should be presented with the photocopy of the government-issued ID of both the owner and the representative.

All company-owned vehicles shall have a notarized special power of attorney, a secretary certificate, and a photocopy of the valid government-issued ID of the secretary and the authorized representative, Caindec said.

Releasing time will be from Monday to Friday, 2:00PM to 6:30PM. Caindec reiterated his call to every motorcycle owner of their registration made in February to April of 2018, send the details to LTO, wait for confirmation before claiming your plates.

Caindec added that getting the motorcycle plates are for free, no charges for anything.