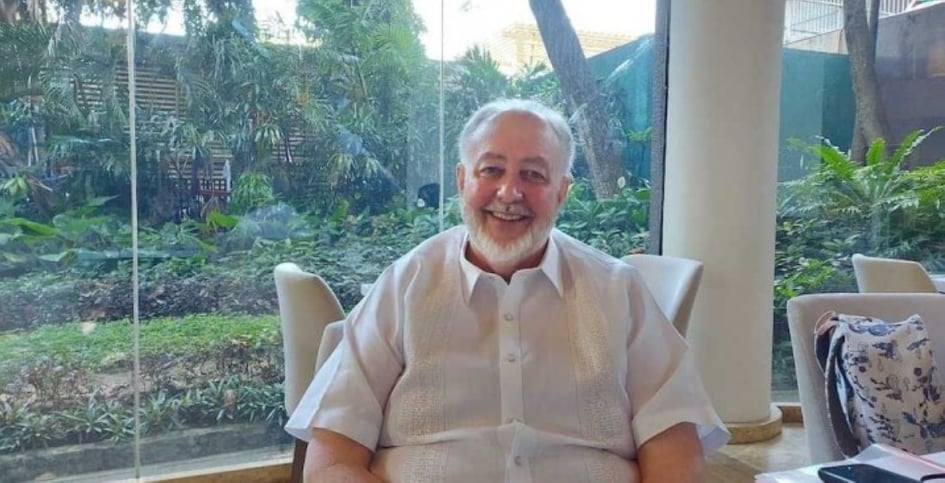 Australian Ambassador to the Philippines Steven Robinson AO on Jan. 29, 2021 said they are eyeing Cebu as the first stop in the rollout of safe and effective COVID-19 vaccines.

Robinson said that Cebu, as the second largest city in the Philippines, will be one of their priority areas.

Robinson said they have the Develop Assistance Program (DAP) worth 80-M Australian dollars (AUD) every year, which is mainly focused on the southern part of the Philippines.

However, because of the pandemic, he said their government decided to reorient the DAP to focus on three things: 1. Health – how to get the health back; 2. Prosperity and Security – security and stability in the south particulary in Mindanao which is badly affected; and 3. Economic Recovery.

He assured that all of the DAPs they have are being channeled to help the Philippines be consistent with the central government’s objective.

Robinson said the Australian government had earlier pledged 500-M AUD to Southeast Asia, a portion of which is also coming to the Philippines, for the purchase and provision of technical assistance in the rollout of COVID-19 vaccines.

“The amount will cover the COVID-19 inoculation program for the next three years,” he added.

“A critical issue for the Philippines like in Australia is the inoculation program because you’ve got a diverse geopgraphical spread with 7,000+ islands. We’ve got to move vaccines to some really remote areas to make sure that everyone is vaccinated and then there is the education campaign about trying to get people to accept the vaccines,” he said.

Robinson said the Australian government has a DAP in collaboration with the Philippine military to work with rebel returnees who have laid down their arms.

He added that with the aid program, they were able to offer financial assistance and sustainable livelihood training for these surrenderers to become farmers or fishermen.

Robinson said he wanted to give business a major push.

With Australia being keen on innovation and science and technology, Robinson announced that Australian hydrogen research and development company Star Scientific Ltd. signed a memorandum of agreement on Jan. 27, 2021 with Sec. Alfonso Cusi of the Department of Energy.

Robinson said the aim of this partnership is to bring abundant clean energy and desalinated water to Filipinos by converting hydrogen and oxygen into heat and water.

He added that this will help the country, which is largely reliant on imported fossil fuels, to transition to green hydrogen.

The ambassador also announced that they will sign another government agreement with Austral Philippines Pty. Ltd. and the secretary of the Department of National Defense in late February for the production of patrol vessels.

The agreement will be the framework for underpinning the proposal to produce six offshore patrol vessels for the Philippine Navy in Balamban, Cebu Province in the next five years.

Robinson said this will allow Austal “to employ 750 to 1,000 Filipinos at a critical time when the Philippines is experiencing unemployment issues due to the pandemic.”

The ambassador was in Cebu on Jan. 28 to 29 to discuss plans for the upcoming 75th Australian-Filipino Friendship slated on May 22, 2021.

He met with the Cebu Chamber of Commerce and Industry to discuss economic opportunities between the two countries.