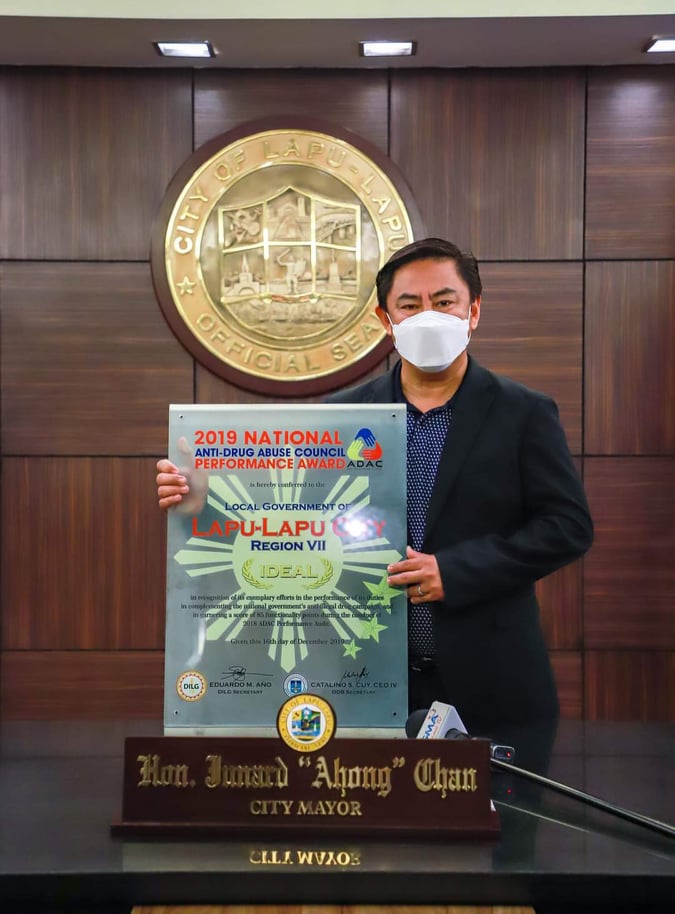 Lapu-Lapu City is reaping anti-drug awards and recognition, as the Department of the Interior and Local Government (DILG), Secretary Eduardo Año conferred 2019 National Anti-Drug Abuse Council (ADAC) for its exemplary efforts in the performance of its duties in completing the national government’s anti-illegal drug campaign of which Mayor Junard “Ahong” Chan is the council chairman.

Pino said Lapu-Lapu City is the only LGU in tri-cities who received such an award.

With this, the mayor congratulated the Philippine National Police, Philippine Drug Enforcement Agency, City of Lapu-Lapu Office for Substance Abuse Prevention, and the LGU especially the barangays who are watchful in their particular area of responsibility and the anti-illegal drug posters in different barangays.

Pino said one favorable indicator, among the many, that spiked the City’s performance audit is Barangay Caohagan, which is cleared of illegal drugs.

And a special award for the barangay for maintaining its status as drug unaffected for 2020.

For 2020, Lapu-Lapu City’s performance is also recognized as the LGU was able to sustain the status of Barangay Caohagan as drug unaffected.

Pino explained that Barangay Caohagan was cleared of drugs in 2019, so it earned the status of “unaffected”.

After that, Barangay Caohagan is being evaluated yearly if it was able to sustain its status.

“So the national government has given an award to Barangay Caoghagan and City of Lapu-Lapu, for maintaining the status of Barangay Caohagan as drug cleared from 2019 to 2020,” said Pino. 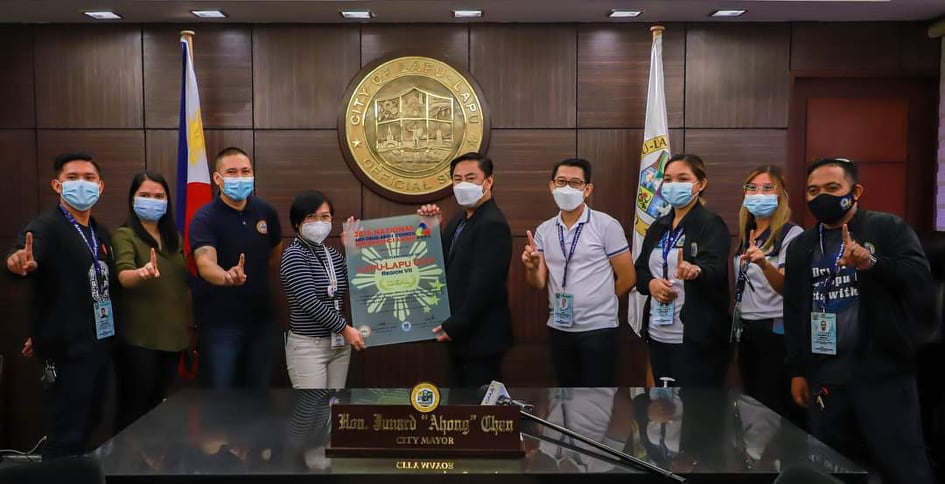 CLOSAP Executive Director Garry Lao said another indicator, among the many, that helped the City earn the award is in maintaining a drug-free workplace; their anti-drug information education campaign in schools and barangays; community-based drug rehabilitation program; the after-care rehabilitation program one of which the City provides livelihood alternatives.

Pino told members of the media present that DILG has been giving markers to the City.

The department gave Seal of Good Local Governance (SGLG) marker to the city of which Lapu-Lapu is also an awardee. Now another marker for this performance audit award. (PIO)