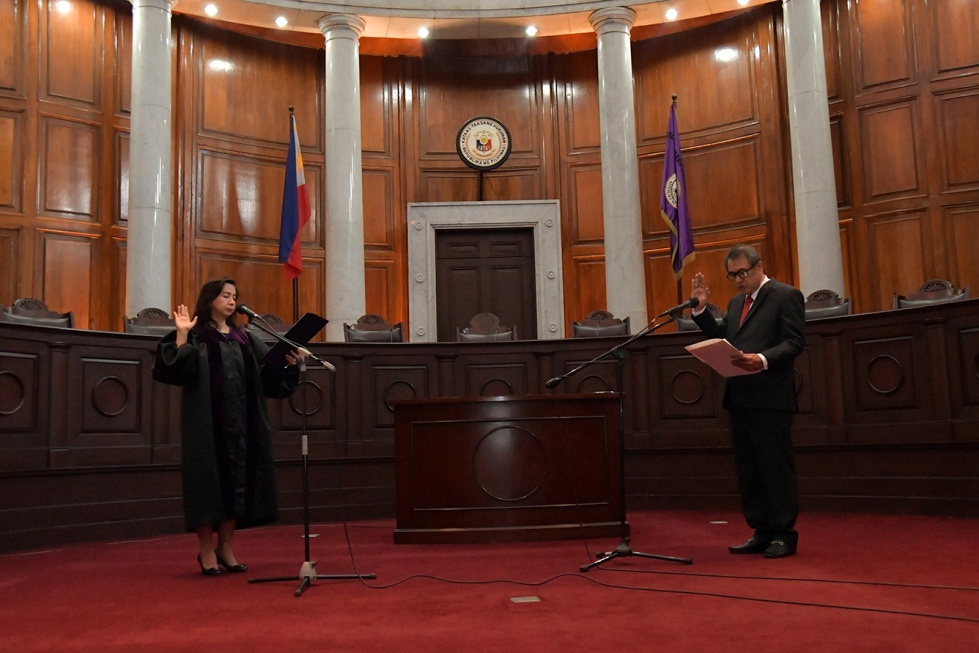 The Supreme Court received the transmittal letter from the Office of the President on the appointment of Chief Justice Gesmundo yesterday afternoon.

Associate Justice Marvic M.V.F. Leonen was also at the Session Hall while the rest of the Associate Justices and Chief Justice’s immediate family witnessed the oath-taking via videoconferencing. 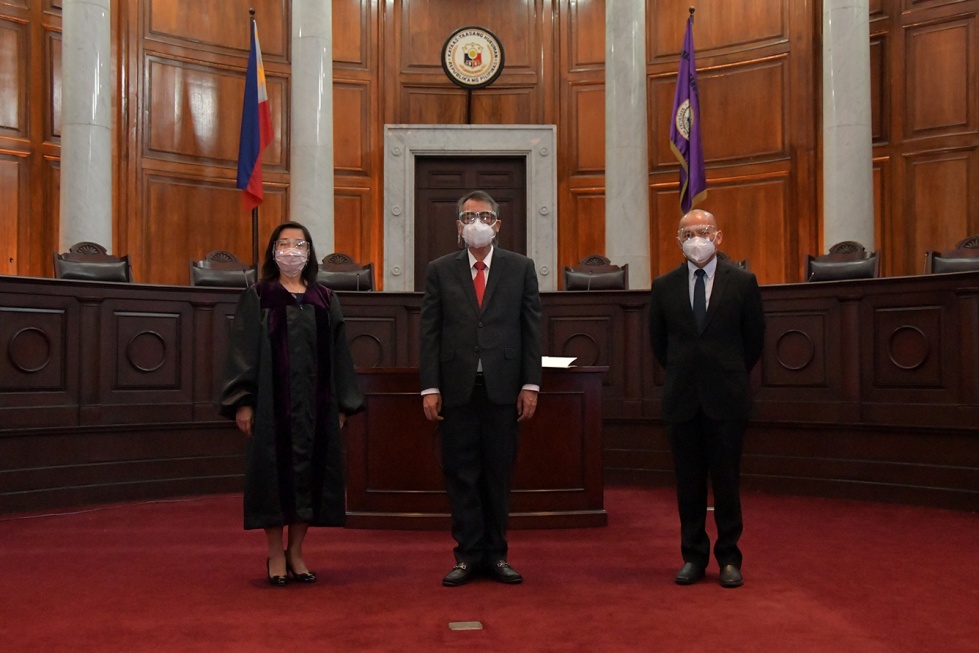 Chief Justice Gesmundo earned his law degree from the Ateneo de Manila University in 1984. After passing the Bar Examinations in 1985, he entered government service as Trial Attorney in the Office of the Solicitor General (OSG). He was awarded Most Outstanding Solicitor in 1998. In 2002, he was promoted to Assistant Solicitor General. While working for the OSG, he was on Seconded Appointment as Commissioner of the Presidential Commission on Good Government (PCGG) from July 1998 to February 2001. After 20 years with the OSG, Justice Gesmundo was appointed Associate Justice of the Sandiganbayan on October 15, 2005. He served as Chairperson of its 7th Division and as co-Chairperson of the anti-graft’s Committee on Rules until he was named to the High Court. He was examiner in Remedial Law in the 2009 and 2015 Bar Examinations. 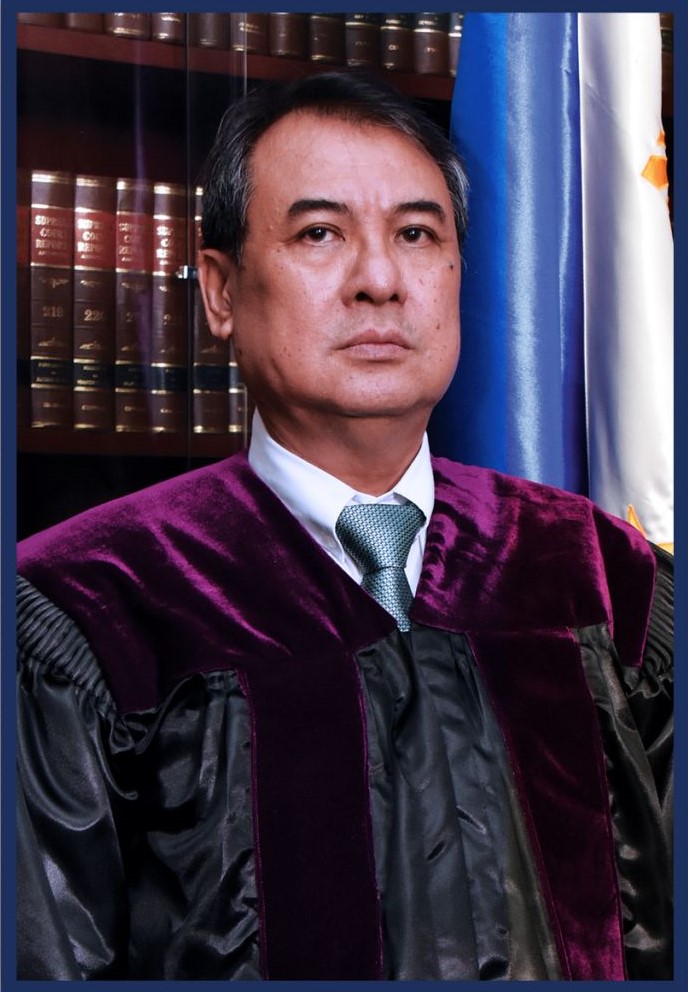 Chief Justice Gesmundo will mandatorily retire when he turns 70 on November 6, 2026. (SC PIO)