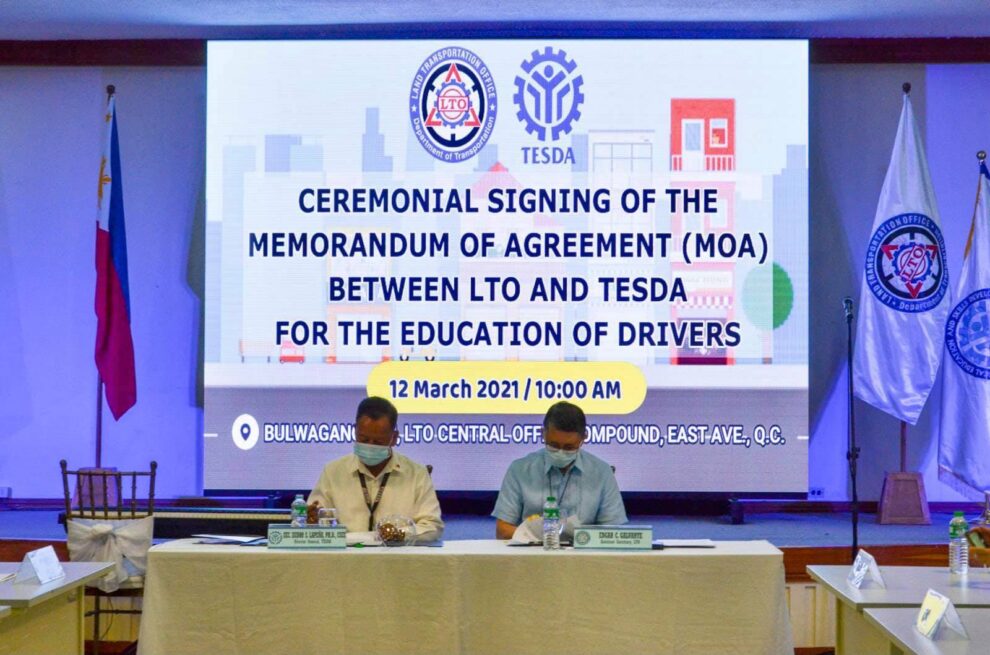 CEBU CITY — Land Transportation Office (LTO-7) and the Technical Education and Skills Development Authority (TESDA-7) signed a memorandum of agreement (MOA) in March this year to harmonize the driver’s training, education, and transformation of both agencies and to integrate its driving course to TESDA’s National Certificate (NC) courses to give the public more options in getting their driver’s license without spending more.

LTO-7 regional director Victor Emmanuel Caindec said that both agencies are just waiting for the implementing guidelines to formally implement the partnership.  He added that they’re working to activate the TESDA NCII, NCIII program for its accreditation with LTO.

Currently, LTO-7 is offering Technical Driving Courses (TDC) thru its DEC to the public who cannot afford a private driving school.

“This is still on top of the Malasakit Program of LTO where we’re giving out free scholarships on Theoretical Driving Course in collaborations with local government units,” Caindec said.

Caindec bared that as of April 30, LTO-7 has accredited 36 private driving schools around Central Visayas.

There are three accredited schools in Bohol which are located at Tagbilaran City, Talibon, and Garcia Hernadez, all operated by TL Mabuhay.

Caindec added that the more driving schools, the fair level of course pricing, the more schools that are operating with the government also competing, pricing will level up.

Caindec revealed that one of their challenges in LTO 7’s DEC is the no-show of the applicants. He said that LTO-7 has limited classroom capacity due to the 50 percent protocol requirement of the Inter-Agency Task Force due to the pandemic.

“If wala’y significant changes sa 50% capacity that is being implemented this year, with 25 per week, we are actually full for 2021,” Caindec said.