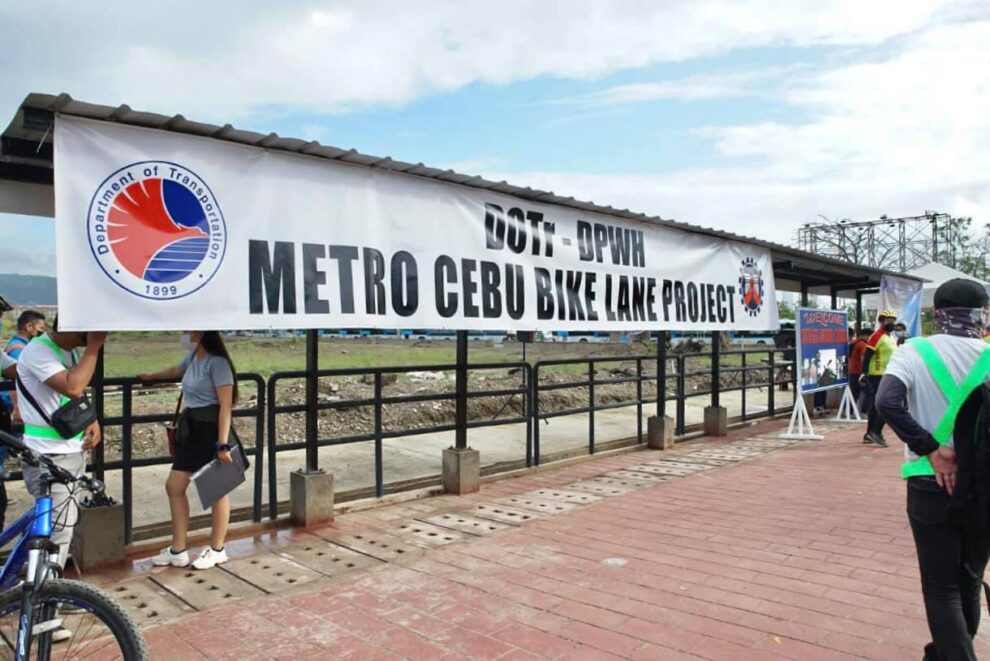 Tugade inspected the Bike Lanes at the SRP road section in Cebu City, a Class I bike lane, or Separated Bike lanes away from the carriageway that covers 2.3 kilometers and these are intended to provide safe and dedicated transport lanes for the cyclists, which will be most helpful as they go to their own jobs, and other destinations, DOTr said. 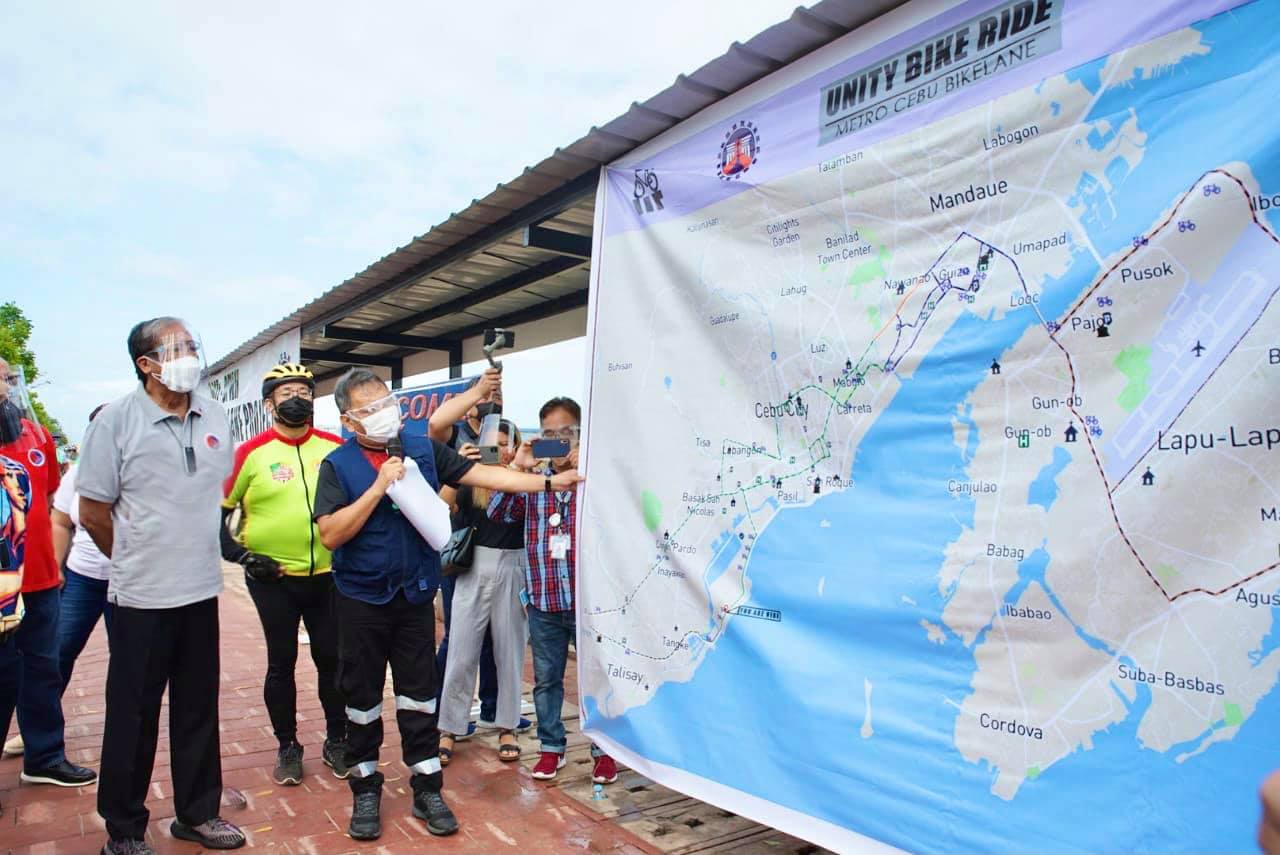 According to DOTr that Class I bike lane is five-kilometer-wide with a pedestrian sidewalk of three kilometers which is separated from the bike lane. Sheds, bike racks and benches are also part of the features of the lanes; with solar studs and planters for greeneries and trees as shelters of bikers who use the bike path.

DOTr also said that the project is part of the DOTr Road Transport sector led by Assistant Secretary Atty Mark Steven Pastor and in collaboration with the Department of Public Works and Highways (DPWH) to promote active transportation across the country and ensure the safety of each other on the road.

Meanwhile after the bike lanes inspection, secretary Tugade proceeded to launch the Service Contracting Program with 22 units of public utility vehicles (PUVs), five units of which are used for free rides for the health care workers (HCWs) and 17 units for the authorized persons outside residence (APORs) with the following routes: 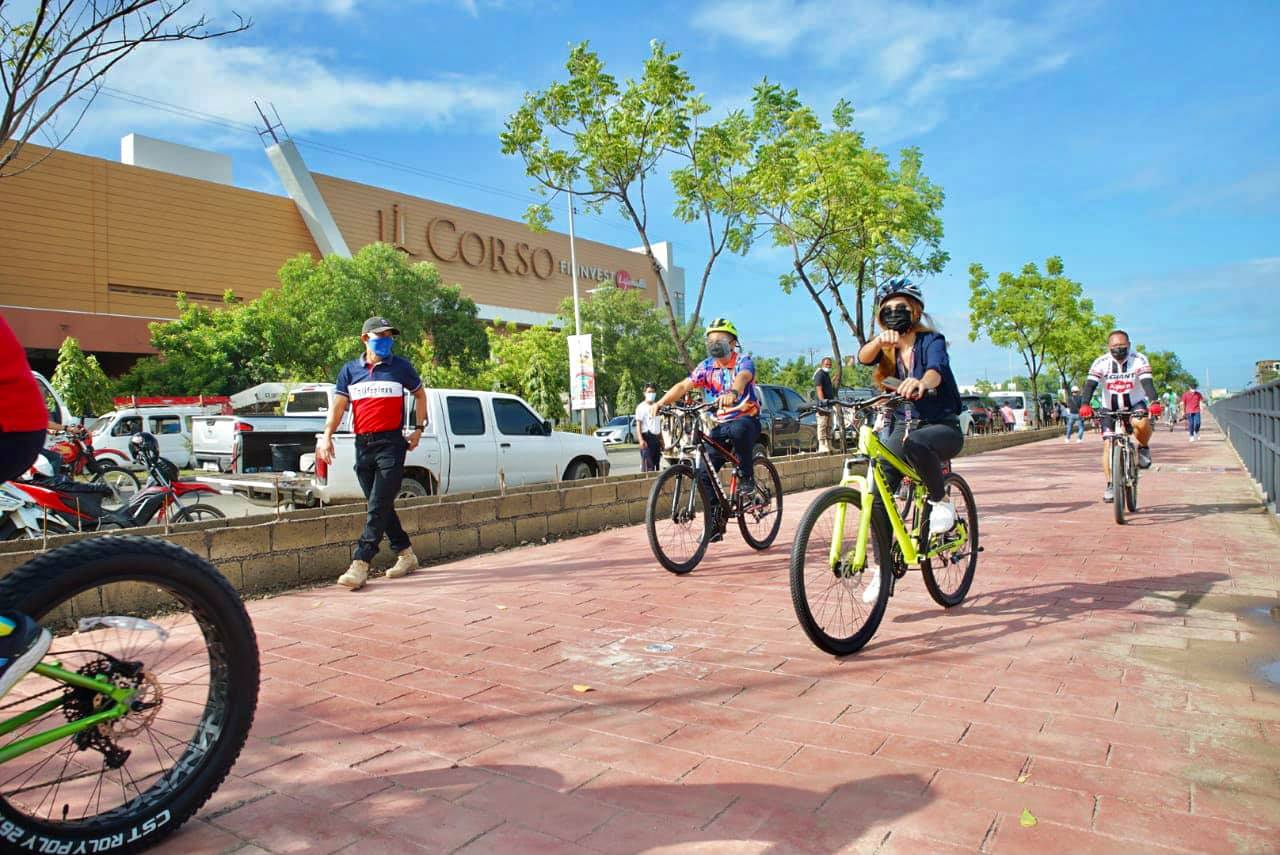 The Service Contracting program aims to help the frontliners, the country’s new heroes to travel for free and safe to and from their respective jobs as they continue to implement community quarantine in the country.

In his speech, secretary Tugade said he is glad to return to Cebu for the inauguration of the new MCIA taxiway. He added that he will never tire of doing projects that will contribute to the happiness, comfort, and convenience of Cebuanos. 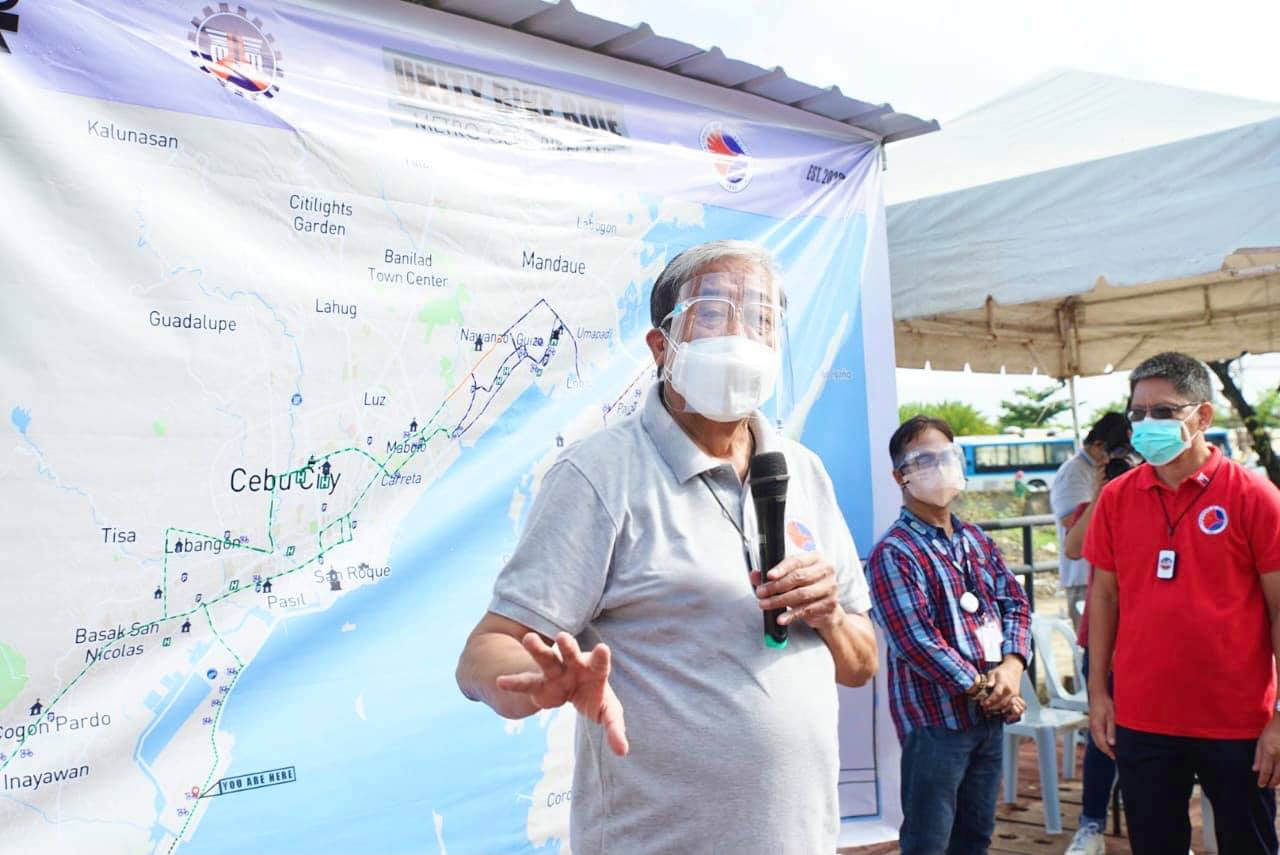 Office of the Presidential Assistant for the Visayas (OPAV) Secretary Michael Lloyd Dino in turn, expressed his gratitude to Secretary Tugade and the entire DOTr for helping Cebu move forward amid the pandemic.

The province badly needs the airport for it to open and recover. “My gratitude to our excellent and very able Secretary Tugade and his team for pushing for the early completion of this taxiway project,” Dino added.

DOTr also inspected another aviation project in Cebu, the rehabilitation of the Bantayan Airport. Repairs are now at 94.67 percent in progress and eyes completion by the second quarter of 2021.

DOTr and the Cebu Port Authority (CPA) have also completed seaport projects in Pilar, Malapascua, and Maya. Four other projects are now ongoing in Bantayan, Consolacion, Cebu Baseport, and in San Fernando.