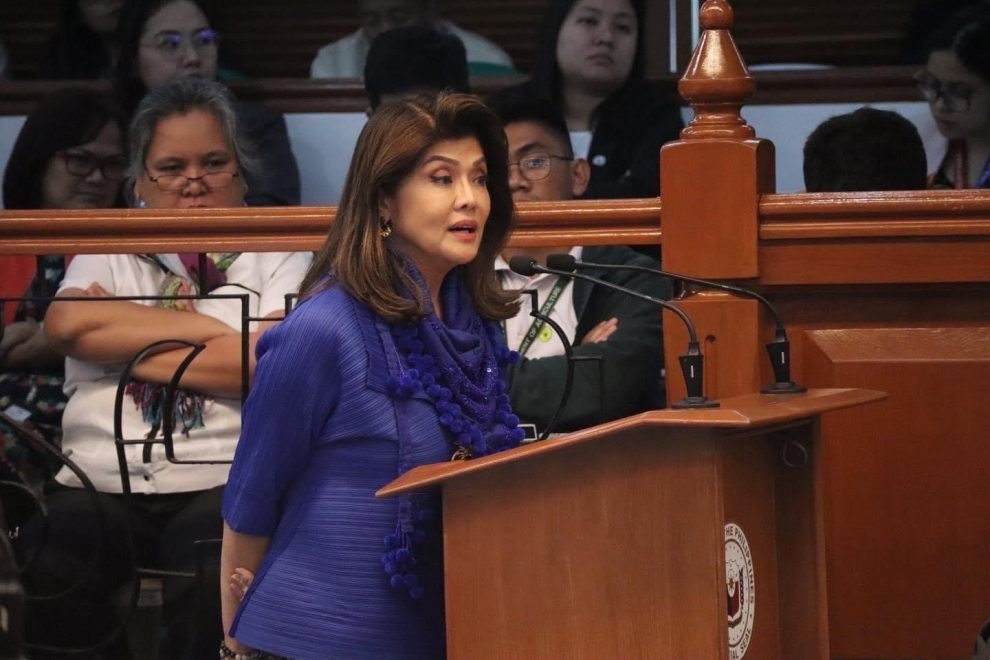 Senator Imee Marcos said the country should prepare for a worst-case scenario wherein herd immunity could no longer be attained.

“Herd immunity remains theoretical and has become a moving target. Last year it was 70% of the population, today it’s 90%, but tomorrow it may well be out of range,” Marcos said.

“With booster shots already in high demand, even as first doses have yet to reach populations in less developed countries, will vaccine manufacturers be able to provide?” Marcos asked.

Besides precarious global vaccine supply, Marcos added that breakthrough infections among the vaccinated, the emergence of more variants, the uncertain length of vaccine efficacy, and the possible reduction of healthcare capacities due to hospital shutdowns and worker protests are also among the factors that make attaining herd immunity seem unlikely.

“I’d rather be the bearer of bad news than of false hope. The fact is, pandemic control worldwide has become a Sisyphean struggle,” Marcos added, alluding to the Greek myth of the king whose eternal punishment for holding Death hostage was to keep pushing a boulder uphill without ever reaching the top.

Adding to the anxiety, Marcos said, is the lifting of immigration bans on 10 countries, which takes effect today after being recommended to the President by the Inter-Agency Task Force for the Management of Emerging Infectious Diseases (IATF).

Despite the precautions in place, Marcos contends that the Philippines’ low vaccination rate of 13% of its population makes the IATF’s recommendation “reckless, if premature.”

Marcos cited that the United States, which has vaccinated about 54% of its population, still restricts entry to non-immigrant travelers from India and lists  Bangladesh, Malaysia, Nepal, Thailand, and the UAE as ‘Very High Risk’ countries, while Indonesia, Oman, and Sri Lanka are considered ‘High Risk’.

The United Kingdom, which has fully vaccinated about 65% of its population, puts Bangladesh, Indonesia, Nepal, Oman, Pakistan, Sri Lanka, and Thailand on its ‘Red List’.

“While we pray for a miracle and a cure, we must support healthcare capacities by paying government debts to hospitals and healthcare workers ASAP, conclude our own clinical trials for repurposed drugs like Ivermectin, include booster shots in the 2022 national budget and increase funding for the Research Institute for Tropical Medicine while a virology institute is yet to be built to develop Philippine-made vaccines,” Marcos said.