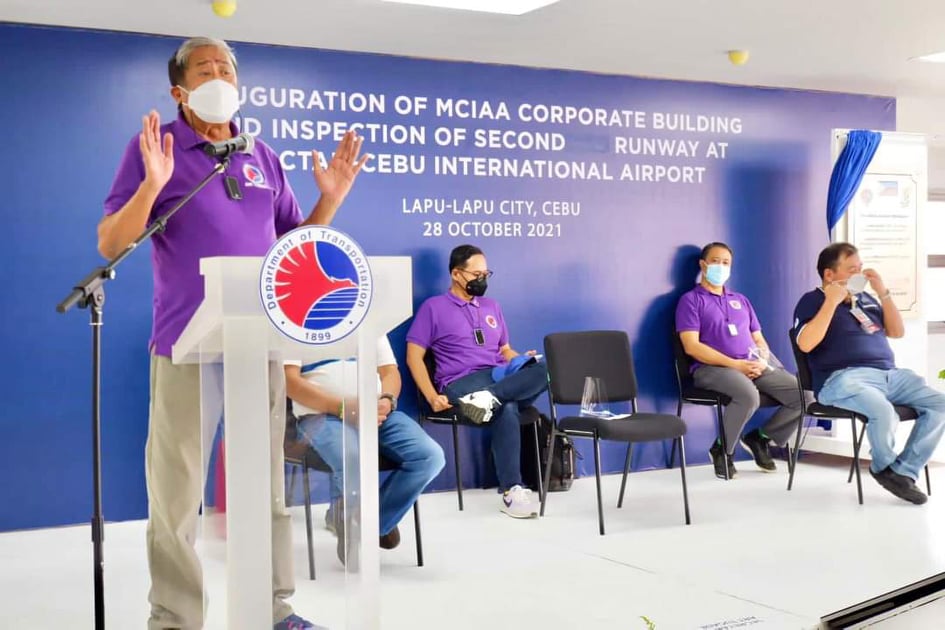 The Department of Transportation’s (DOTr) transport initiatives in the aviation sector in Cebu Province, including the development projects at the Mactan-Cebu International Airport (MCIA) will create a platform to boost Cebu Province’s tourism and economic development, Transportation Secretary Art Tugade underscored on Thursday, 28 October 2021.

“What we are doing now in Cebu is creating a platform for a tourism booster,” Secretary Tugade said during the inauguration of the Mactan-Cebu International Airport Authority (MCIAA) Corporate Building.

Completed on 21 March 2021, the newly-inaugurated Corporate Building will house MCIAA employees in centralized offices with advanced equipment and facilities. The six-storey facility aims to improve services and accessibility to airport stakeholders. 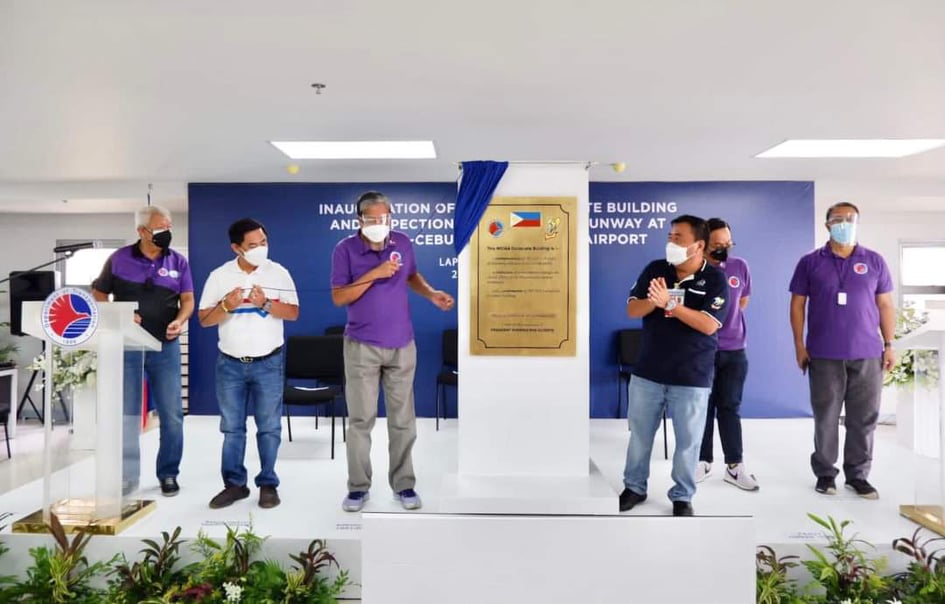 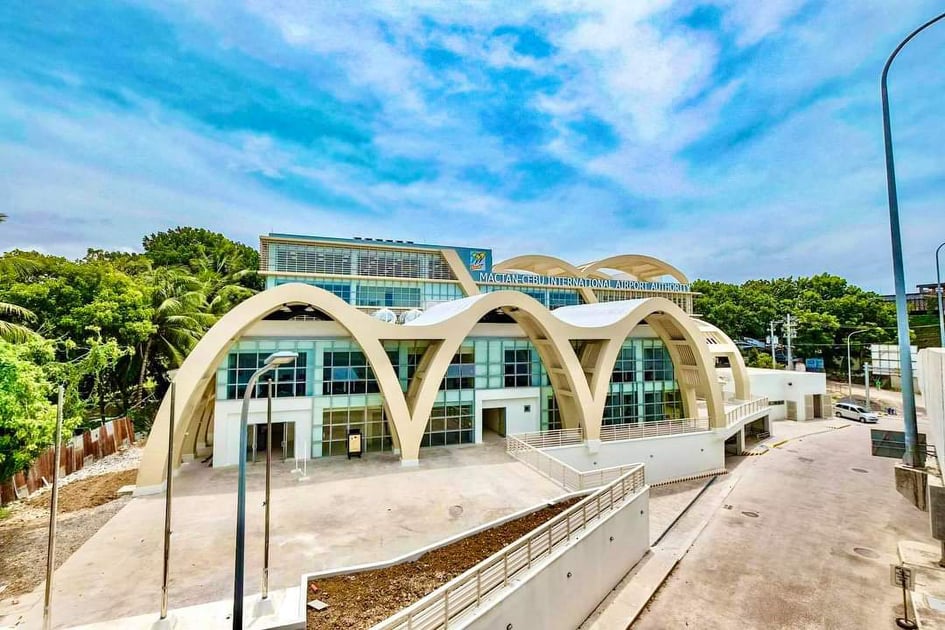 Secretary Tugade explained that the improvement works at the MCIA, and the improvement and construction of three other airports in the province will propel Cebu Province as a “good place for business.”

“As we improve the existing airport and the terminal, as we add a second runway for the MCIA, we are telling the whole world: “Come to Cebu. It is a place for business.’” Tugade stressed.

Meanwhile, with the rapid pace of the construction of the airport’s secondary runway, Secretary Tugade revealed that partial operations of the second runway may begin before the end of April 2022 to enable MCIA accommodate more aircraft.

Secretary Tugade said that the MCIA also targets to increase its passenger cap from 1,000 passengers to 2,000 passengers to accommodate travelers, returning Overseas Filipino Workers (OFWs), and Filipino seafarers, in anticipation of the influx of passengers during the Christmas season. 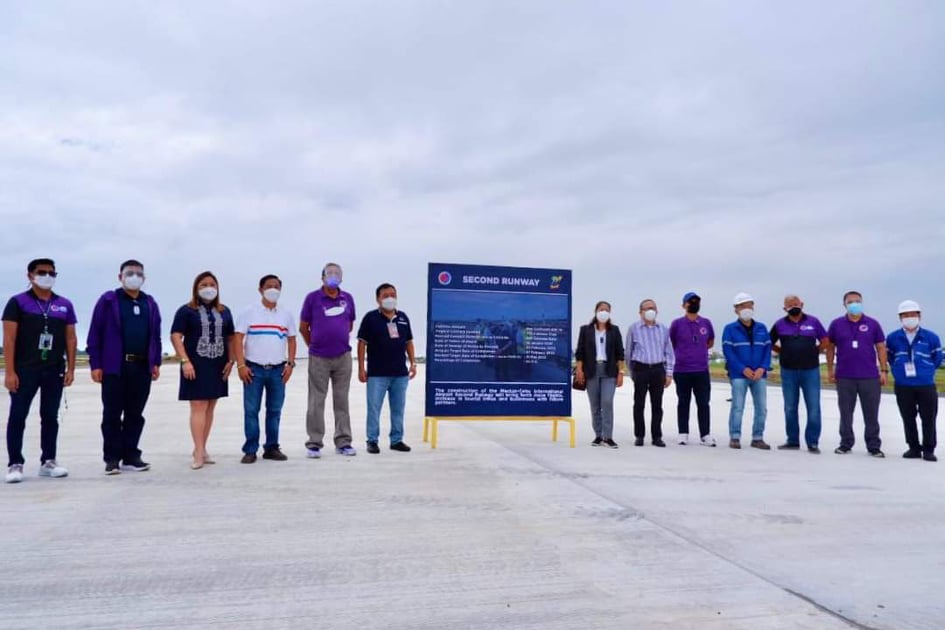 In awe of Cebu’s tourist gems, Secretary Tugade also said that the DOTr has been pushing for the completion of the Bantayan Airport, adding that President Rodrigo Roa Duterte’s office committed P150 million to fast track the completion of the gateway, which he said will be operational in April 2022.

MCIAA General Manager Julius Neri, Jr., meanwhile, explained that aside from the MCIA, the Bantayan and Camotes Airports are expected to capitalize on the province’s potential by catering to the tourism industry, while the Medellin Airport will serve as an export processing zone in the province. 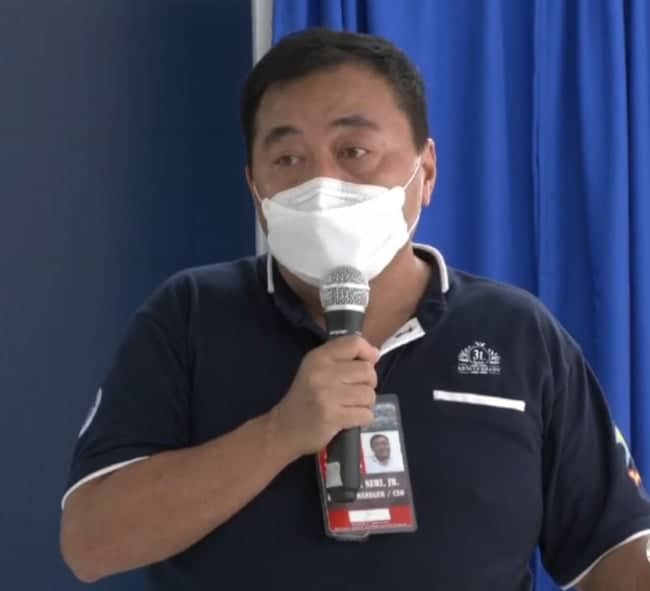 “So, aside from our airport in Mactan, we will have two airports that will be serving the tourism industry, while the Medellin Airport will have a different purpose—it will be developed into an export processing zone,” GM Neri said.

For his part, Lapu-Lapu City Mayor Junard Chan said the development of MCIA’s second runway will be a huge lift for the city’s tourism industry.