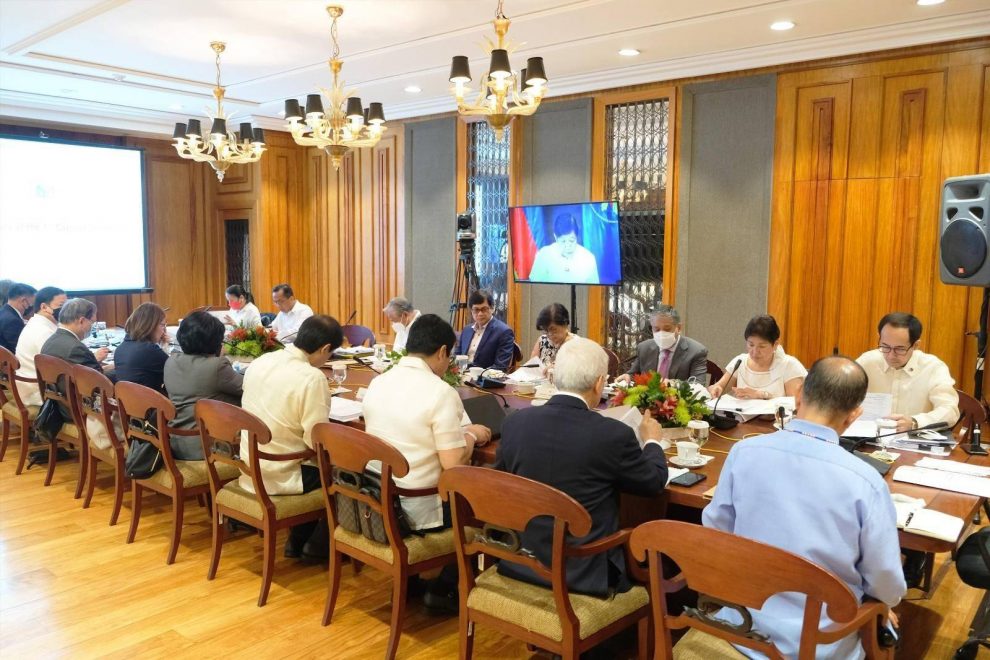 President Ferdinand “Bongbong” Marcos Jr. is fully supportive of proposals to look at the country’s education curriculum in order to equip students with skills required by different industries and address the existing job mismatch.

In a statement, Press Secretary Trixie Cruz-Angeles said concerns about workers’ skills, competencies, and the way the Philippines produces its graduates were raised during the weekly Cabinet meeting on Tuesday.

“Among the suggestions to address these standing issues include a reform of the current curriculum since the rise of automation has posed a threat to many jobs,” Secretary Angeles said.

The President presided Tuesday’s Cabinet meeting via teleconferencing since he is still in isolation after testing positive for COVID-19.

Marcos told his Cabinet members that basic education skills and knowledge must be improved to prepare students as they pursue higher level of learning.

“That’s exactly what is happening. That is why we have to look at the curriculum as well. Not only of TESDA (Technical Education and Skills Development Authority), but also even our diploma courses,” Marcos said.

In his PowerPoint presentation, Trade Secretary Alfredo Pascual underscored the need for a review of the country’s curriculum particularly the basic and tertiary education.

Basic skills must be instilled on students, Pascual said, adding that the Department of Trade and Industry (DTI) is ramping up efforts to help universities develop micro-credentialing systems to catch up with fast-changing technological advancements.

“We’re developing or helping universities develop this system of micro-credentialing because technology is changing very fast. There is a need for workers to update themselves, to reskill or upskill,” Pascual said.

Pascual cited the case of the National University of Singapore which offers focused but short courses on certain technology and awards students with micro-credential, which is similar to a diploma but for a short course.

The DTI secretary also suggested the need for the Philippines to send Filipino teachers abroad for training.

“Vietnam, for example, sends teachers to the United States and Europe for advanced studies,” he said.

To address the current job mismatch, Pascual said the DTI should collaborate closely with the Department of Education (DepEd), Commission on Higher Education (CHED), and TESDA.

“We will also collaborate with the said entities or authorities, the skills development, reskilling and upskilling of Philippine workforce through our own Philippine Skills Framework,” Pascual said. (OPS)