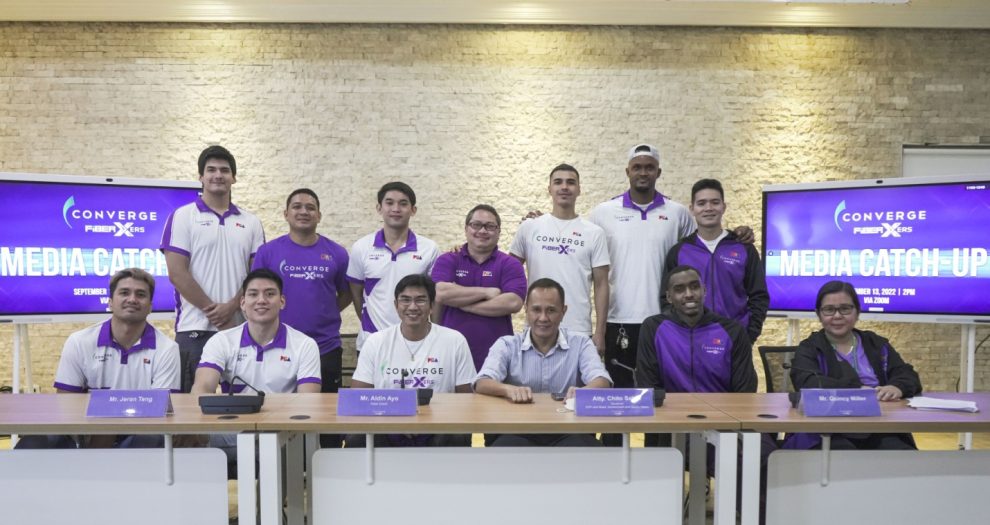 DESPITE being the newest franchise in the Philippine Basketball Association (PBA), the Converge FiberXers concluded their very first conference by landing a spot in the playoffs in the 2022 Philippine Cup. Now, as they approach their second conference in the Commissioner’s Cup this coming September, the team has revitalized its player line-up, coaching staff, and brought on a charismatic new coach with a winning legacy.

The young team is determined to reach even greater heights in the upcoming conference and has made significant additions and changes in its coaching staff and team lineup in support of this. 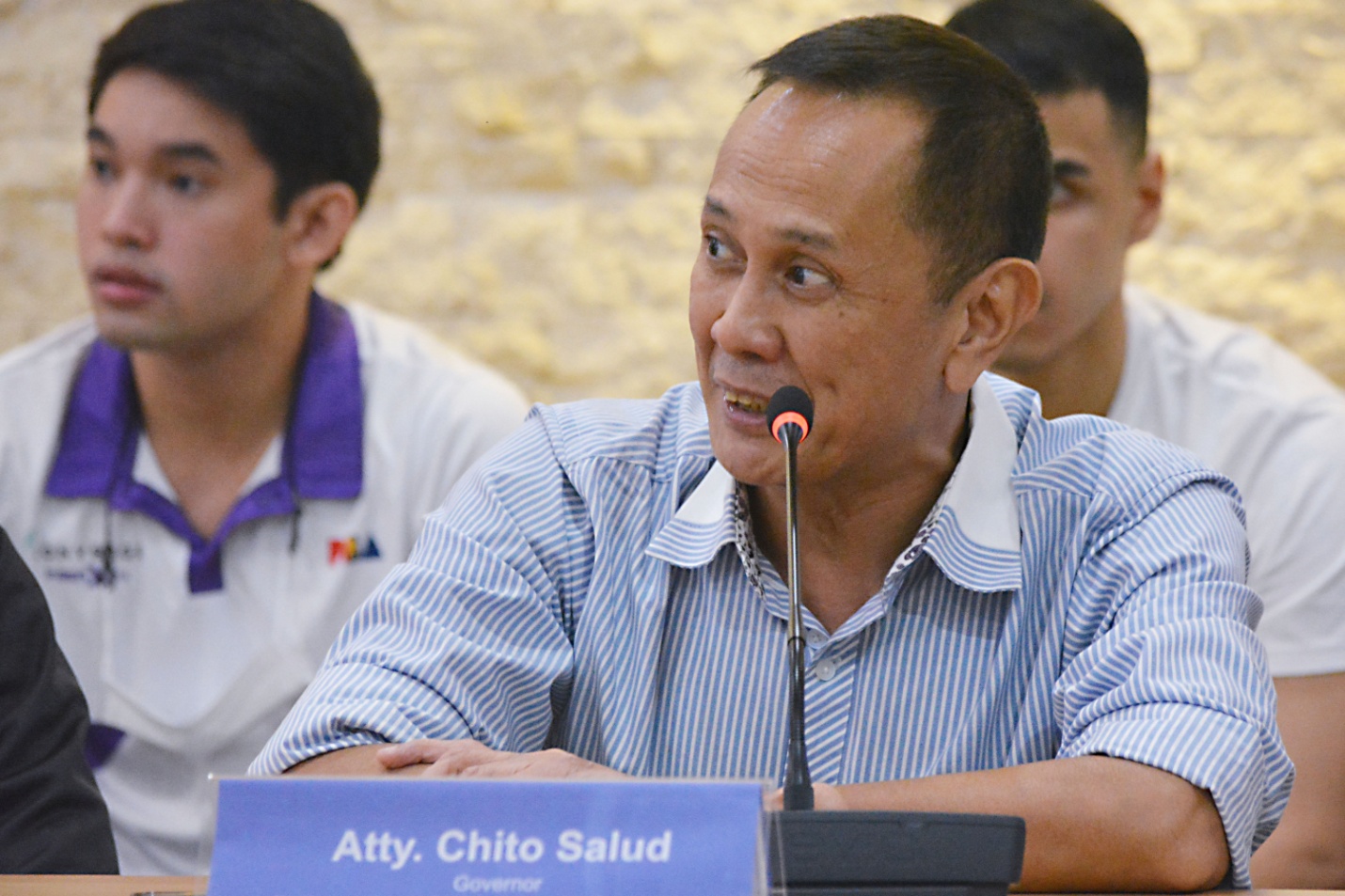 “The Import Conference has been designed to give teams a chance to perform better. This calls on our import Quincy, to show his wares and carry the team. But also poses a bigger challenge to the coaches and the rest of the team to see to it that they become one as a team and mesh with the import. Anytime that there is an import that can help the team, that is a welcome addition to the independent teams in the PBA. This coming conference, we will stay true to what we promised during the launch and bring an exciting brand of basketball for the fans,” said PBA Governor Atty. Chito Salud. 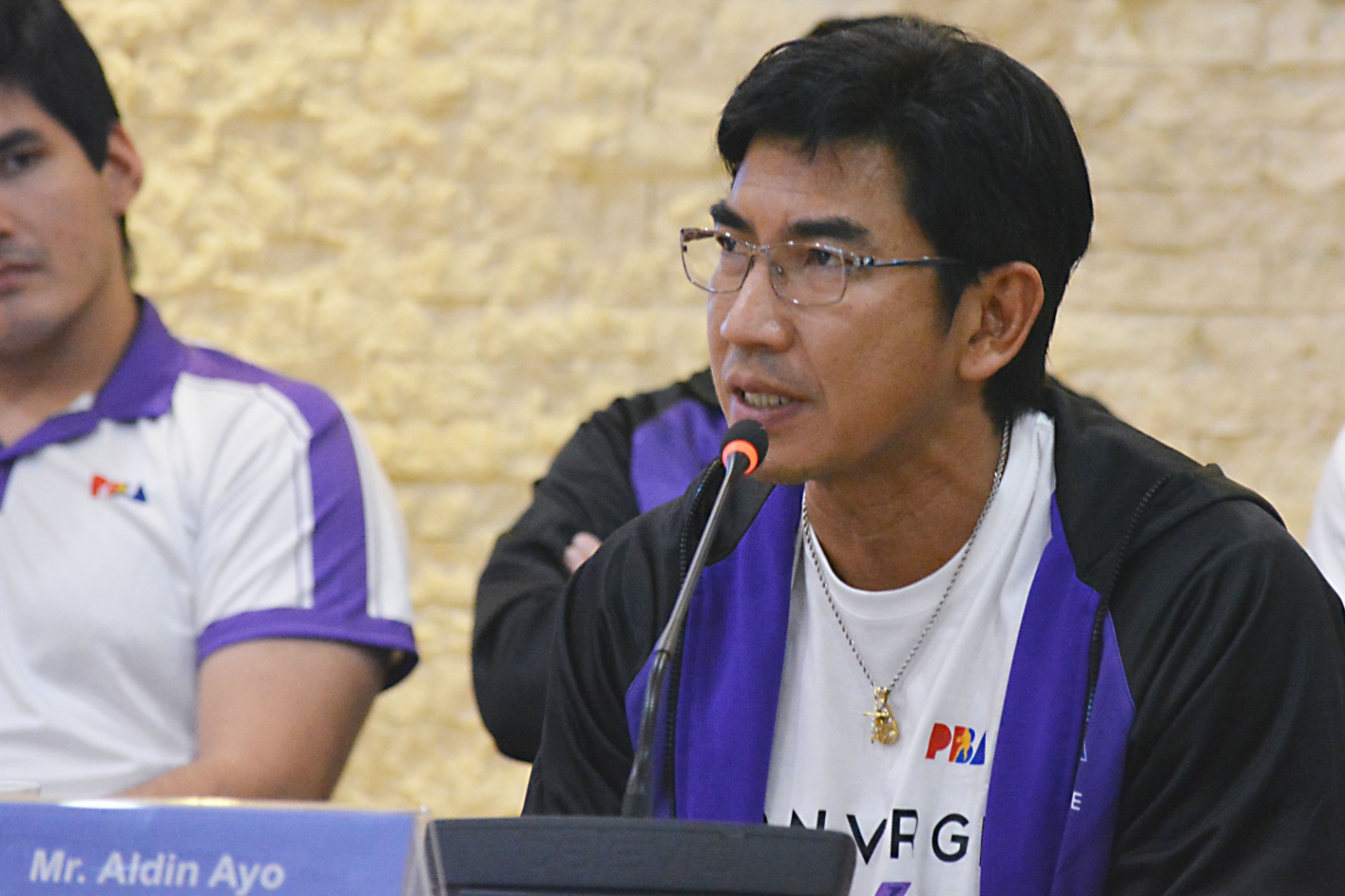 “The purpose of the trade is to contribute to our defensive strategy moving forward, and we believe Melecio and Porter will fit very well into our system,” said Coach Aldin. “Aljun is incredibly skilled in terms of offense, but he also has the defensive mentality we need in the team. And as for Kris, whether he plays or not in this conference will depend on the recommendation of our doctors, but I know what he can do and we’re willing to wait.”

For both Melecio and Porter, this will not be their first encounter with the coach. Melecio had previously worked with the former La Salle head coach during his rookie and sophomore years in college. He was a freshman when Ayo led the Green Archers to the University Athletic Association of the Philippines (UAAP) championship in 2016 against Porter and his former team, the Ateneo Blue Eagles.

“I’m happy with the trade, and I’m happy to be with Coach Aldin again,” the former Green Archer shared. “He’s a tough coach, but we all know that he always produces good results. I’m very familiar with his principles and his system, so I’m excited for what’s ahead in this upcoming conference.”

His trademate, Kris Porter, on the other hand, had just recently undergone foot surgery and on the way to recovery. While his participation in the upcoming conference remains pending, Porter says he’ll be taking things ‘one step at a time’. But with the help of Converge’s top notch medical team, the big man is determined to make a full recovery and eventually be able to offer his size and physicality for the team on court in the near future.

“I’d like to thank Converge for the trust that they put in me,” Porter said. “They knew that there would be a possibility that I would be gone for this whole coming conference, yet they still pushed for the trade. I think that speaks volumes to the injured player, and of course I am eager to reciprocate the trust that they’ve given me. They can expect that when I get back, I’m gonna do everything I can to show them how thankful I am. I’m gonna do my role, whatever that may be, to the best of my ability.” 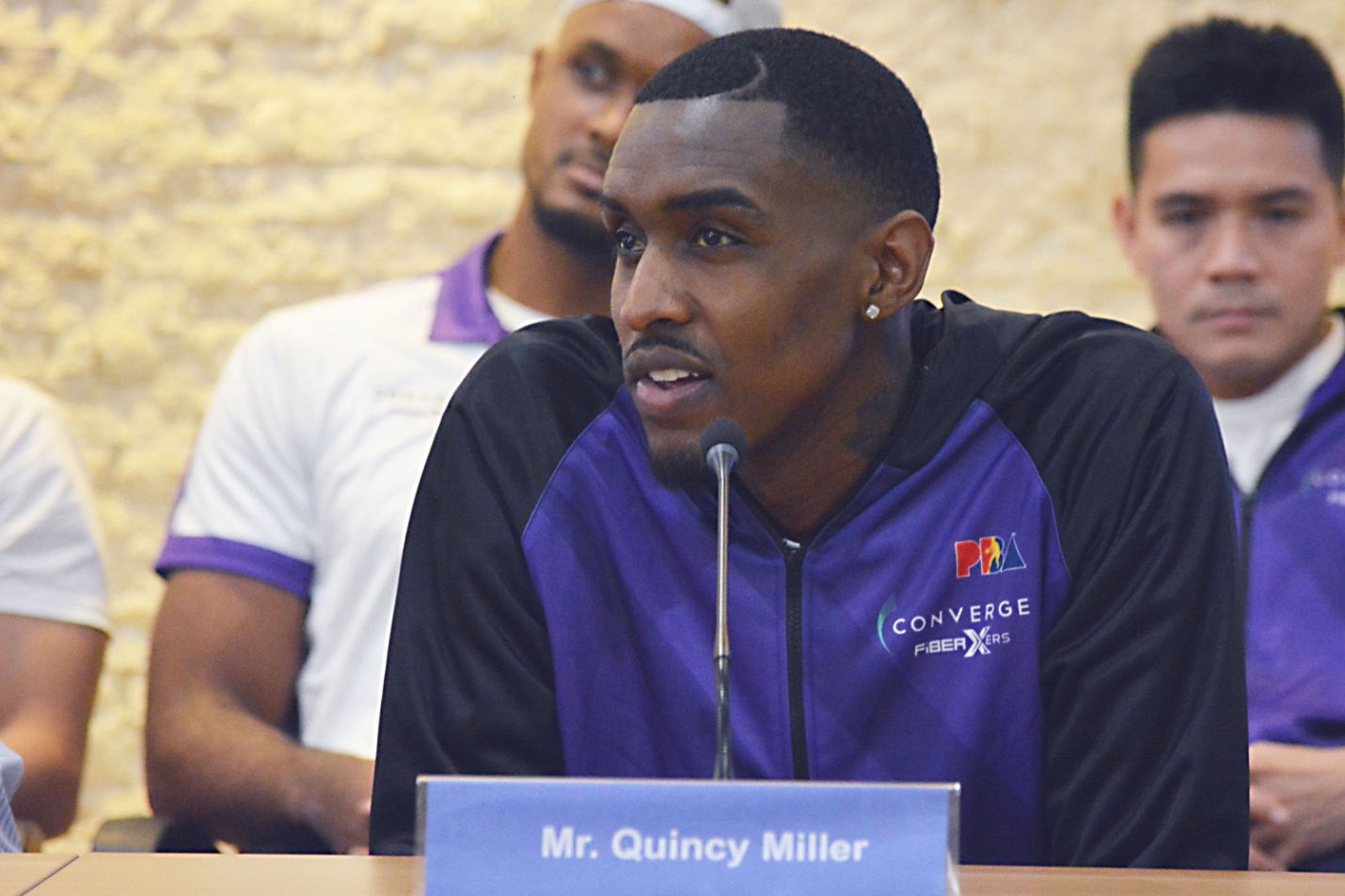 With the addition of first-time import and former NBA player Quincy Miller, and new additions to the coaching staff, Joph Cleopas, JC Nuyles and McJour Luib – Coach Aldin aims to drive the team’s ultimate goal forward: to win. And despite being the youngest team in the league, it seems that the Converge FiberXers are more than eager to put in all the work needed to achieve this goal. 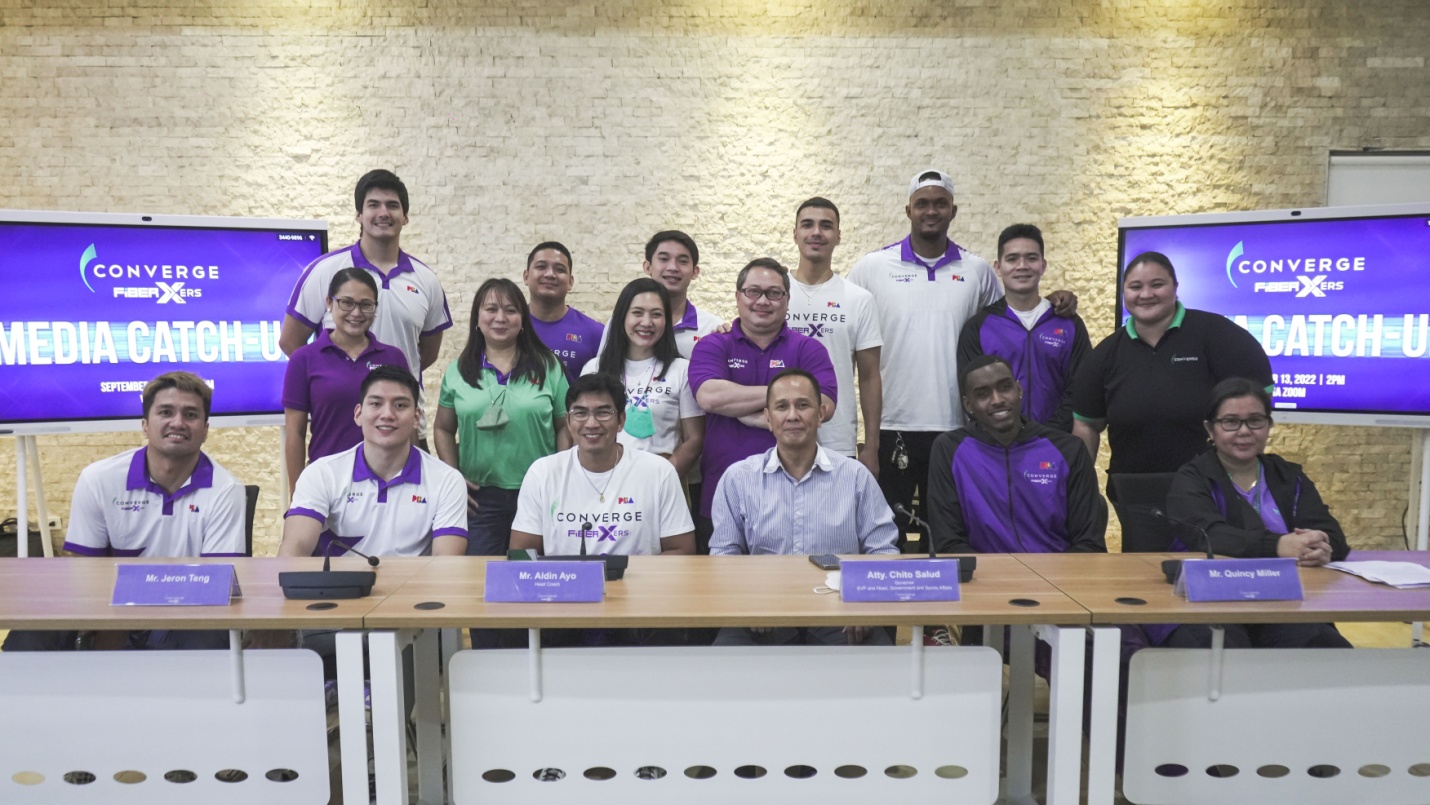 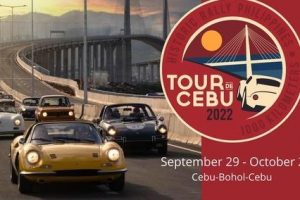 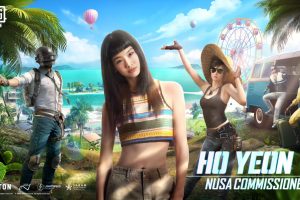 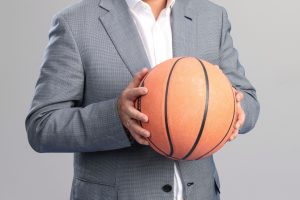 Globe: Alex Eala’s historic US Open win a victory for all Filipinos
TourDeCebu is Back on the Road -the Only Historic Car Rally in the Philippines