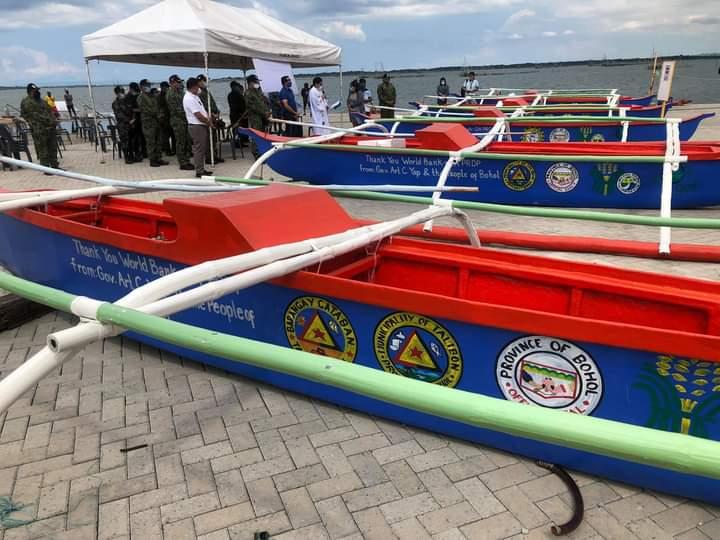 Yap said that the patrol boats are now used by the PNP and Coast Guard seaborne patrol teams to guard and intensify border surveillance surrounding the islands in the Second District against illegal entrants amid COVID community transmission in the area, particularly in barangay Guindacpan.

In another developments governor Yap with Department of Trade and Industry (DTI) Asec. Aster Caberte distributed livelihood kits to the recipients from 16 towns at the Ceremonial Hall, New Capitol Friday with DTI-Bohol Dir. Ma. Soledad Balistoy and Maj. Mozart Jalique of the Philippine Army 14th Infantry Battalion who were present during the distribution. 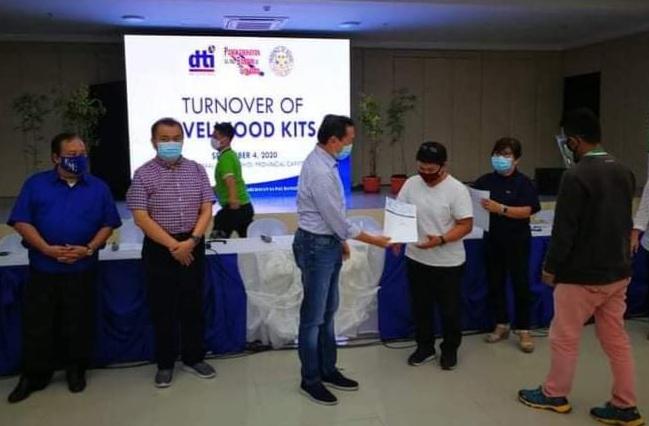 The beneficiaries came from the towns of Antequera, Loon, Calape and Balilihan of the 1st district ; Danao, Talibon, Trinidad and Bien Unido of the 2nd District; and Alicia, Loay, Carmen, Pilar, Sevilla, Garcia-Hernandez, Guindulman and Mabini of the 3rd District.

“The distribution of premium rice and quick response (QR)-coded cards in pandemic time will go on even without the presence of the governor and until all Bohol families will have received them,” Yap said and added that he usually finds time and ways to be personally present in these activities. (Photos: PRIMER/ Ken Styles)