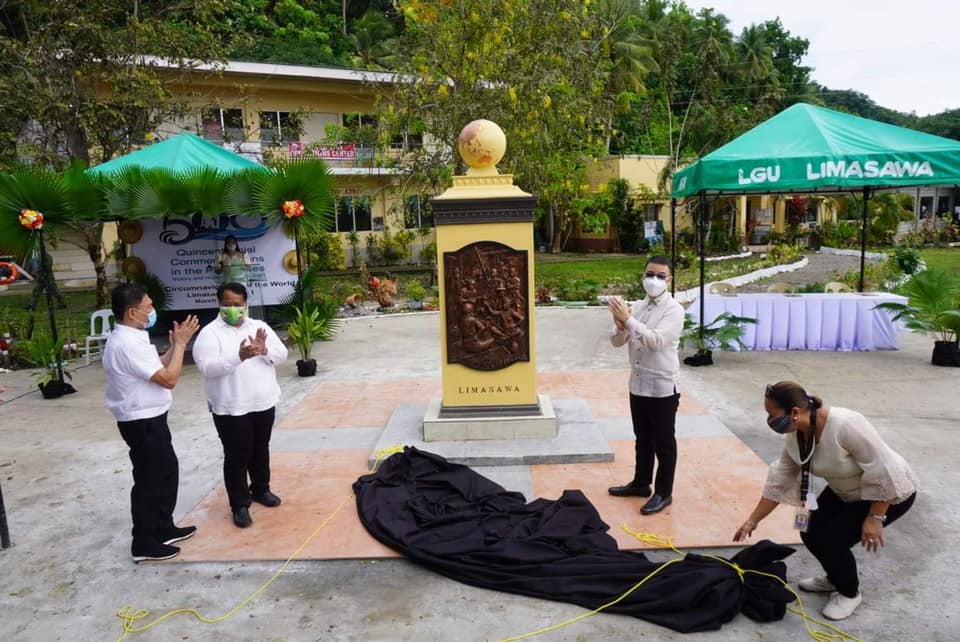 CEBU CITY – The National Quincentennial Committee (NQC) led by Undersecretary Anthony Gerald Gonzales of the Office of the Presidential Assistant for the Visayas (OPAV) with other government officials unveiled on March 29 the Quincentennial historical marker located at the Municipal Grounds in Barangay Cabulihan, island municipality of Limasawa.

Aside from the religious celebration, the NQC has more things to highlight about the role of Limasawa in the story of the first circumnavigation of the world, 500 years ago, Gonzales said during the unveiling ceremony.  He also attended the celebration of the Catholic faithful to the 500th anniversary of the Easter Sunday Mass held in Limasawa.

Limasawa Mayor Melchor Petracorta noted the significance of Limasawa in the country’s history and the first circumnavigation of the world. He said it is a great honor that the town is one of the places that completed the significant breakthrough of science and humanity. 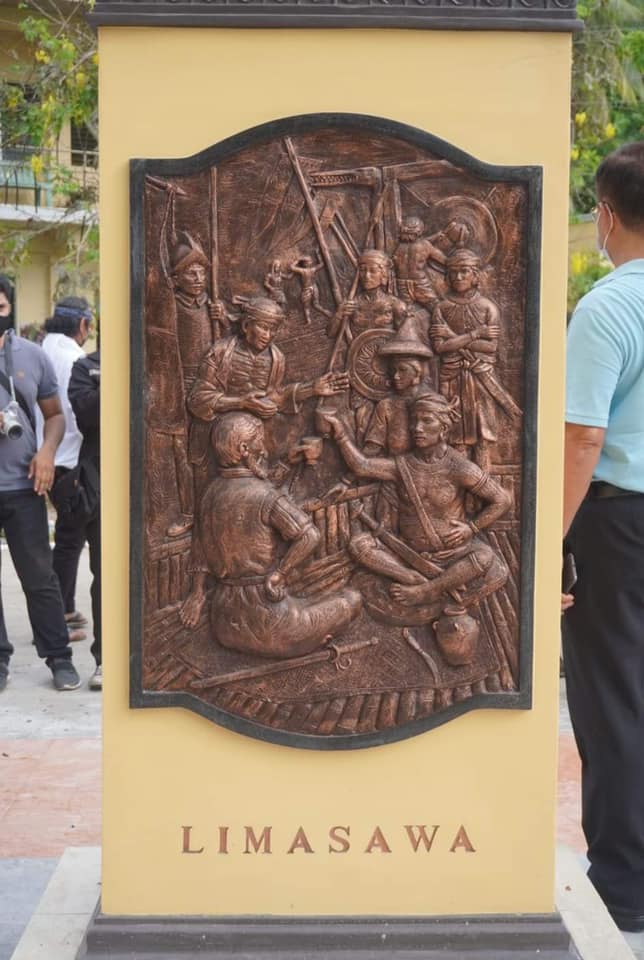 The circumnavigation of Magellan’s fleet had been a milestone in the world’s history,” Petracorta said.

According to DepEd-Limasawa Schools Division Superintendent Genis Murallos that the circumnavigation affirmed a very important truth that the world is a sphere.

The island municipality of Limasawa plays a historic role in the first circumnavigation of the world history as one of the places visited by the Spanish expedition first led by Portuguese explorer Ferdinand Magellan and later by Juan Sebastian Elcano.

After leaving Homonhon, the expedition sailed southwest towards northern Mindanao, but they dropped anchor after noticing a fire on the island of Limasawa.

“Most likely they were excited to meet another group of our ancestors after the cordial and warm reception they experienced in Homonhon Island, in present-day Guiuan, Eastern Samar. Or simply they just wanted to look for anybody who could bring them to their destination—the Maluku, or the Spice Islands in present-day Indonesia, south of Mindanao,” Gonzales said in his speech during the unveiling ceremony. 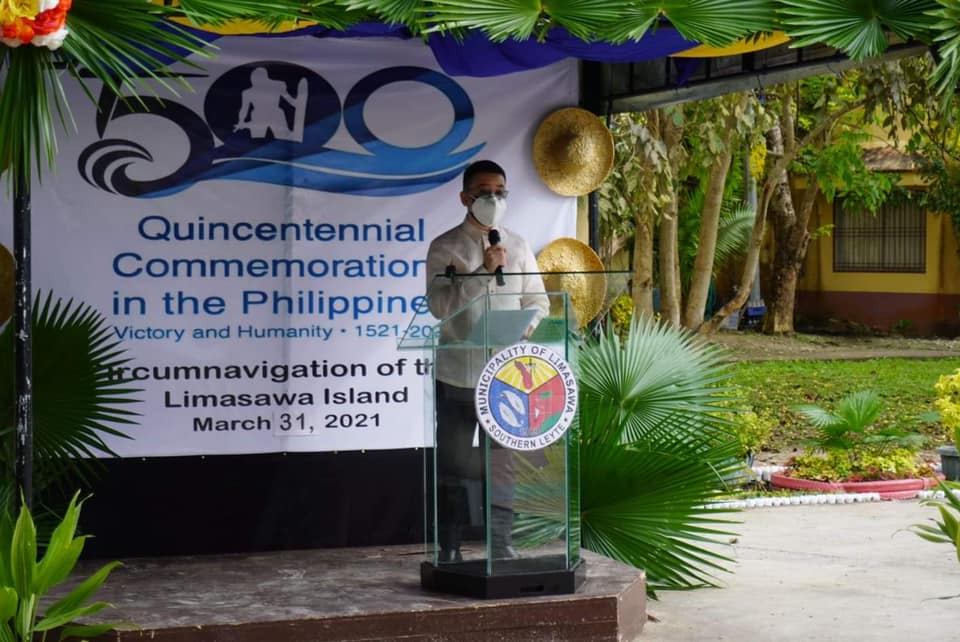 The records on the expedition showed that at the time, Rajah Colambu of Limasawa could converse in Malay language with Enrique, Magellan’s Malay servant.

Gonzales pointed that according to Antonio Pigafetta’s chronicles, the rulers in pre-colonial times were polyglot, meaning they knew different languages which was expected of them owing to their trade networks and busy connection with various places, cultures, and nations.

That contact here in Limasawa speaks a lot about our ancestors: they were indeed friendly, conversable, and most importantly exposed to different traders and nationalities, he added.

The Magellan-Elcano expedition also met Rajah Siaui of Butuan, brother of Rajah Colambu. Pigafetta described Rajah Siaui as the finest looking man that we saw among those people… tawny and tattooed all over and very grandly decked out… [according] to their customs, Gonzales said.

The rajah also had a covering of silk on his head and wore two large golden earrings fastened in his ears, the chronicler wrote.  He “wore a cotton cloth all embroidered with silk, which covered him from the waist to the knees…” and “[at] his side hung a dagger, the haft of which was somewhat long and all of gold, and its scabbard of carved wood, Gonzales added.

“Is this a description of a savage people? Remember, we were educated thinking our ancestors were uncivilized before the coming of the Spaniards and that the discovery of Magellan of these islands saved us from barbarity,” Gonzales stated.

The NQC wants the Filipinos of today to appreciate the world of our ancestors and draw inspiration from it, he noted the need to balance the exercise and expression of faith with the responsibility of being a Filipino.

“Like me, a Catholic Filipino, we can all celebrate the 500 Years of Christianity and the 500th anniversary of the Philippine part in the first circumnavigation of the world without pitting us Filipinos against each other,” Gonzales stressed.

During the unveiling ceremony, the signing of the Certificate of Transfer of the historical marker from the NQC to the municipality of Limasawa was also conducted.  The Limasawa historical marker is among the 34 markers put up in sites of the Philippine route of the Magellan-Elcano expedition.

“In behalf of the people of the island-municipality of Limasawa, I profoundly accept this historical marker of the First Circumnavigation of the World, with great honor and pride as we took part in its 500-year celebration,” Petracorta said in his acceptance speech.