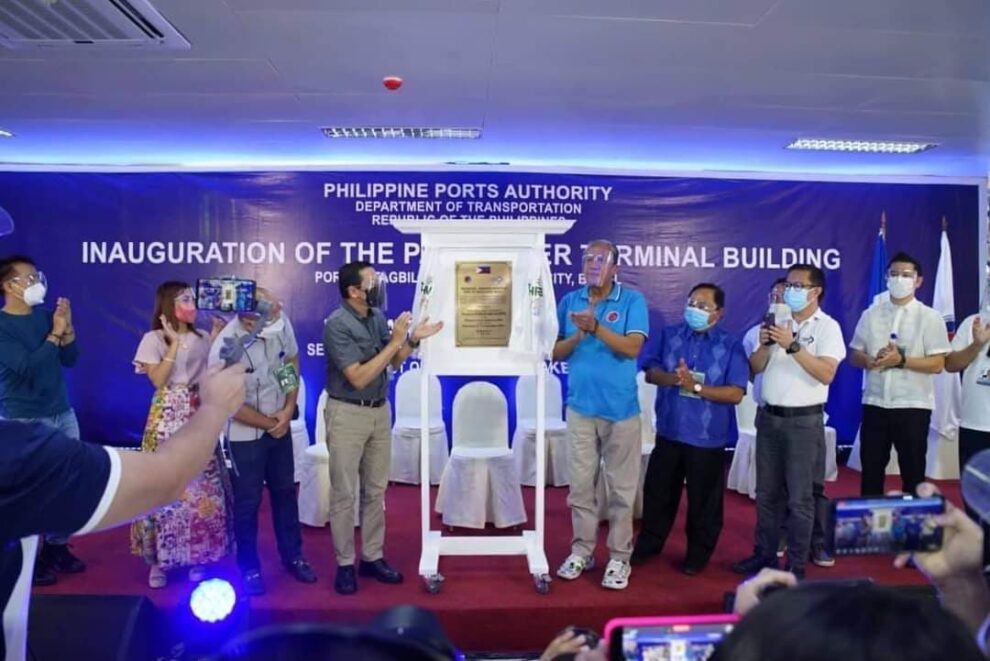 Department of Transportation (DOTr) Secretary Arthur Tugade and Philippine Ports Authority (PPA) General Manager Jay Daniel Santiago led the inauguration of the cutting-edge New Passenger Terminal Building (PTB) of the Port of Tagbilaran in Bohol, which is considered as the principal maritime gateway to and from the province of Bohol.

The world-class Tagbilaran Port PTB II is set to augment the port’s current passenger capacity of 497 passengers to 1,110. 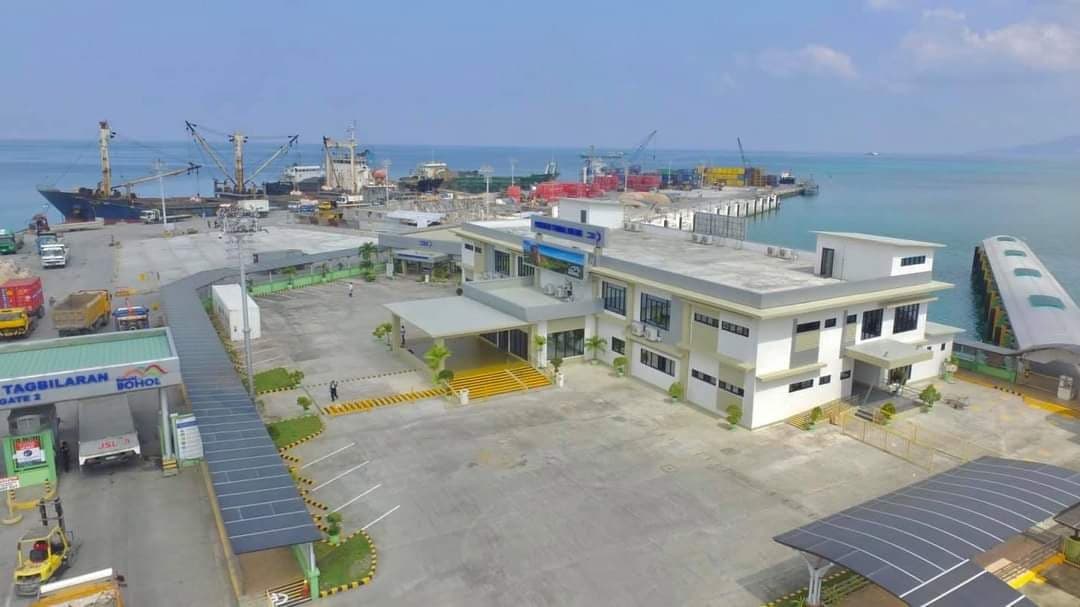 Sec. Tugade also laid out the 15 completed big-ticket port infrastructure projects in Bohol, as well as the six on-going projects where he expressed his full commitment towards their realization. 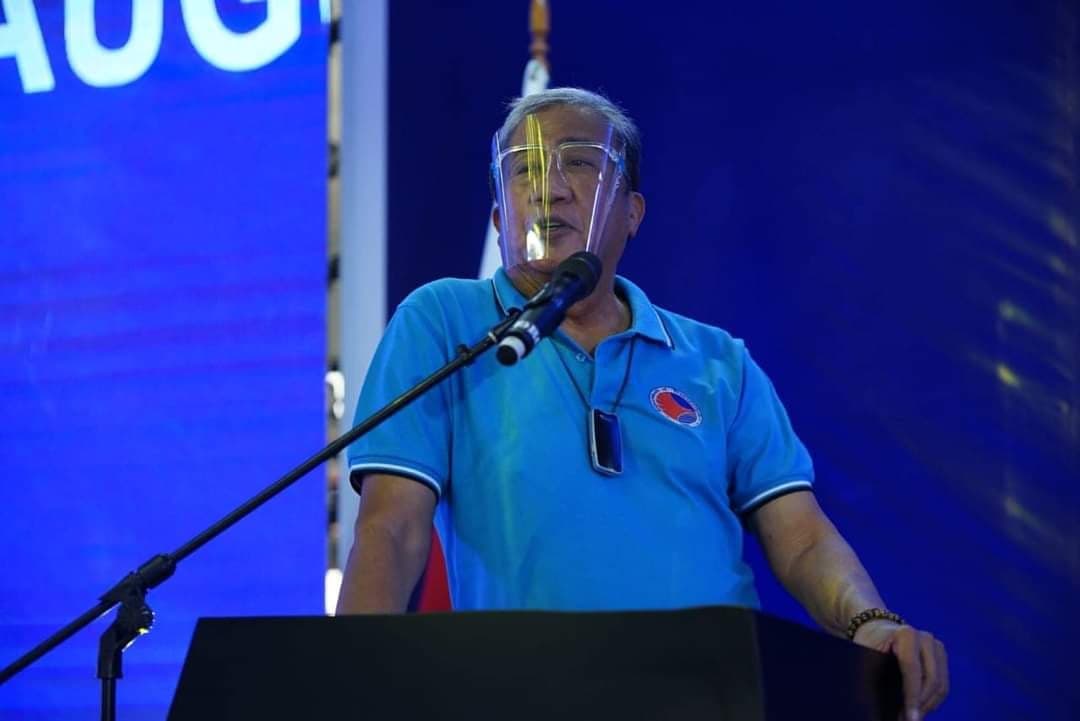 At the said event, Secretary Tugade announced that to further enhance maritime mobility and connectivity to and from the province, the DOTr and the PPA are gearing up for another four (4) port projects in Bohol, specifically at the ports of Jagna, Catagbacan, Getafe, and another improvement project for the Port of Tagbilaran.

PPA GM Santiago, who gracefully introduced Secretary Tugade as one official who has genuine concern towards the people, assured the Transportation Chief that the PPA will deliver the commitment of completing more seaport projects in the province before the end of President Rodrigo Roa Duterte’s term. GM Santiago likewise directed PPA Port Management Office of Bohol (PPA PMO-Bohol) Port Manager James Gantalao to fully monitor the progress rate of each and every project.

In his welcome remarks, PM Gantalao narrated the devastating story of the Port of Tagbilaran way back 2013—during the time when a 7.2 magnitude earthquake hit the province, and how the destruction turned into a door of opportunity and hope.

From among the LGU officials who graced the event, Bohol Governor Arthur Yap expressed his utmost gratitude and commendation to Secretary Tugade, and the DOTr for the completion of this very vital infra project, as well as other major transport initiatives in the province. 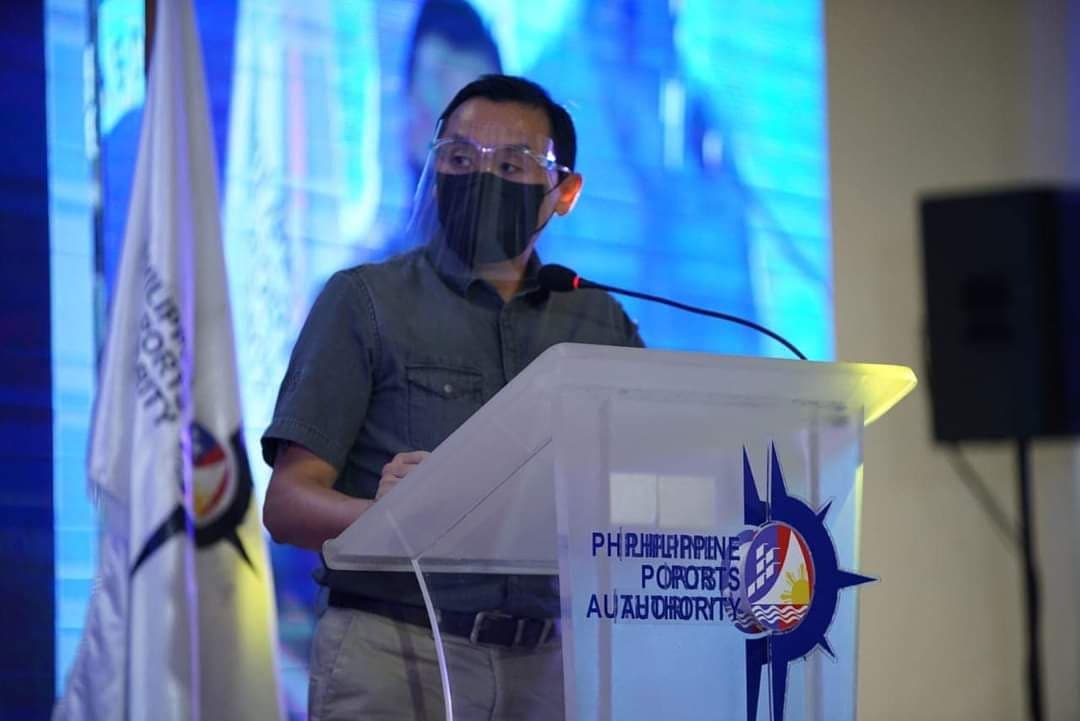 He added, “Hindi po namin makakalimutan ‘yung tulong ng administrasyong ito sa aming lalawigan, sa aming kasaysayan, because of this infrastructure na natapos ng administrasyon, we are here, para ma-recognize [ang Bohol] na isa sa mga main tourism and drivers of our economy. And that was made possible by what you [Secretary Tugade] have done.”

Members of the House of Representatives and the Mayor of Tagbilaran also extended their messages of gratitude to the Duterte Administration, the DOTr and the PPA, in delivering the much-needed port infrastructure to the people of Bohol.

For his part, Samar 1st District Representative Edgar Sarmiento said, “This is really a world-class facility, and Secretary Tugade and GM Santiago deserve a round of applause.”

He further reiterated, “This is an evidence, of how the Secretary [Tugade] did so much, and this is my function now to tell my colleagues how the DOTr is doing their own share to prepare our country back to normalcy.”

Meanwhile, Bohol 1st District Representative Edgar Chatto conveyed, “I have to give special recognition to our very own Governor, Art Yap, which has the same name “ART” as our Secretary [of Transportation], and that is a symbol of a very strong leadership in the national DOTr, in partnership with the province of Bohol.” 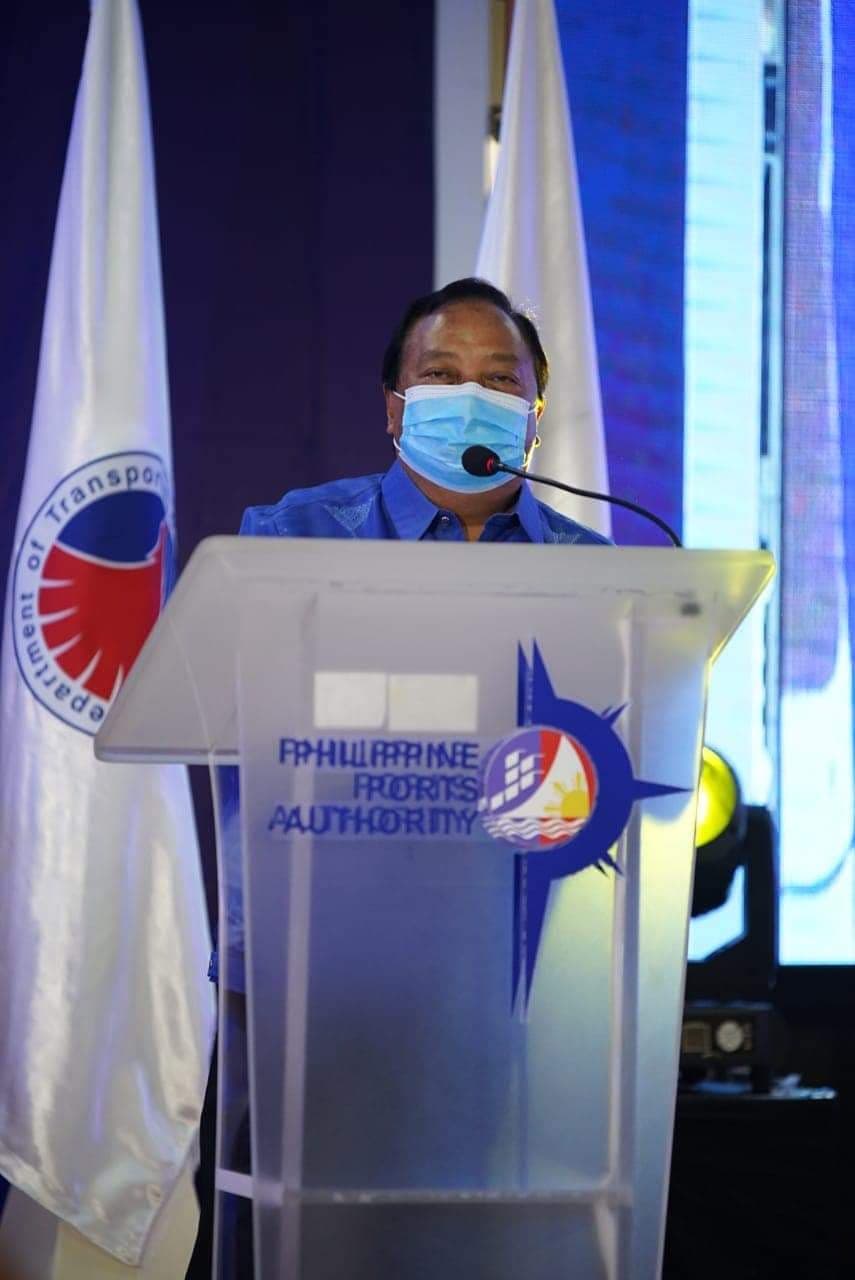 Bohol 2nd District Representative Aristotle Aumentado, on the other hand, said, “I appreciate the Duterte Administration, especially for being steadfast in making the province of Bohol competitive.”

For his part, Bohol 3rd District Representative Alexi Tutor said, “In behalf of Bohol, we thank you [Secretary Tugade] for being an instrument, and for bringing the contributory factor of bringing out the economy of Bohol. Ang dami-dami pong tulong na bibinigay ng Pesident, being you [Secretary Tugade] as the instrument, being you as the driving factor here in Bohol—ang dami-daming projects under “Build, Build, Build” Program.”

Moreover, Tagbilaran City Mayor John Geesnell Yap II conveyed, “In behalf of the City Government of Tagbilaran, allow me to congratulate all of us here for the very successful inauguration of our Passenger Terminal Building here at the Port of Tagbilaran City. I believe that it deserves a big round of applause and allow me to thank Secretary Tugade and President Duterte for including Tagbilaran city in the development plan.”

With the realization of the port development project, prime and much-improved port operations and services await local and global passengers, as the Port of Tagbilaran now has state-of-the-art facilities.

Other highlights during the inaugural ceremony were the official unveiling of the marker for the PTB II, and the turnover of the two (2) Refrigerated Reefer Container Vans to the Provincial Government of Bohol, under the “Palamigan ng Bayan” Program. 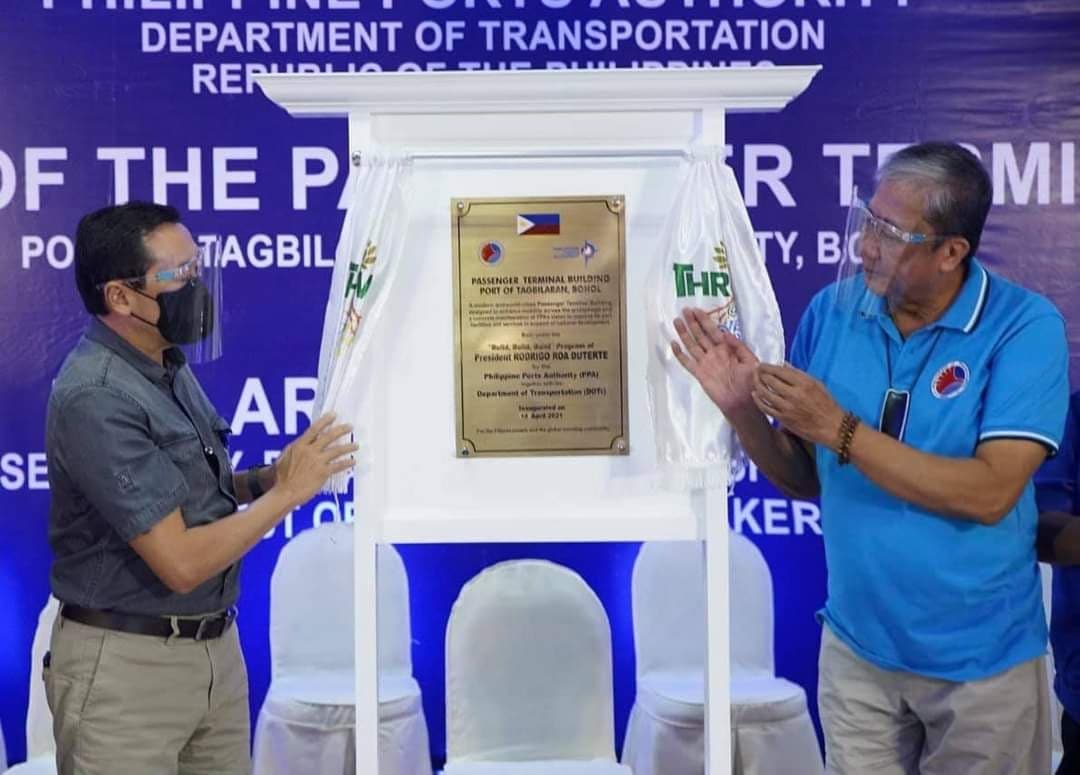 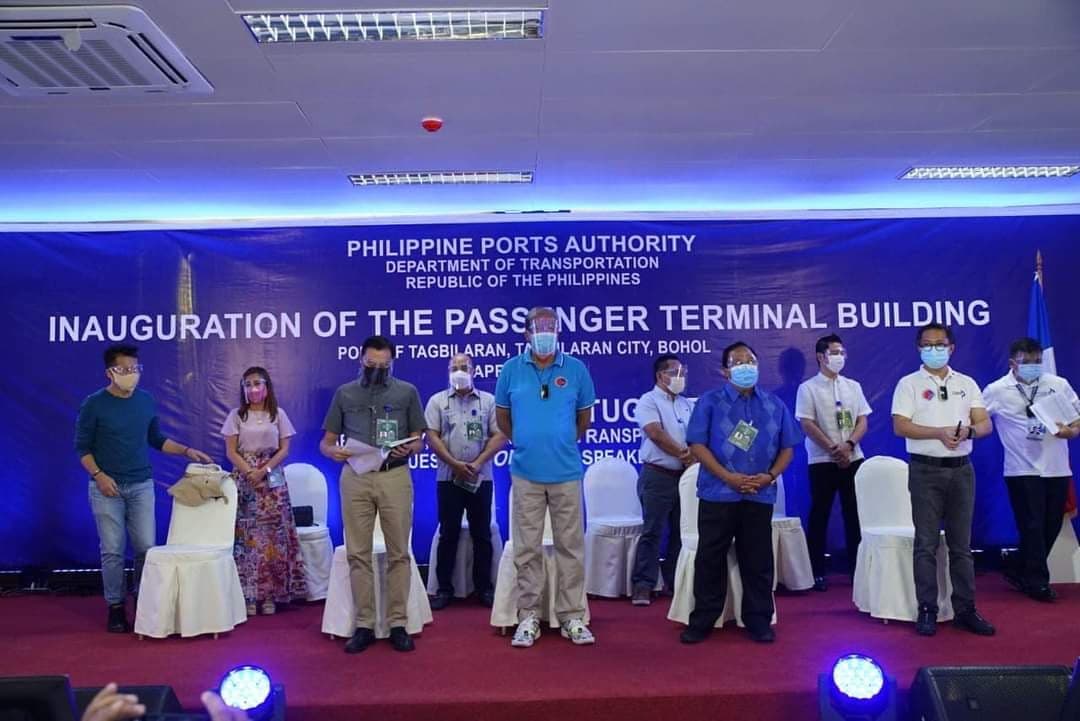 Other officials from the provincial and local government of Bohol who also attended the event are Bohol Board Member Jade Bautista, Bohol Board Member Ricky Masamayor, and Chief Provincial Health Office Dr. Yul Lopez. (Department of Transportation-Philippines)