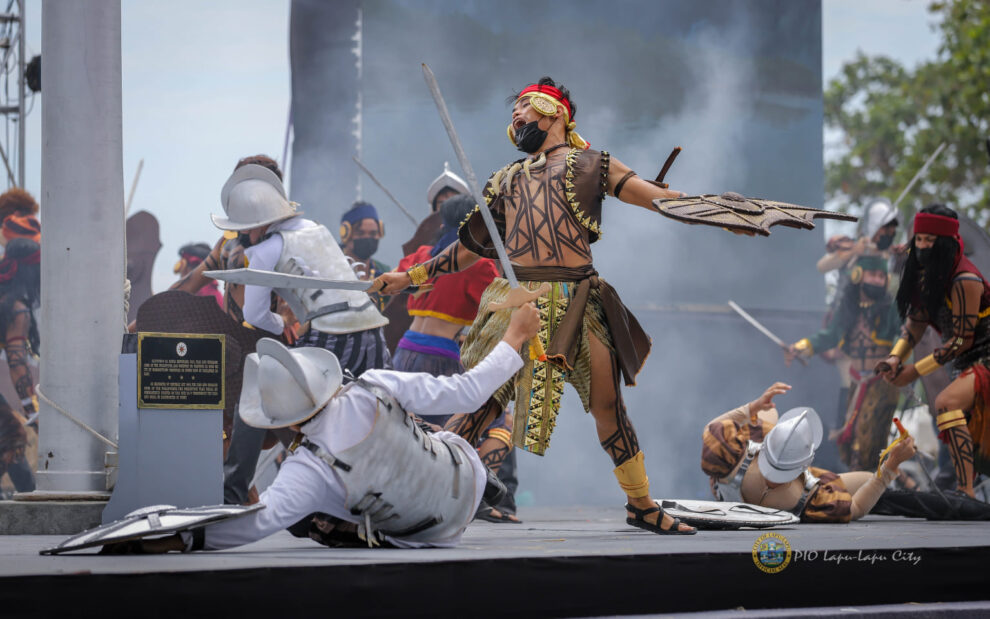 President Rodrigo Duterte and Mayor Junard “Ahong” Chan share the same vision, in this 500th Anniversary of the Victory at Mactan, where the whole nation is focused on our first national hero Datu Lapulapu, here in the City, at the Liberty Shrine in barangay Mactan.

Mayor Chan said the bravery of Datu Lapulapu, made this City the cradle of independence, the bastion of freedom, and the birthplace of the first Filipino heroism.

Representing President Duterte in the celebration here as the guest of honor is Salvador Medialdea the Executive Secretary and who is the chairman of the National Quincentennial Committee (NQC). 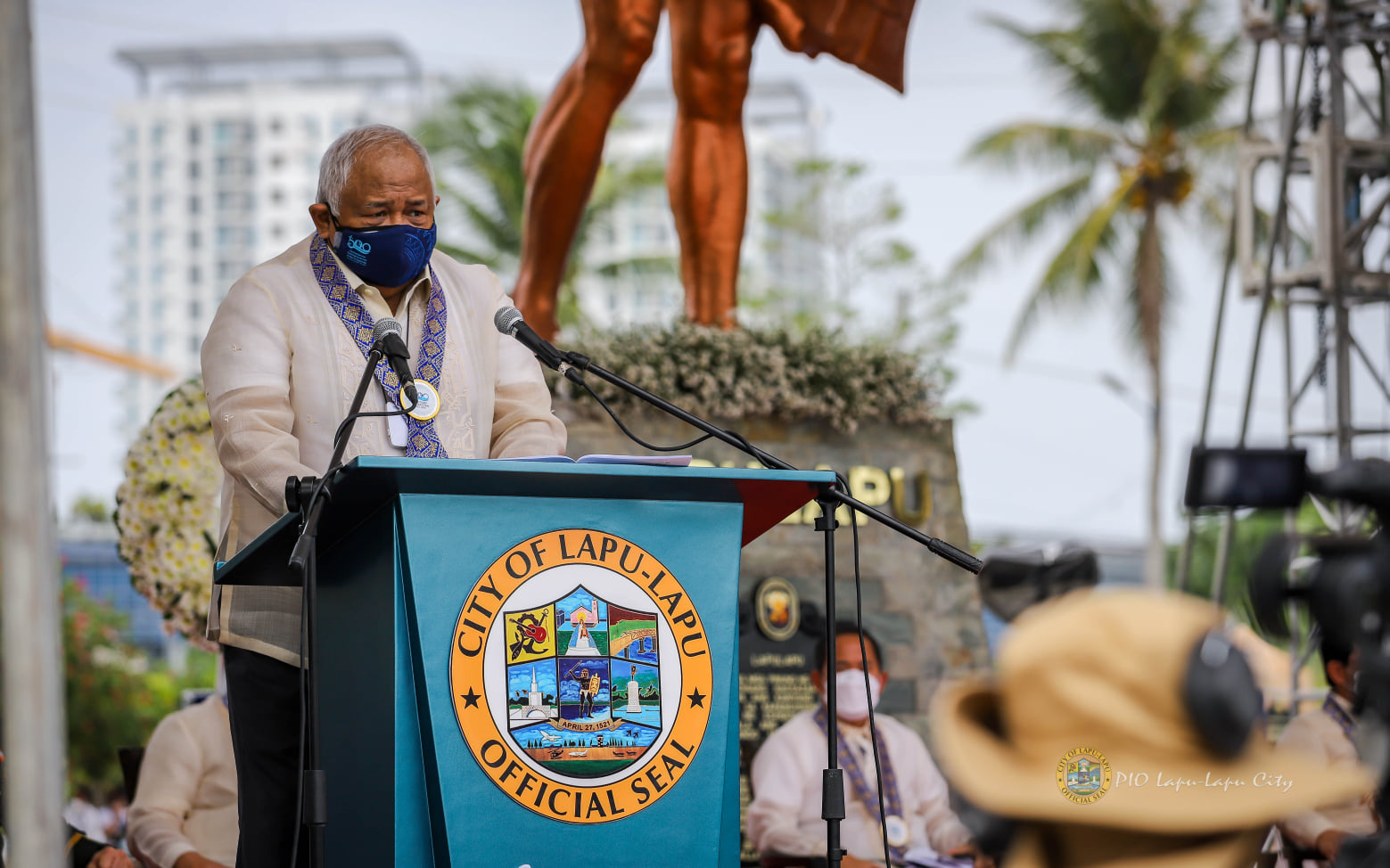 Medialdea in his message stated that the anniversary theme, Victory and Humanity, seeks to reignite nationalism in every Filipino and at the same time be acceptable to International countries that recognized Ferdinand Magellan’s expedition and his first circumnavigation of the world.

He said the Victory, is Lapulapu’s gallantry in the battle of Mactan; and the Humanity aspect is our ancestors’ compassion upon the arrival of the starving, dehydrated, and scurvy-stricken crew of Magellan. 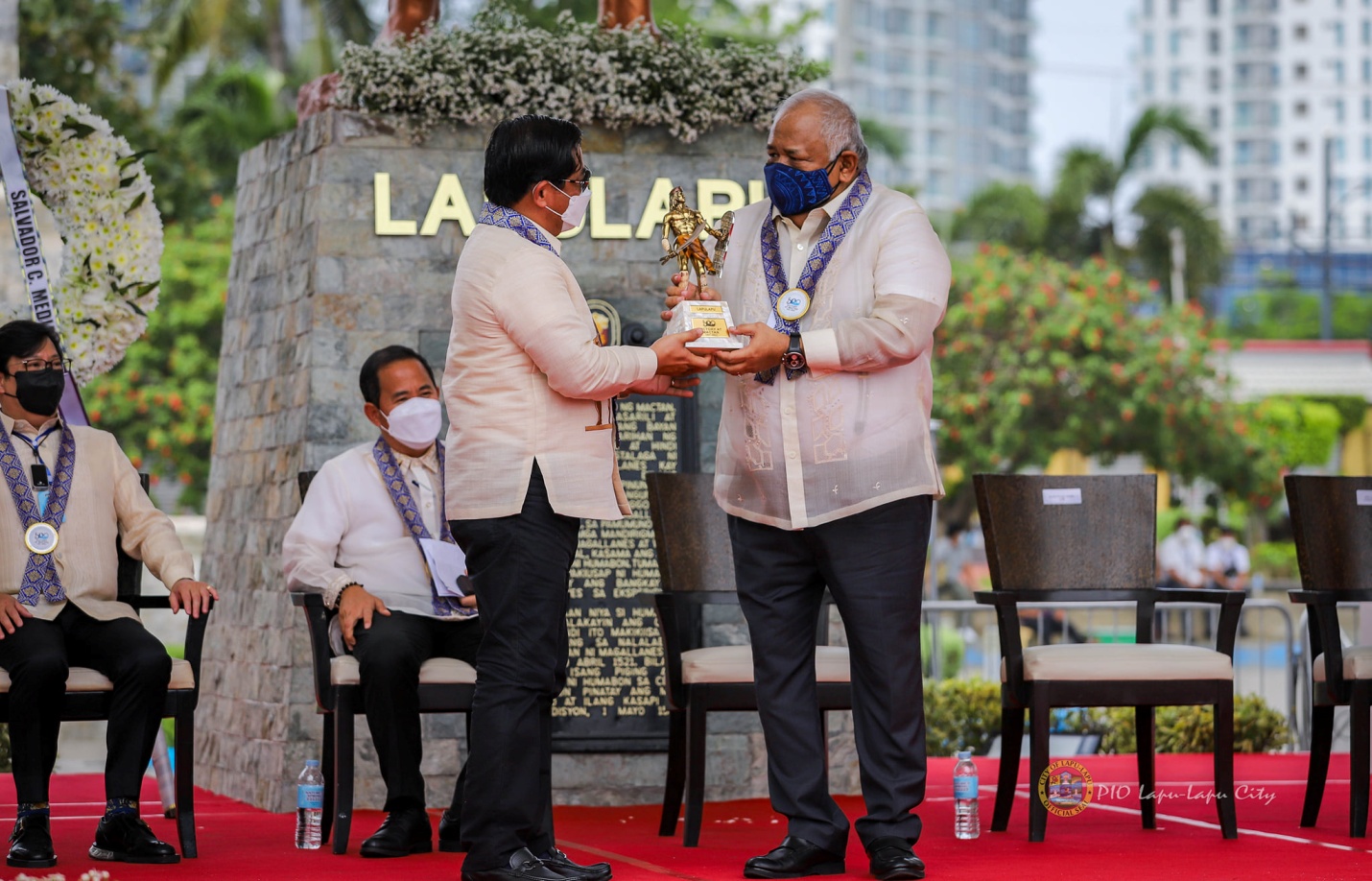 Rene Escalante, Executive Director of NQC said in his message that we Filipinos are generous, hospitable, and peace-loving.

“But if somebody would threaten our sovereignty and disturb our social and political equilibrium we are ready to defend our country,” he said.

He said this was clearly shown by Datu Lapulapu against Spain in the battle of Mactan; by Filipino revolutionaries against the Americans; and the guerillas against the Japanese during World War II.

The “500th Anniversary” program, was held in the morning and the gala night, also at the shrine.

Then, Postmaster General Norman Fulgencio of the Philippine Postal Office formally presented the commemorative stamp that bears the artist’s rendition of Datu Lapulapu.

Escalante then presented a small model of the Lapulapu national monument.

There was a virtual ground-breaking of Lapulapu Memorial Shrine and Museum, to be erected on the seashore side of the shrine.

Military defense assets and Special Forces were paraded around the shrine. 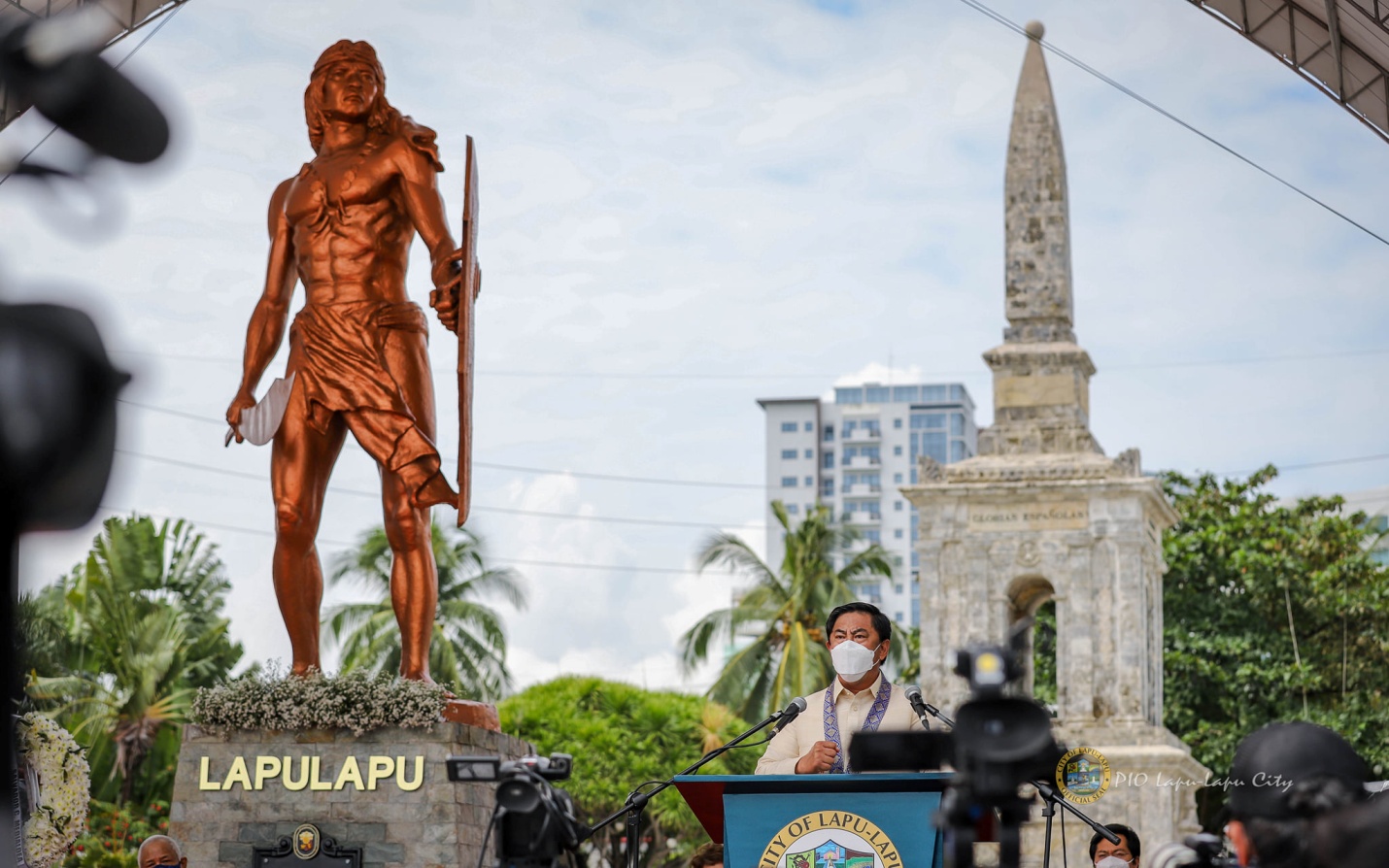 He said as we reconnect ourselves with our glorious past in that Battle of Mactan, of how Datu Lapulapu resisted an invader, we are again confronted by another invader, the deadly COVID 19 virus.

The virus invaded the bodies of numerous Filipinos and has already killed many. Mayor Chan said the fight against it has produced modern-day Lapulapu in every single one of us.

“By consciously doing our share of wearing a facemask to stop the spread and save one another from getting infected is by itself a simple act of heroism,” said Mayor Chan.

He also cited the bravery of front liners, “who stood up the challenge, risking their lives to protect and save the lives of others.”

The mayor cited President Rodrigo Duterte by saying, “Let us all become worthy heirs to their legacy so that we may leave behind to the succeeding generations of Filipinos, a nation that they will also proudly give up their lives for.”

Then, the awarding of the winners of Quincentennial art competition and Lapulapu national monument competition.

Presidential Assistant for the Visayas Michael Lloyd Dino introduced Medialdea, who then gave his message.

Shortly before noontime, was the signal for President Duterte’s simultaneously broadcast aired nationwide. 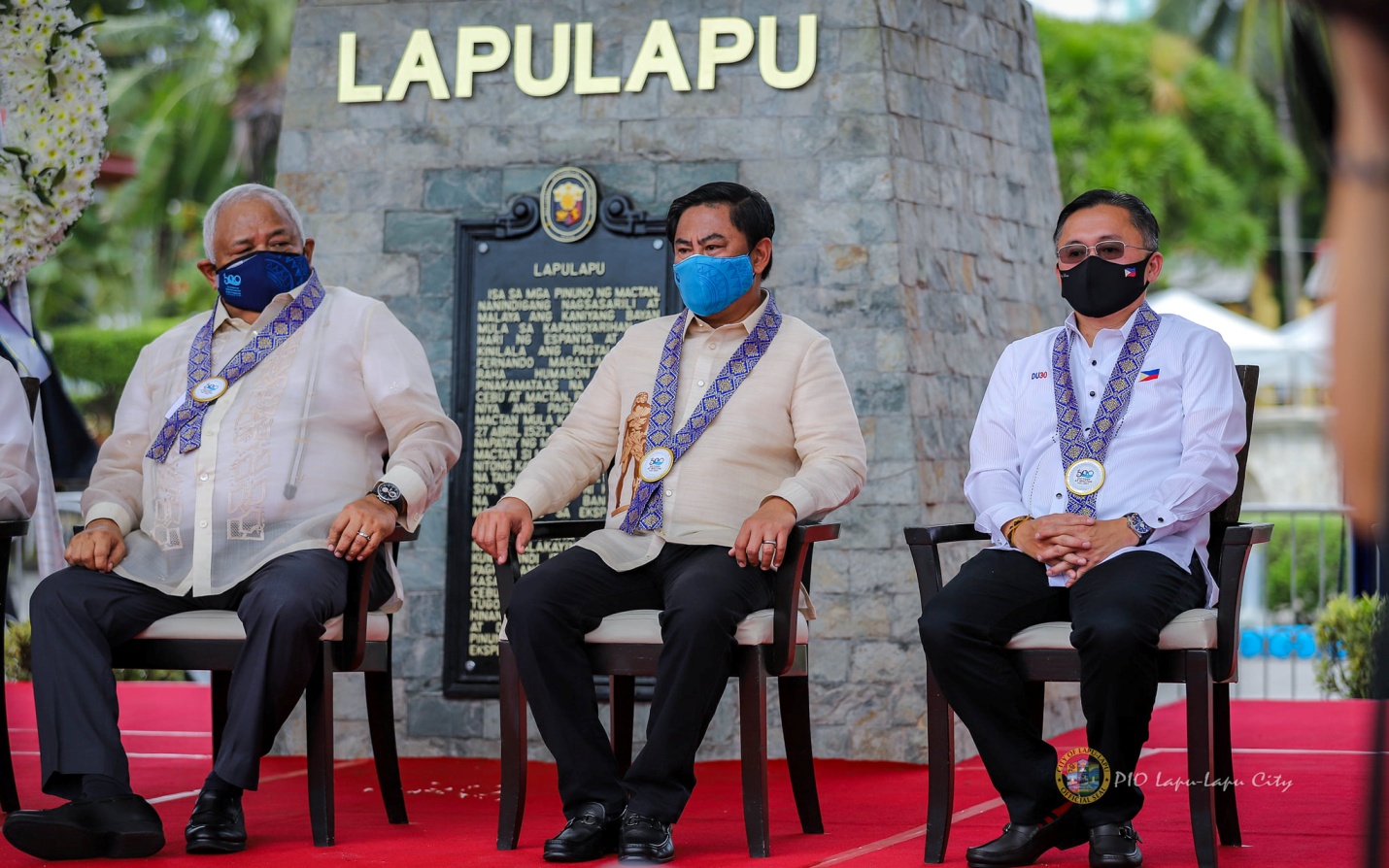 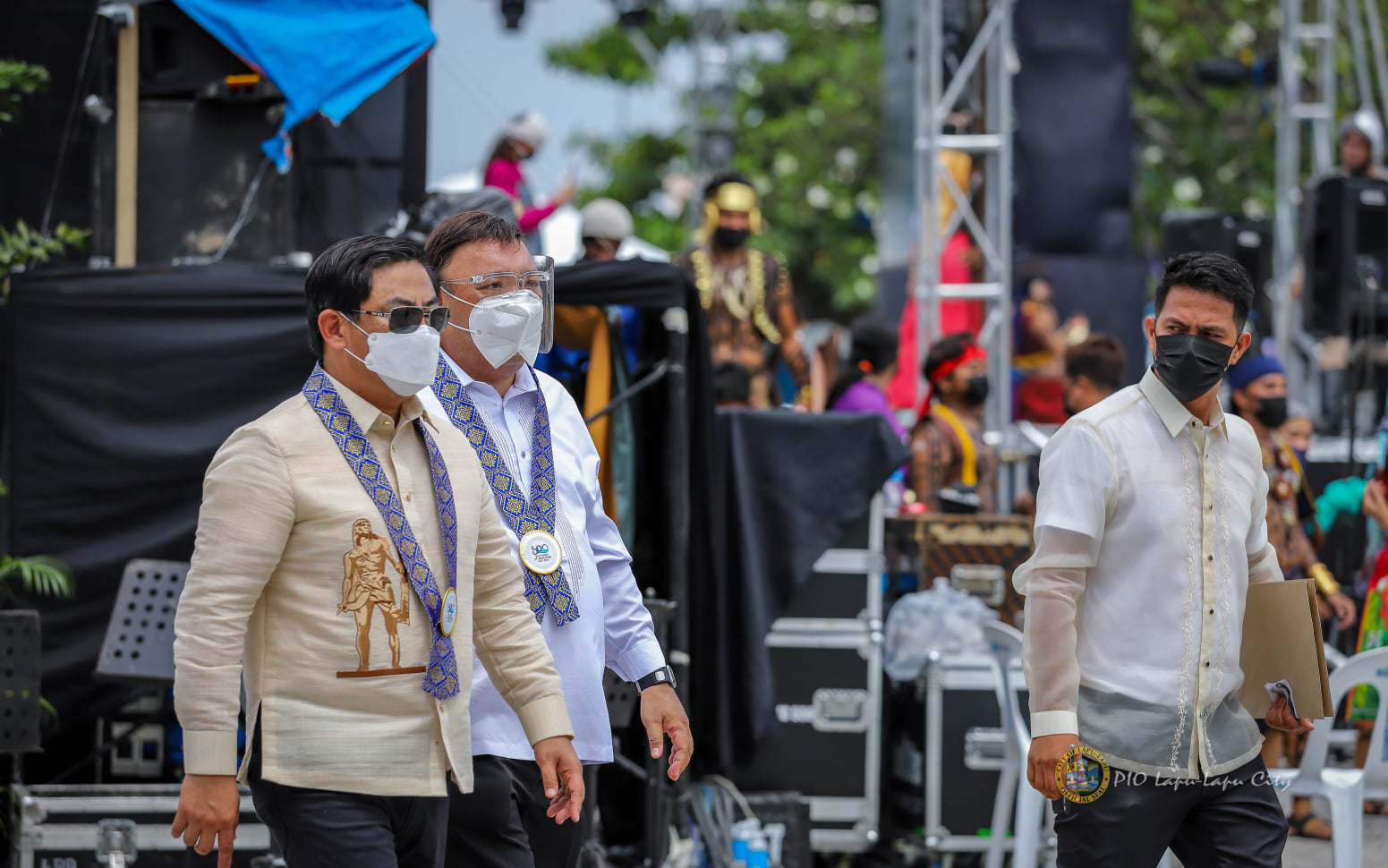 Like Mayor Chan, the President also sees our present fight against this unseen invader.

“Now, more than ever, we must show our resiliency, strengthen our commitment, and espouse the Bayanihan spirit as we collectively strive to overcome the COVID-19 pandemic,” President Duterte said.

Like the mayor, the President also sees, who are our modern-day “Lapulapu”.

“Today, let us honor the worthy heirs of Lapulapu’s legacy-frontliners and health care workers- who, despite the challenges that come their way, continue to work for the safety and well-being of our people and advancement of our nation,” the President said.

The President considered them the contemporary heroes that we must emulate.

After the brief President Message, the 10 to a 15-minute battle of Mactan was reenacted. 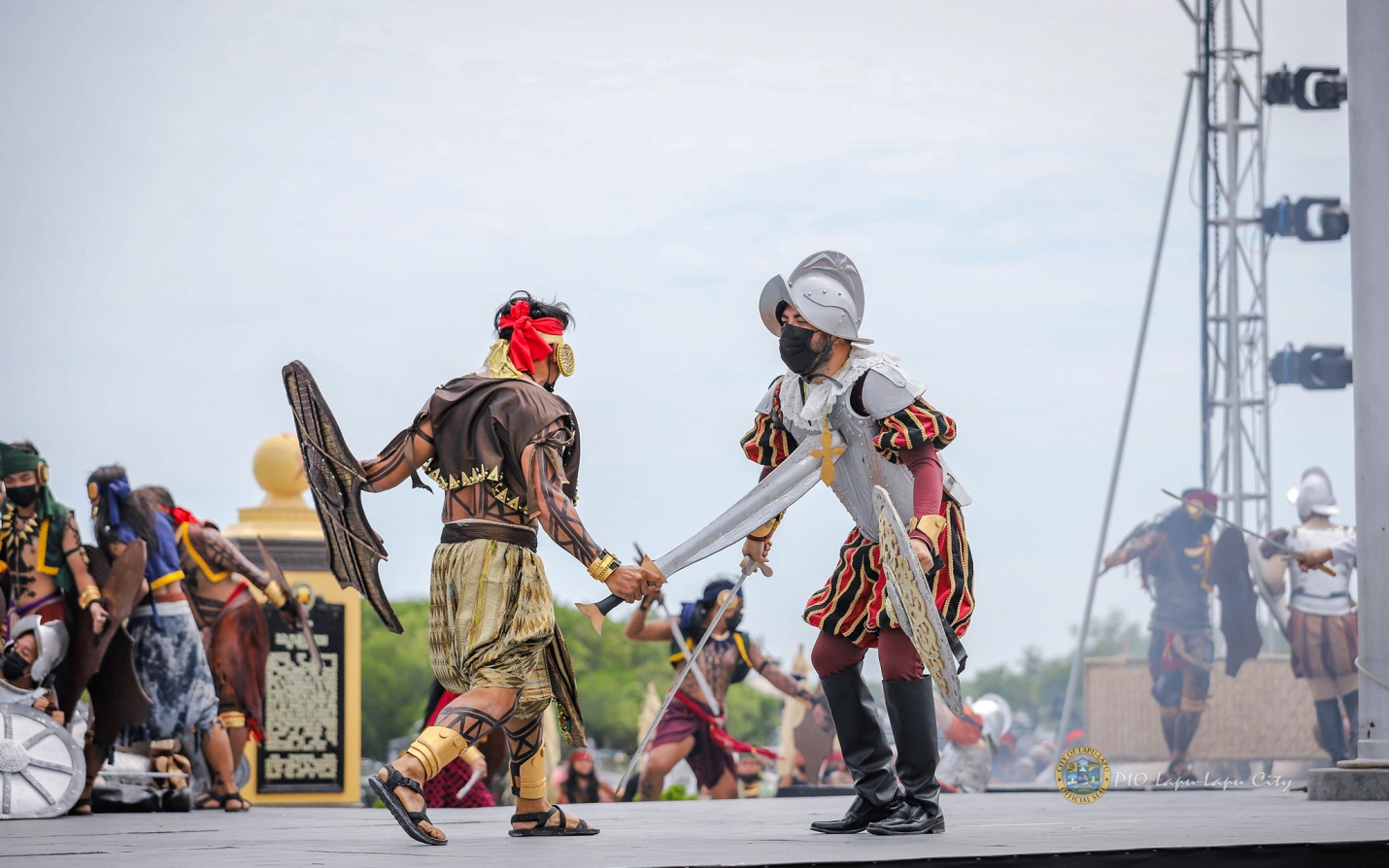 The rationale behind this is to save money which is necessary for this time of the pandemic.

“Let us cherish this once-in-a-lifetime moment, for none of us will be around the next time a celebration of this magnitude will be staged in the next 500 years,” the mayor said. PIO