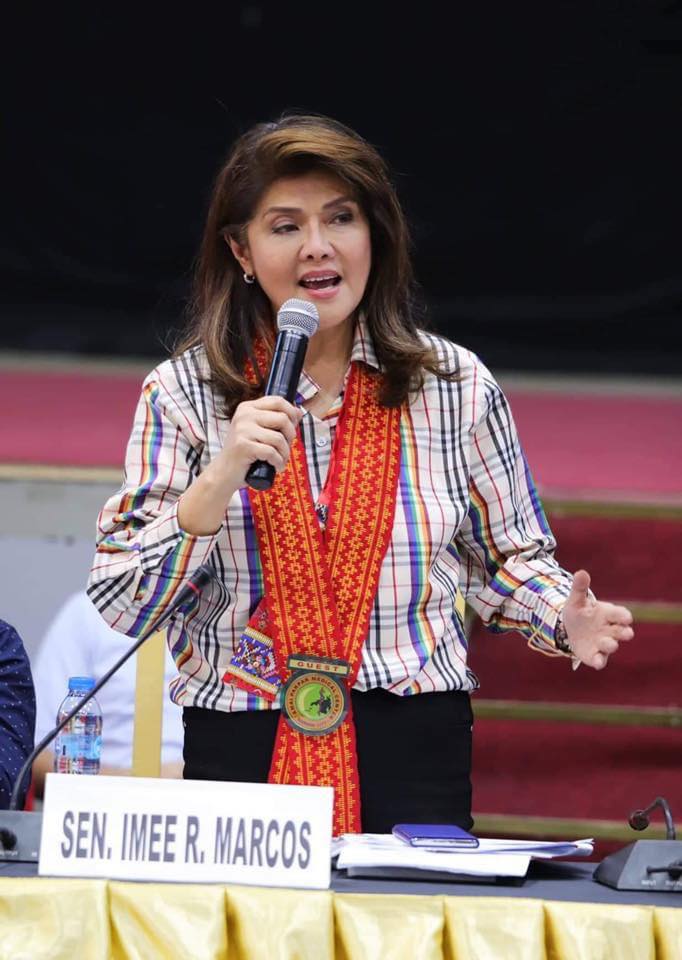 Senator Imee Marcos has backed up President Duterte’s policy of shunning confrontation and instead “pursuing common ground with China and other maritime claimants” to ease security tensions in the West Philippine Sea.

Marcos urged the President to immediately appoint a special envoy to China to discuss the continued presence of Chinese militia in the Philippines’ exclusive economic zone.

“Preferably, a member of the Duterte family like Mayor Sara,” Marcos said, calling it a “very Asian strategy” that will lend a personal touch to bilateral talks and also ensure a frank discussion of developments with the President.

“Diplomatic protests are certainly in order, but constant confrontation delays consensus and is really not the Asian way of solving disagreements,” Marcos said, recommending a “verbal ceasefire” as another immediate measure.

Marcos cited bilateral and multi-state negotiations that the government can “take to the next level,” from joint treaties on fishing, exploration, crime-fighting and coastal management in disputed maritime areas, to completing the joint South China Sea Code of Conduct among ASEAN states and China.

“Malaysia and Vietnam are showing the way. They’re now finalizing a memorandum of understanding on shared security and use of maritime areas under dispute,” Marcos pointed out.

Marcos said the Duterte government’s policy of pursuing shared interests should be expanded, citing the successful establishment of a joint naval anti-terrorism force with Malaysia and Indonesia, following the Marawi Siege.

“Besides agreements between member states, the whole ASEAN must also propel a joint Code of Conduct with China to its completion. It’s been almost 20 years since it was proposed and only general terms have so far been agreed. Let’s finish it ASAP!” Marcos added.

“The emphasis of foreign policy is to pursue shared goals rather than just unilateral interests, if harmony is to be achieved,” Marcos said.