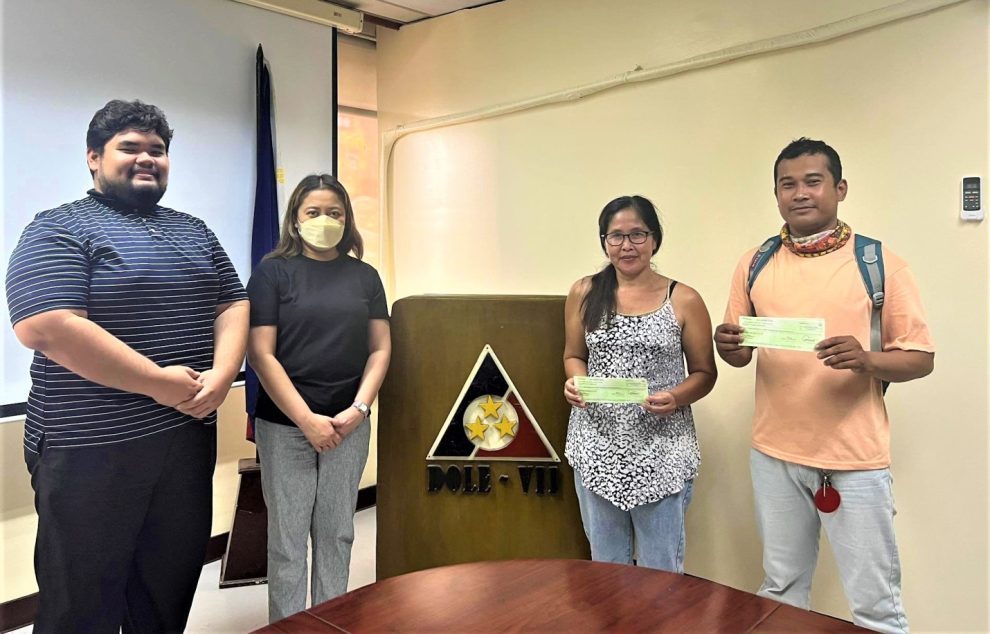 A former maintenance worker of an Adventure Park company, along with 13 others, received back wages and unpaid benefits after the Department of Labor and Employment executed a writ and issued an order mandating a bank to release the amount due to its workers.

Ronald Perales, a 42-year old native of Carmen, Cebu received over P150,000 in monetary award from DOLE, according to DOLE-7 OIC-Regional Director, Lilia A. Estillore.

OIC-RD Estillore disclosed that the concern of the workers was lodged at first as a request for assistance under the Single Entry Approach (SEnA) Program.

“Since there was no settlement reached between parties involved, it escalated into a case. We’ve noticed that the concerned company failed to address the issues raised and rectify the violations identified during the conduct of mandatory conferences and hearings. Such failure to demonstrate compliance to the labor laws prompted the DOLE to issue a Compliance Order, which later ripened into the issuance of a Notice of Finality and a Writ of Execution,” she explained.

On 17 October 2022, DOLE-7 issued an Order mandating a certain bank to release the garnished amount to its cashier. And sometime in November 2022, DOLE-7 released the total amount of Php1,995,407.53 to the 13 affected workers, including Perales as full satisfaction of their claims.

The amount represented restitution for the underpayment of wages and the non-payment of the 13th month pay of the workers, OIC-RD Estillore said.

Perales was quoted as saying in Cebuano, “I’m so happy because I already received what’s due to me and the fruits of my work. Finally, I managed replacing our dilapidated roof. I was also able to pay for our debts.”

He had worked for the company for 17 years but during these years, the company did not give him the benefits he was entitled to. They tried to talk to the company but they were told they would not receive anything and instead they can go to DOLE, Perales added. The workers then sought for assistance with DOLE.

Ronald and his co-workers only wanted to be compensated properly as they were underpaid and were not given the Thirteenth Month Pay which are all mandatory based on the Labor Laws.